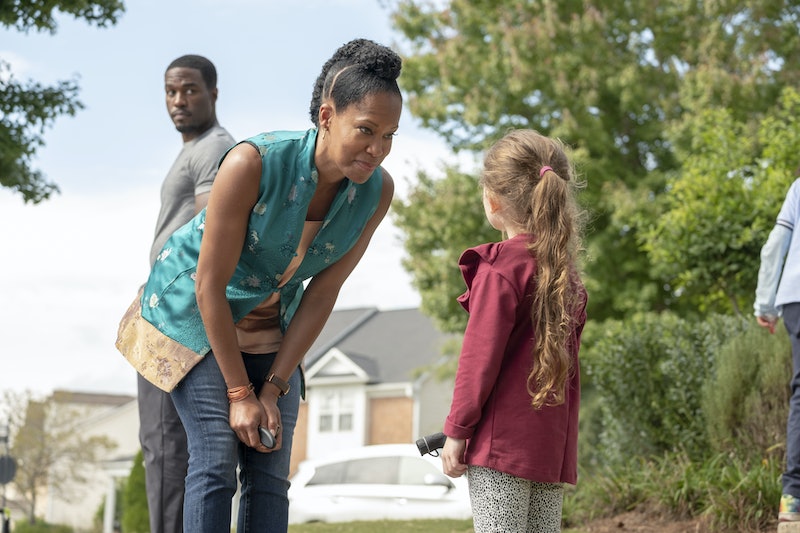 Many elements of the alternate world in HBO's Watchmen can be explained through the comics the series is based on — like President Robert Redford or the existence of falling squids. But one event that is unique to the show is the White Night in Watchmen. Regina King's Angela Abar briefly outlined this coordinated attack on Tulsa police to the children at her son's school in the premiere episode. Even while attempting to make it kid-friendly, the destruction of the White Night was clear and changed the face of the Tulsa police department.

HBOI's Watchmen began with the real-life Tulsa race massacre from 1921. White mobs attacked the thriving "Black Wall Street" business district of Greenwood, Oklahoma, and left thousands of people without a home and an estimated 300 dead. The Tulsa massacre targeted the Black community and this real-life tragedy establishes the race relations that exist in Tulsa in 2019. With the White Night, the Seventh Kalvary seemingly targeted all Tulsa police officers — but the violent anger of white racists was the cause.

The Seventh Kalvary is dedicated to killing the Black population and in a video shown to the police, their leader claims, "Do not stand between us and our mission or there will be more dead cops." While not explicitly stated, that might have been the motivation behind the White Night as well — police were stopping the Seventh Kalvary from terrorizing and murdering the Black community.

Chief Judd Crawford noted that the White Night occurred three years before the start of the series and Angela explained to Topher's class that this was "before police officers were allowed to wear masks." She added, "So the bad guys they knew who I was and they knew where I lived and they came to my house and they shot me." She wasn't the only police officer to be attacked that night. The show hasn't revealed it yet, but The Daily Beast reported how Angela and Cal's children were the biological children of her police partner. The Atlantic noted that Angela's partner and his wife were killed during the White Night.

Angela claims publicly that she retired from law enforcement after the event, but she still works as a detective wearing her Sister Night costume. Perhaps the Sister Night name comes from the fact that she's avenging the deaths of her fellow police officers from the White Night. But again, she is not the only person to adopt a costume or mask following the attack.

In 2019, it's "against the rules" for police officers to reveal their identities given how many of them were murdered on the White Night. Patrol officers seem to wear simple yellow masks to cover the lower half of their faces while detectives — like Red Scare, Looking Glass, Panda, and Angela — wear more elaborate getups.

Interestingly enough, the only police official to go around unmasked is Chief Crawford. He ends up murdered at the end of the first episode while on his way to visit Charlie Sutton, the officer who had been shot by the Seventh Kalvary earlier in the episode. He seemed to be set on taking down the organization, but could he have been involved with them? The leader of the Seventh Kalvary sure had similar eyes to Don Johnson, so maybe Chief Crawford wore a different kind of mask — that of Rorschach.

What occurred during the White Night — and Chief Crawford's involvement in it — will be revealed as Watchmen continues. But the White Night made masked crusaders out of the police and demonstrated that not even law enforcement is safe from these white supremacist terrorists.