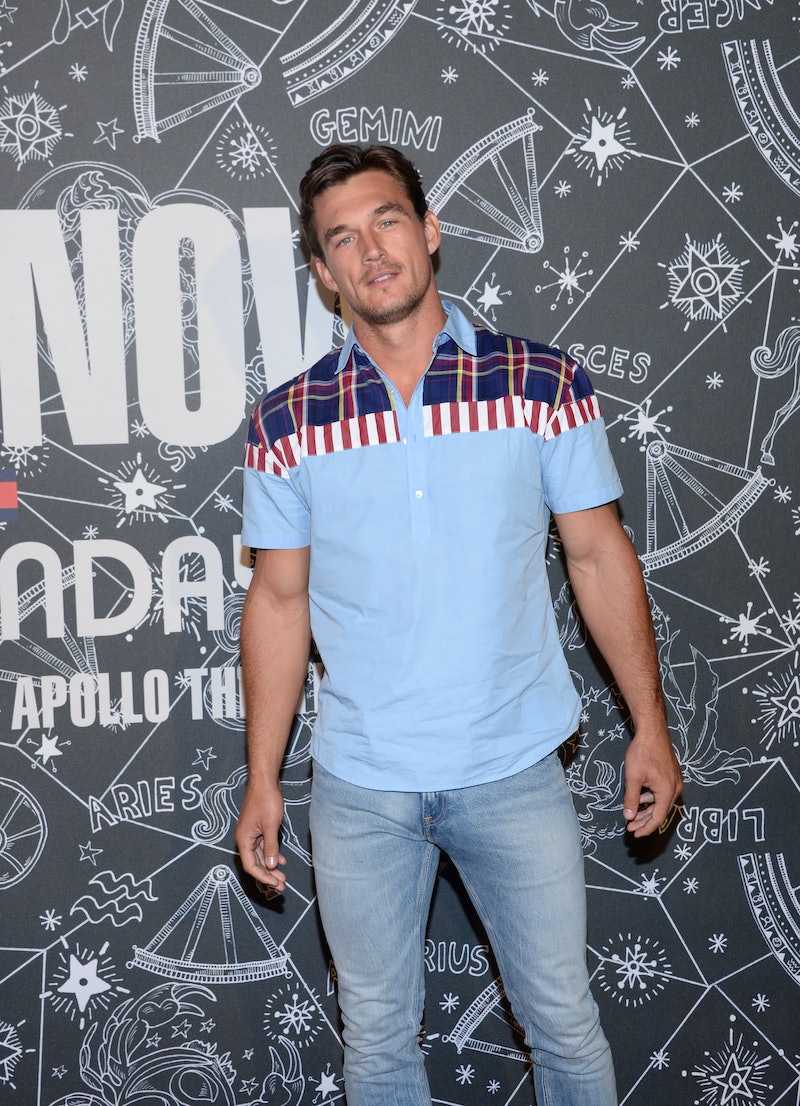 On Sept. 17, Peter Weber was officially announced as the next Bachelor, but it could have been Tyler Cameron. Or at least that's what he recently revealed. However, Tyler turned down The Bachelor because of his relationship status — at least in part.

Why did he say no to the opportunity? "You shouldn't go on the show if you have a girlfriend," Hannah Brown's Bachelorette runner-up told Entertainment Tonight in an interview published on Sept. 24. Tyler didn't elaborate on the specifics of his relationship status in that interview, but he has been hanging out with supermodel Gigi Hadid since early August. Tyler even traveled to the Netherlands with her entire family for her grandmother's funeral in September. It appeared that their relationship was a pretty serious one, but Tyler recently painted a very different, platonic picture.

He said, "We're just friends" in a different Entertainment Tonight interview published that same day. He also said, "I mean... that's just where we're at. Our relationship doesn't need to be public. She's good people, she's an amazing person and we're just keeping it friendly." That's quite the contrast from his reasoning for turning down the Bachelor role.

Tyler added, "I'm at the point where I don't really want to talk about my relationships. I've dated publicly, so... I'm trying to date privately and I'm not in love with anybody right now." That's understandable, but he is known because of his participation in a reality TV dating show. It's only natural that there would be a curiosity about his love life.

His comment about not going on the show with a girlfriend could have also been a reference to Jed Wyatt, who proposed to Hannah even though he reportedly promised his ex at home that they'd get together post-show. Hannah and Jed split when the news went public while her season was airing, and the breakup was filmed for the finale episode. Some fans held out hope for Hannah and Tyler to reunite, especially after they got a drink together, and he was seen walking out of her Los Angeles apartment the next morning on Aug. 2, per People. This was just two days before Tyler was spotted with Gigi at DUMBO House in New York.

His (confusing) relationship status wasn't the only reason Tyler opted out of the rose ceremonies though. He shared with ET, "My dad was very sick and I was very nervous and scared. I sat on it, thought on it, and my heart wasn't in it." During the Aug. 27 episode Juliet Litman’s Bachelor Party podcast, Tyler said Hannah "reached out to me when my dad was sick. That was super sweet of her."

Additionally, Tyler also told Entertainment Tonight, "My heart wasn't 100 percent there, and that's something you have to be fully invested in. I was on the other side as a contestant, which is a much easier role than being the lead of the show." And why mess with perfection? Tyler seems to be one of the most popular contestant in Bachelorette history. At the moment, Tyler has 2.2 million Instagram followers. He won over so many viewers during Hannah's season who wanted to see him find love on TV. However, Tyler ended his reality TV career on a great note: beloved by the fandom. It's always a good thing to go out on top.