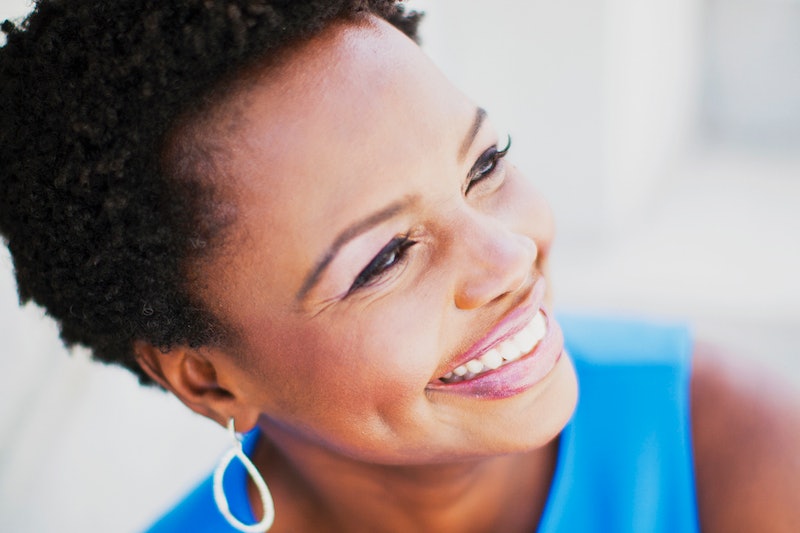 I am everything Donald Trump hates. I'm a woman, I'm black, I'm LGBTQ, I'm a mother, and I'm an immigrant (not necessarily in that order). So this weekend, as I tucked my 3-year-old daughter into bed while news trickled in about the violence in Charlottesville, I was not surprised.

I was not surprised. This was inevitable.

No one who's been paying attention should have been surprised — just take a look at Trump's actions since he became President. Within the first month of his presidency, Trump tried to ban Muslims from entering the country. He tried, and is still trying, to build an unwelcome, anti-American wall on our southern border. He cut funding for the Department of Labor's Office of Federal Contract Compliance Programs — the very office tasked with upholding civil rights and ensuring federal contractors do not discriminate on the basis of race, color, sex, sexual orientation, gender identity, religion, and more. He also froze $10 million worth of grants dedicated to countering violent extremism and preventing domestic terrorism by white supremacists.

Many have argued that Trump hasn't gotten anything done in his first eight months of office, and in some ways, they're right (hello, ACA). But Charlottesville wasn't a coincidence. The rally and the violence that followed was the result of Trump's calculated plan to stoke racism, inspire hatred, and encourage brute force. He's normalized it all on the way to 1600 Pennsylvania Avenue, and in the process, has shown that there are no longer consequences to blatant bigotry.

"I should not be afraid to put my daughter to bed while white supremacists are not afraid to cover their faces."

But America is greater than Donald Trump. We can make sure that there are consequences for racism, anti-Semitism, and white supremacy. Because, after all, unabashed racism hurts everyone of us.

These are the ideas that keep me up at night; they're the monsters under my daughter's bed. They're what made me grateful she's only 3, because I don't know how I'd explain what's happening in our country if she were older.

Racism always leads to violence — and that's what we saw this weekend in Charlottesville.

That's why we need to step up — all of us. In different ways. It's time to stand up, and attend a rally or vigil in your community — or organize one if there's not already one planned. Join an organizing call to find ways to stand up to white supremacy. It's time to work with your local elected officials to remove symbols of the Confederacy and demand that proponents of white supremacy like Steve Bannon, Sebastian Gorka, and Stephen Miller be ejected from the White House.

White allies need to make sure they are not silent. They need to reach out to their affected friends and be there for them — but also go home, to their own families and communities, and have hard conversations about race and racism.

I should not be afraid to put my daughter to bed while white supremacists are not afraid to cover their faces. It's time to stop being surprised — and start surprising Donald Trump with the tenacity of our organizing, the fervor of our activism, and the true power of our resistance.