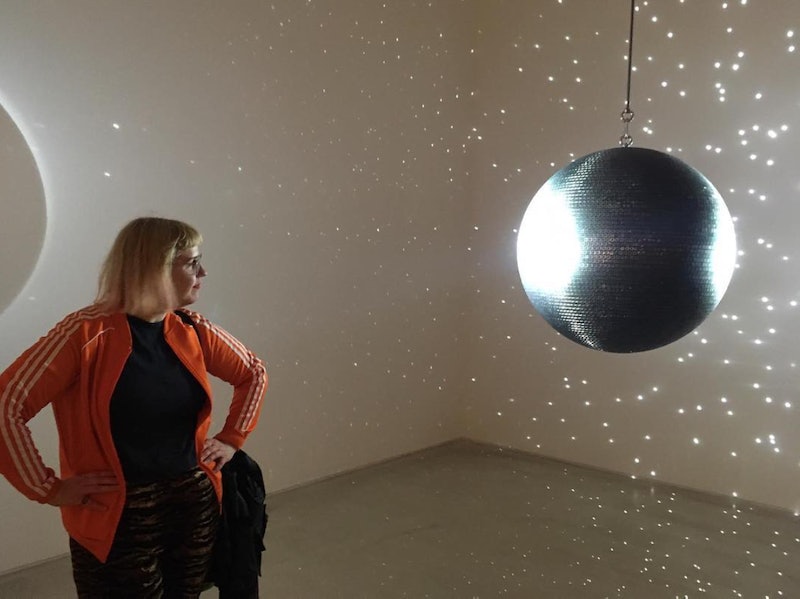 Booze has been getting a hell of a lot of negative press recently, for a lot of fairly obvious reasons. Alcohol has been proven to have harmful effects on both our physical and mental health, but the fact that it's so normalised and accessible makes it an absolute nightmare to avoid. So much so that I have found myself in a situation where I have potentially become dependent on it in many ways. So, in order to take a good hard look at my drinking habits, I chose to give up alcohol for a month. And, guys, it's been revealing AF.

Going sober is very a la mode. Generation Z be loving that sober life. In fact, younger generations have embraced the no-drinking lifestyle so enthusiastically that (dare I even utter these words) sobriety has actually become... kind of cool?

You know what's not cool? Going 15 years without more than ten alcohol-free days. Which was my situation before I started this little project. So, as you might imagine: eschewing alcohol in favour of a healthier lifestyle was a completely terrifying prospect. TBH, my main worry was simply not being able to do it, and what that would mean in the grand scheme of things. And that worry almost stopped me from trying it all together. Do you ever think about how many times the fear of failure puts you off doing something? How many times fear in general has stopped you taking the plunge?

So, in an attempt to force myself through that fear, I did the intelligent thing and went sober as a part of my writing job — that way, I had to quit. How pathetic is that? Or maybe it's a reflection of something greater: a serious lack of self belief, despite the wonderful support around me.

And, guys, going sober just wasn't as hard as I expected.

If this were an award acceptance speech, I would be wildly gesticulating my shiny new trophy around right now, telling the audience: "I owe all of this to alcohol-free beer". Real talk. Trying to break the the "one beer after work" habit formed after years working in hospitality was probably the hardest hit to take. So alcohol-free beer was a real life saver.

One of the best things about going sober was taking advantage of an offer at my local yoga studio, and doing, like, a lot of yoga. Jennifer Aniston called, and she wants her queen-of-yoga crown back. Well, guess what? She can't have it. It's mine. OK, jk. But having an evening activity that was social and positive and didn't involve booze? That helped me enormously.

And that gets me onto the other social activity that got me through the month. I took it upon myself to set up a little plant social group called (ironically) Botany And Booze. But don't let the name fool you. It's basically a bunch of people getting together to talk about plants, or hear experts talk about plants. It's an excuse to socialise, hang out, and either drink or not drink, but it's another social event that's not purely built around alcohol.

Changing a learned habit is pretty hard work. Like, let's say, going to the pub. So I challenged myself to continue going to the pub but not drinking. Was it still fun? Yes. Well, until everyone got pissed and started looping around the same sentences again and again.

So, is quitting booze the absolute cure to everything? Let me tell y'all, my skin is actually glowing, but a lot more happened during this journey than I would have expected. I entered this booze-free experience thinking that the result would be a sort of version of me from a different dimension, a me who has zero mental health foibles and who is in far better shape. Sadly, that just wasn't the case. While my anxiety levels dropped to a seriously low level (which was amazing), I didn't stop feeling sad about things I already felt sad about. Sobriety switched a light on — one that highlighted and made more visible things that perhaps needed to stop being ignored. Maybe revelling in that "ah, it sure is grand to feel blue sometimes" feeling, which drinking tends to encourage, needs to stop, and we need to examine it more closely. Going sober meant I could ask myself some important questions: why exactly am I feeling blue, and is there anything I can do to change it?

In the interest of complete and utter honesty, I will admit that I did slip up slightly: I had a drink the day before I was due to finish, owing to a really difficult day in which the only way I knew how to cope was with one drink. Just one! Even so, I instantly felt like a complete, phoney failure.

But then I realised something — an Aesop's Fables-esque lesson that has become scorched into my brain: yes, the failure that I was so afraid of, and that had held me back from going sober for so long, had actually come true. But not attempting something just because you're fearful of failing is a failure in itself. Attempting something, even if it doesn't turn out exactly how you expected, makes you a winner. Because you have tried and, as the old saying goes, if at first you don't succeed, try try again.

Quitting booze taught me far more about myself than I could have possibly imagined. I would definitely recommend trying out sobriety to anyone who's thinking about it. It's definitely made me far more aware of my drinking habits, which will hopefully remain fairly modest. More importantly, it has helped realise that, in a lot of ways, the only thing that can hold you back from doing what you truly want, is you.