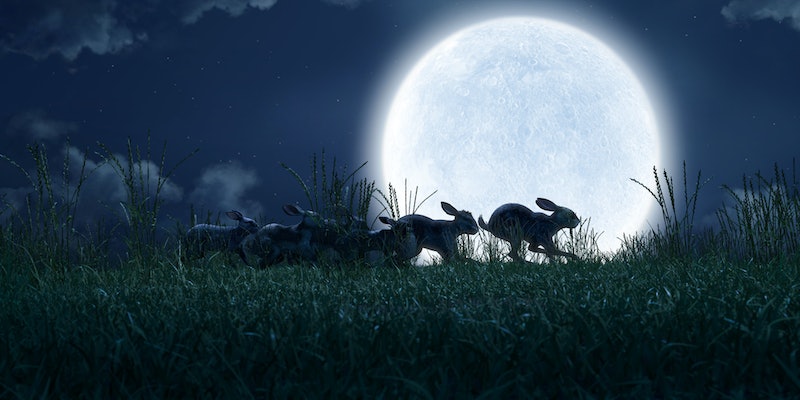 Watership Down will air as two feature long episodes on Saturday 22 December at 7 p.m. and Sunday 23 December at 7.20 p.m. The episodes will be broadcast from BBC One, but will be available on Netflix for international viewers, too.

The new adaptation follows the story of a group of rabbits who have to escape their home when it is threatened by impending human destruction. The rabbits must make their way to Watership Down for the promise of safety, hence the name. The classic story was written as a novel by Richard Adams in 1972, and has been a iconic tale ever since.

The great thing about the 2018 version is the amount of famous faces (or should I say voices) who have got involved.

The three who've been seen out and about promoting the episodes most are Gemma Arterton (who is playing Clover), John Boyega (as Bigwig), and Nicholas Hoult (Fiver). But there are a number of others who are taking part that you'll definitely recognise. So who got the nod to voice El-ahrairah, the former prince rabbit of the Watership Down story? Well, the role has been given to actor Taron Egerton. If that name sounds familiar, that's because Egerton has been in a ton of movies you may have seen. For starters, he starred in Eddie The Eagle as Eddie, as well as the two Kingsman movies with Colin Firth. Most notably, he's taking on the role of a lifetime as Elton John in Rocketman, which is hitting cinemas in 2019.

Aside from him, the list is basically a Who's Who of British Hollywood royalty. James McAvoy is voicing Hazel, as well as Olivia Coleman as Strawberry, Ben Kingsley as General Woundwort and Get Out's Daniel Kaluuya as Bluebell. Then we've got Crazy Rich Asians' Gemma Chan playing Dewdrop, Pirates Of The Caribbean star Mackenzie Crook as Hawkbit and even Gone Girl's Rosamund Pike as Black Rabbit Of Inlé.

There's no doubt Watership Down is going to be a Christmas TV must, and Matthew Read, BBC Drama Commissioning Editor, has made me even more excited with his comments about the upcoming episodes:

“Before there was Harry Potter there was Watership Down; Richard Adams’ novel is one of the most successful books of all time and one of the biggest selling books in history. It is fantastic to have the opportunity to bring a modern classic to a mainstream BBC1 audience with such an incredible roster of actors alongside the talented team overseeing the animation.”

Watership Down will start on BBC One on Saturday 22 December at 7 p.m.