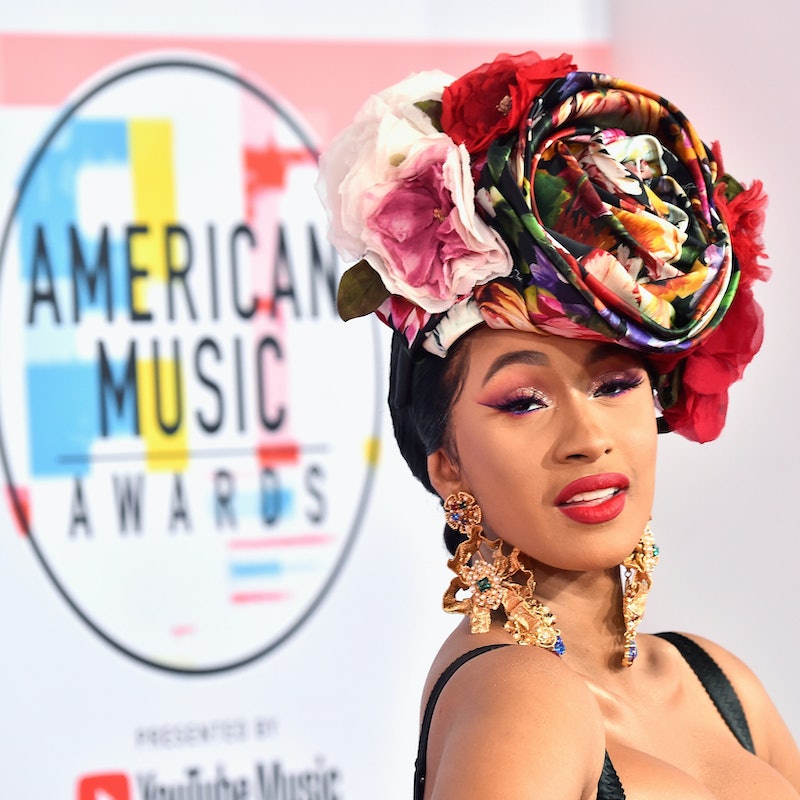 Fans may never know whether or not Cardi B really won't get out of bed for anything less than $500,000, but she definitely doesn't put a price on her privacy. And based on her most recent comments, the same clearly goes for her daughter's. According to the rapper, Cardi B has been offered seven figures for photos of baby Kulture and she's turned them all down. Kulture's anonymity? Well, that's priceless.

According to Fader, while promoting her new single "Money," which includes a sweet shoutout to Kulture, with Ebro Darden on Apple Music, Cardi B talked about her newfound fame and how off-putting it can be. She hasn't just gotten threats, but says, "I get so many disgusting text messages. I had to hire a private investigator to figure out who sends me this sh*t."

It's why she and her husband, Offset would prefer to keep their baby girl Kulture off social media. "Me and my husband," she said. "We just don’t wanna show our baby right now." This is despite many others wishing they would, so much so that they're offering to break the bank for her. "I got offered seven figures," Cardi said about Kulture's first photo.

While Cardi didn't elaborate on just who is offering her that kind of money, a seven figures offer isn't farfetched for a photo of a celebrity baby. A decade ago, The New York Times reported that People paid $5 million for the first photos of Jennifer Lopez and Marc Anthony with their newborn twins. It was also reported that two years earlier, People paid $4.1 million for photos of Shiloh, Angelina Jolie and Brad Pitt's daughter, which they reportedly gave to charity.

It's no surprise really that someone who named their debut album Invasion of Privacy is concerned about their privacy. It's safe to assume that would go double for her baby. But Cardi's never been shy about sharing the details of her life and her recent mommy moves. That includes photos of Kulture's hands or lips, but not her whole face.

In an interview with Rolling Stone, Cardi B said she plans on bringing Baby Kulture on tour with her. "What I envision is my tour bus has my own personal room, and I just want to be with my baby," Cardi B said. "Only time I don't have my baby with me is when I'm getting my hair done, makeup done, performing."

While Kulture won't be seen, she definitely will be talked about. Last week, Cardi B stopped by Jimmy Kimmel Live! while it was in Brooklyn shared all the details of her childbirth, including how Kulture "broke" her vagina. "You know, why nobody told you about those things?" she said. "Nobody told me they were going to stitch my vagina."

Despite what she did to her vagina, Cardi made it clear to Kimmel that she loves the other parts of motherhood. "It's the best," she said. "It's like, 'Oh my gosh, I shoulda had you when I was a teenager.'"

Now that Cardi's a little older, a little wiser, and a whole lot more famous, she has to think about how her celebrity impacts her child's life. It's why, for now, Kulture won't be spending anytime in the spotlight. But, she'll likely continue to help get her mom a few laughs on late-night.