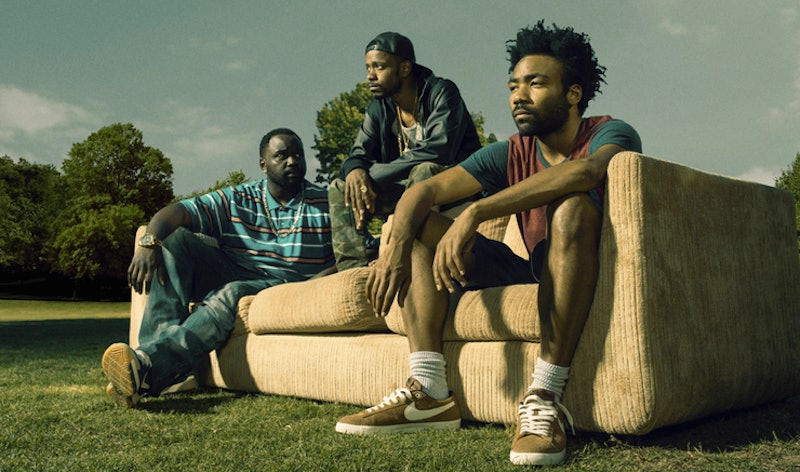 I. Literally. Cannot. Even. On Thursday, it was announced that Atlanta Season 2 will not air until 2018, and I seriously can't deal with that kinda news right now. As I try to remain calm, the devastation of reality starts to set in. With over 11 more months standing between me and more episodes of one of the greatest shows on television, I find myself hoping there's a damn good reason Atlanta Season 2 is delayed. Surely this heartbreak can't be for nothing?

Luckily, it's not. The overall reason for the delay is simply: Donald Glover has just become too successful. I mean, like, I'm happy for dude. Like really, really happy for him. He's making amazing strides in his career, and I'm sure that serving as a double agent can't be easy an easy task for anyone. You know, writing, producing, directing and starring in a Golden Globe-award winning television show as Donald Glover by day, while simultaneously dropping albums as Grammy-award nominated recording artist, Childish Gambino by night. That's hard. But 2018 just seems like it's light years away – more like, 3005...

But hey, I suppose I'll just have to sit back and wait to experience more of Glover's magnificent genius on the small screen, because the momentum of his success shows absolutely no signs of stopping any time soon. Late last year, it was revealed that the 33-year-old entertainer landed what he referred to as his "dream role," playing Lando Calrissian in the Han Solo Star Wars movie. He's also slated to appear in the upcoming Spider-Man: Homecoming film, which is due to be released in July 2017.

Add that to the recent news that Glover scored an unprecedented deal with FX Productions, where he will not only continue to produce, direct, write, and star in Atlanta but also help to develop new series for the network. I have no idea when he plans to ever sleep.

So, I guess it's pretty safe to say that we'll be seeing plenty of him in 2017. Just not in Atlanta as Earn, running around chasing industry success with his cousin, Paper Boi, and homeboy, Darius. Sounds like the Oscar Wilde adage holds true: Life imitates art far more than art imitates life. I guess I'll just have to respect that hustle, but I will also be here, waiting, patiently – until 3005.