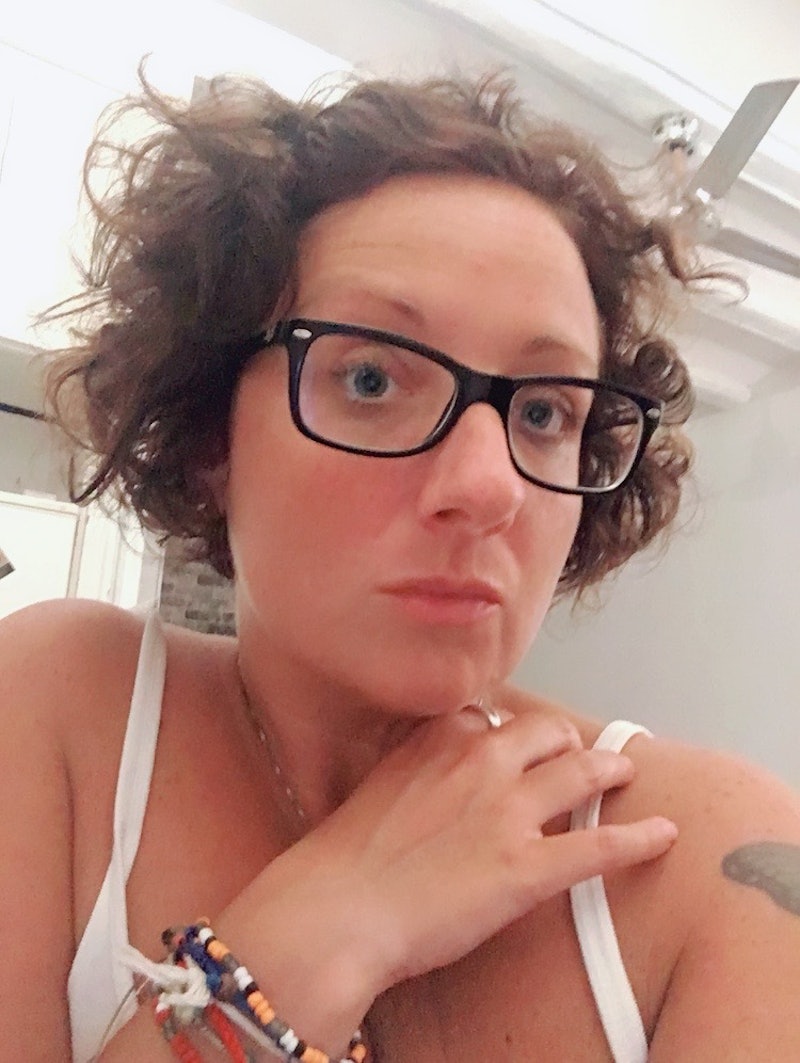 I never really paid attention to politics until college. And then, mostly because my friends were getting into it, I figured I should have some idea of what was going on so I could at least hold my own during political conversations at parties. It was 2000 — a presidential election year — and after feeling that I was as versed in politics as I could possibly be at that juncture in my life, I voted for Ralph Nader. Yep; I was one of those.

In our first time voting in a U.S. presidential election, my friends and I voted with our hearts and not our heads, in the hopes of getting enough votes for the Green Party to be considered a legitimately recognized third party. It didn’t happen. Nader got 2.74 of the popular vote that year and the election ultimately went to George W. Bush. When Bush defeated Al Gore that year, by a mere 537 votes, Nader voters were to blame. While I still believe one should vote with their heart, 18 years later, I now know people should vote with their head too — something that was reinforced by a two-hour lecture from my father once Bush was declared the winner. “Do better next time, Mandy,” was the last thing my father said to me when he wrapped up that lecture.

In the years that followed, I became more political — with my head, more than my heart. My heart ached for injustices, but my head wanted to fight them and make them right. I started attending rallies, being far more outspoken, joined clubs and organizations of causes in which I believed, and felt the pang of loss when George W. Bush got elected for a second time.

When President Barack Obama won in 2008, it was my first taste of victory as a voter. Finally, after three presidential elections, my guy won — and oh, what a guy he was and, obviously, still is. It was also at this time that I was dating someone who couldn’t legally vote in the States. As a non-citizen with only permanent green card, although he was happy to see Obama win, he didn’t get to have a say in the outcome. When I asked him about politics back home in his country and who he had voted for — although my knowledge of Swedish politics was limited — he said he didn’t vote. Why? “I’m not very political.”

I was struck by this. While no one is under any obligation to be political and there are many people who define themselves as being apolitical, I couldn’t believe I was dating someone who didn’t think voting was all that important. Although we had similar beliefs in regards to women’s reproductive rights, same-sex marriage, and everything else down the line, he didn’t feel it necessary to cast a vote or even educate himself on candidates in his home country where he was, obviously, still allowed to vote. He may not have been living in Sweden at the time, but he didn’t plan to live in New York forever, so I would think he would have felt some sort of sense of responsibility to make his voice heard, at least through voting. When I pointed this out to him, I got a response that continues to make my skin crawl when I think about it: “It’s just one vote. It doesn’t matter.”

Even though the electoral college has failed us in the U.S. before — like in November 2016 — I still believe that my vote matters.

"If someone believes their vote doesn’t matter, or doesn’t care about the impact today's political climate is having on their fellow human beings, or can’t be bothered to vote, then I can’t be bothered with them."

By the time I cast my vote for Hillary Clinton in 2016, that guy from Sweden wasn’t just long gone from my life. Although I had dated people and even got married after our relationship came to an end, his lack of care in regards to politics always stuck with me. In fact, one of the reasons I fell in love with the man I married was because he was so political. He may have been idealistic in the way he saw the world and, perhaps, voted more with his heart than with his head, but he still always voted on the right side of history and did so again when he voted for President Emmanuel Macron over Marine La Pen in France’s 2017 presidential election.

After Trump’s win, like many of my friends, I became even more political. Even though I spend half my year in other countries (which is a relief when you have someone like Trump in the White House), I always make sure I vote. If it means voting absentee or putting off an escape to a country that's less divided and, honestly, less scary than the United States, as I’m doing this year so I can be here for the 2018 midterm elections, I always vote. And, because voting and politics are so important to me, I’ve realized that I could never, ever, in a million years, date someone who doesn’t have a passion for politics or who thinks that their vote doesn’t matter, so they don’t bother. I find this thinking to not only be ignorant, but defeatist. It’s basically throwing your hands up in the air and saying you don’t give a fuck. However, I give a fuck, a very big one, and I want to be with someone, whether it’s casually or seriously, who gives one, too.

To be able to look around at what’s happening in not just this country, but around the world and not give enough of a damn is not OK. Even if you’re privileged enough to not be affected by injustices, it doesn’t give anyone the right to turn a blind eye. Instead, it makes you complicit.

As Charles Bukowski wrote, and this is a quote I think about all the time when discussing politics with apolitical people, “I guess the only time most people think about injustice is when it happens to them.” While that may not be the case for everyone, it’s definitely the case for the roughly 100 million Americans who, as the Washington Post put it, “couldn’t be bothered to vote,” in the 2016 presidential election.

How people live their lives and the choices they make for themselves, political or not, is their business. But, as far as I’m concerned, if someone believes their vote doesn’t matter, or doesn’t care about the impact today's political climate is having on their fellow human beings, or can’t be bothered to vote, then I can’t be bothered with them. Apathy is an ugly quality in a person and I don't want apathetic people anywhere near my life.