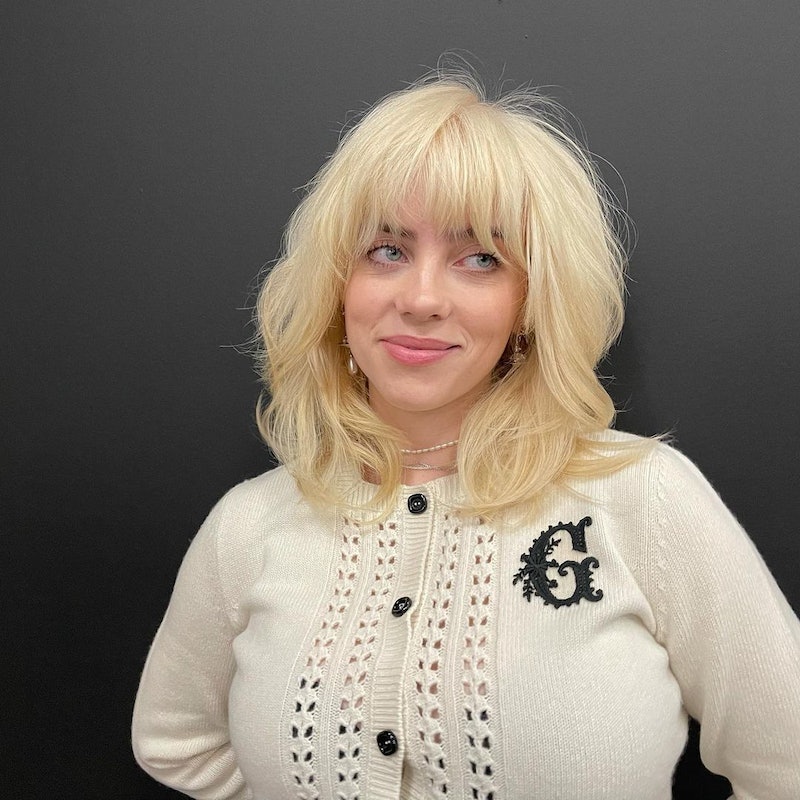 Finally: The world has learned more details about Billie Eilish’s blonde mane. On May 11, the singer made a surprise virtual appearance on The Ellen DeGeneres Show to talk her forthcoming album, her recent documentary, and her new photo book. But it was the Happier Than Ever artist’s newly dyed locks that made for particularly exciting conversation.

Eilish, who shocked the world when she finally ditched the neon green roots she’s been sporting for the past two years, revealed that she had been wanting to go blonde for a while. Ultimately, it was a fan edit that convinced her to make the jump.

Ever the hair chameleon, Eilish admitted that she was apprehensive about making the shift at first. “I didn’t think it was going to happen because my hair has been through so much,” she told DeGeneres. “I thought I would burn it all off if I tried.” The singer revealed that the entire process took six weeks and began on January 16, as documented by her hairstylist Lissa Renn. After the initial change, she let her locks sit for two weeks, allowing them to “take it in, digest, and recover” before repeating the process again. As many fans suspected, Eilish stepped out in wigs during the transition period to keep the public in the dark.

DeGeneres inquired about the health status of her new blonde strands, asking if they fall out when she brushes them. “[My hair] has been falling out when I brush it for years,” Eilish laughed. Celebrities aren’t immune to the hair breakage struggle.

Looking to go from dark to light (or vice versa) like Eilish? Hair transformations — especially ones that are this drastic — can take a toll on your hair’s overall health. Make the transition smoother by reading up before making the change.