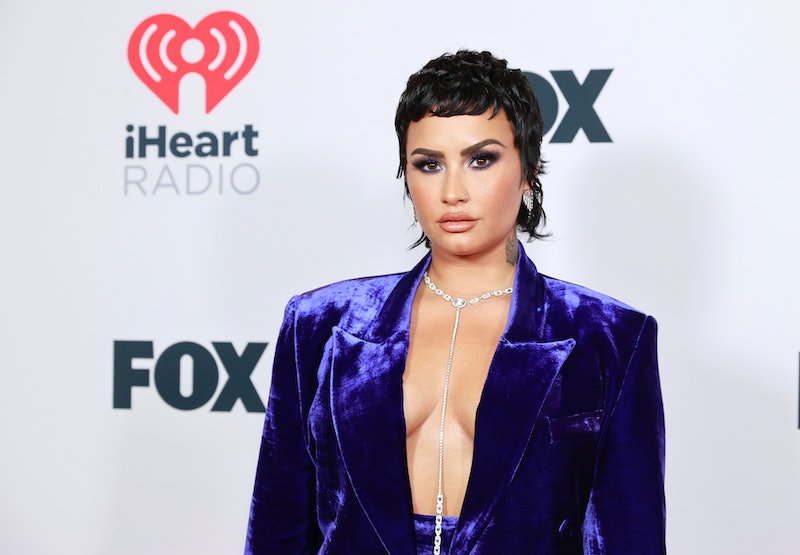 Demi Lovato’s long mullet (which just made its first appearance on their Instagram stories this week) is proof that the singer loves a dramatic hair switch-up. This year alone, the Dancing with the Devil star has rocked everything from a pink pixie cut to a shorter, jet black mullet. And now their latest look shows that Lovato is really leaning into the very trendy (and equally polarizing) style.

Unfortunately, Lovato didn’t provide exact details about their new look, though they did tag a trifecta of beauty and fashion experts they frequently work with: Josh Liu (the LA-based hair pro is an Ariana Grande fave and was responsible for Lovato’s OG mullet), fashion stylist Siena Montesano, and makeup artist Rokael Lizama. It’s safe to say the trio was behind Lovato’s cool, edgy aesthetic in this latest reveal.

Considering the singer and former Disney star — who recently came out as nonbinary — only just debuted a neck-grazing mullet at the iHeartRadio Music Awards on May 27, it’s likely their new locks, which fall below their shoulders, are hair extensions. With side-swept baby bangs — a perennial celebrity favorite — and slightly tousled strands, Lovato looked like a carbon copy of Joan Jett, whose famous rock ‘n’ roll shag became instantly iconic in the ‘70s.

Lovato isn’t the only star to indulge in the hairstyle as of late. In recent years, celebrities like Rihanna, Miley Cyrus, Barbie Ferreira, and Billie Eilish have gotten in on the mullet party. And while the look has somewhat of a controversial history, it’s clearly shaping up to be one of the coolest — and bravest — haircuts to revive. Thinking of making the leap like Lovato? Try these simple styling hacks.