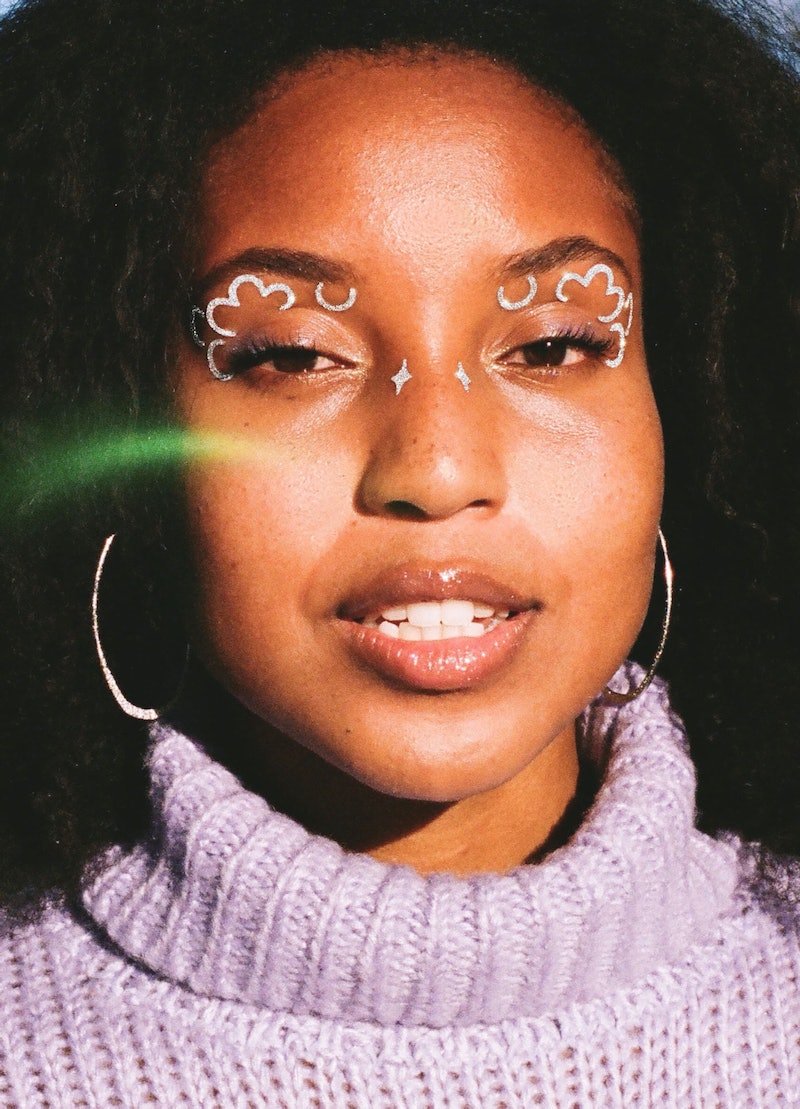 When it came to restocking her collaboration with Face Lace, Donni Davy — the Emmy Award-winning pro behind Euphoria’s makeup looks — wanted to do more than just bring back the popular Head In The Clouds stickers. So along with reviving the limited-edition design on May 18, Davy will also release two brand new creations.

From the start, Davy’s partnership with Face Lace founder Phyllis Cohen was pretty much a match made in makeup heaven. “When I first found out about [the brand], I was so excited about the concept of stick-on makeup, and my first thought was that I would love the opportunity to collaborate with them one day,” Davy tells Bustle. The duo worked together on all aspects of the design and testing process, making sure that the decals worked for a wide range of eye shapes.

“I loved seeing the magic that people have been creating with them,” says Davy. “I have loads of other ideas and I wanted to create something entirely different to accompany the restock of the cloud so that there could be a little something for everyone.” One of the new designs imitates the look of eyelashes, which Davy says is “so flattering because it creates a fierce lifting effect on the eyes.” Eye-lectric — the other look that she calls “a total fantasy moment” — is shaped with lightning bolt accents. “When I wear these, I feel unstoppable,” she says, adding that it gives her superhero vibes. Each design comes with two sheets — one with a holographic finish and the other with black shimmer.

There’s no “right way” to wear the stickers, but Davy likes to place them over a light wash of powder eyeshadow. “[It] creates a soft glow of color as a backdrop for the decals,” the makeup artist says. You’ll just want to avoid any moisturizers or primers that are oil-based or have a lot of slip so that the designs stay on.

As for Euphoria Season 2 beauty secrets, Davy and her team are only a month into filming and still in the process of figuring out the show’s full beauty vision. “We’re playing with all colors, from earth tones to bright colors, more refined glitter, and minimalism,” she says. “As we go, we’re constantly working with the actors to evolve and breathe new life into their characters’ makeup stories. It’s a super collaborative process, and a fun challenge to combine the director’s and actors’ respective visions with my own vision for Season 2.”

All three variations launch on May 18, and as an added bonus, 10% of each purchase of the Head In The Clouds set will be donated to Trans Lifeline through the end of 2021. So while you’re eagerly anticipating the drop of Euphoria’s second season, check out these new decals and liven up those summer beauty looks.