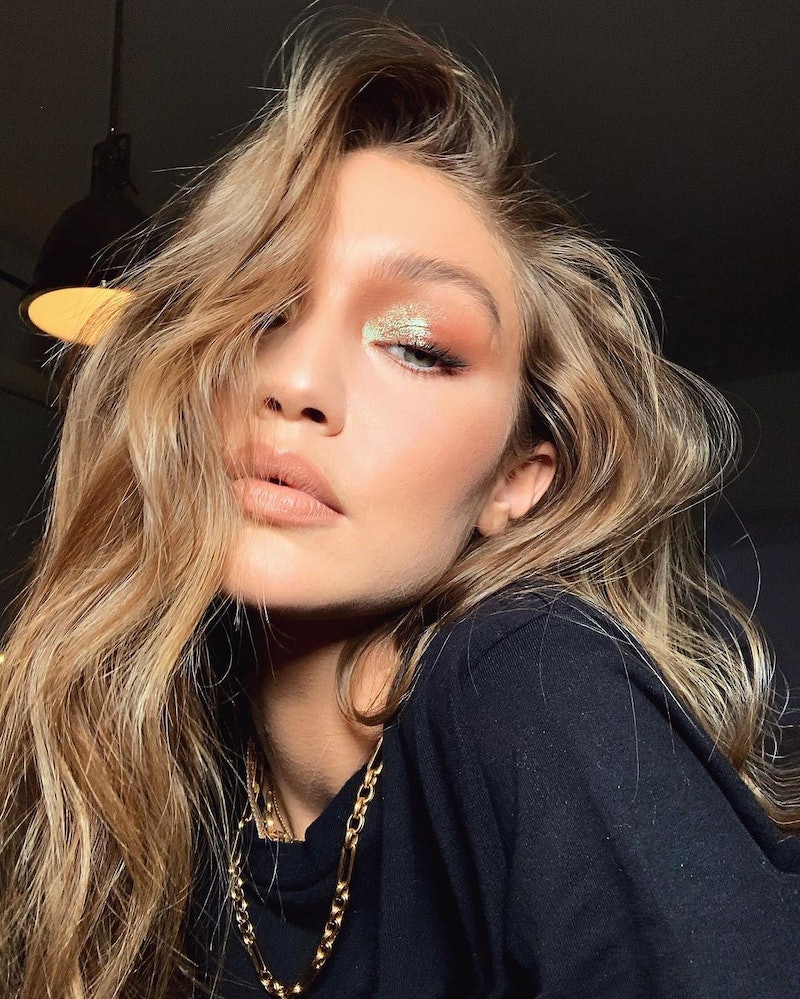 Supermodels are beauty chameleons. That’s their job; you’ll practically never see them wearing the exact same hairdo or makeup look on the runway. Sometimes, though, the transformations happen outside of fashion shows. Take, for instance, Gigi Hadid’s sunflower blonde dye job, which is a drastic change from the rich brunette she had been rocking for a while.

The model’s lightened hair color was debuted on stylist Elizabeth Sulcer’s Instagram on Jan. 26, where Hadid is shown with super light blonde waves flowing atop her baby pink suit. Sulcer tagged celebrity hairstylist Panos Panandrianos in the post, which seems to indicate he coiffed her hair for the shoot. The colorist behind the freshly golden look was Hadid’s go-to Keith Shore (who revealed on IG that the drastic transformation only took one morning). The almost-but-not-quite platinum shade of blonde is lighter than the darker caramel hue she’s worn in the past, making it a nice bright pop amidst the dreary winter months.

Hadid’s hair color has gone through several major changes lately. After years sporting her natural auburn blonde, the supermodel revealed a gingerbread red shade back in March — a jaw-dropping transformation (done by Panandrianos) that she debuted on the Versace Fall/Winter 2021 runway. At the end of the summer season, however, she was among the first of a number of A-list celebs (such as Hailey Bieber and Florence Pugh) to become a brunette. And both dye jobs were right on trend: Top stylists dubbed coppery reds and chocolate browns to be two of the biggest color trends of 2022.

With her newly pale lengths, Hadid proves the wintertime isn’t just for going dark. In fact, stylists told Bustle to expect honey-colored highlights and “pumpkin spice” shades to trend this season — so if you’re looking to lighten your hair color, you’ve got plenty of inspo to work with.

More like this
The Best Beauty Looks From The 2022 BET Awards
By Audrey Noble
Kim Kardashian Chopped Her Platinum Hair Into A Lob
By Olivia Rose Ferreiro
Megan Fox’s New Makeover Is Giving Real Life Barbie
By Tomi Otekunrin
The $6 Drugstore Beauty Product Taraji P. Henson Uses Every Single Day
By Danielle Sinay
Get Even More From Bustle — Sign Up For The Newsletter