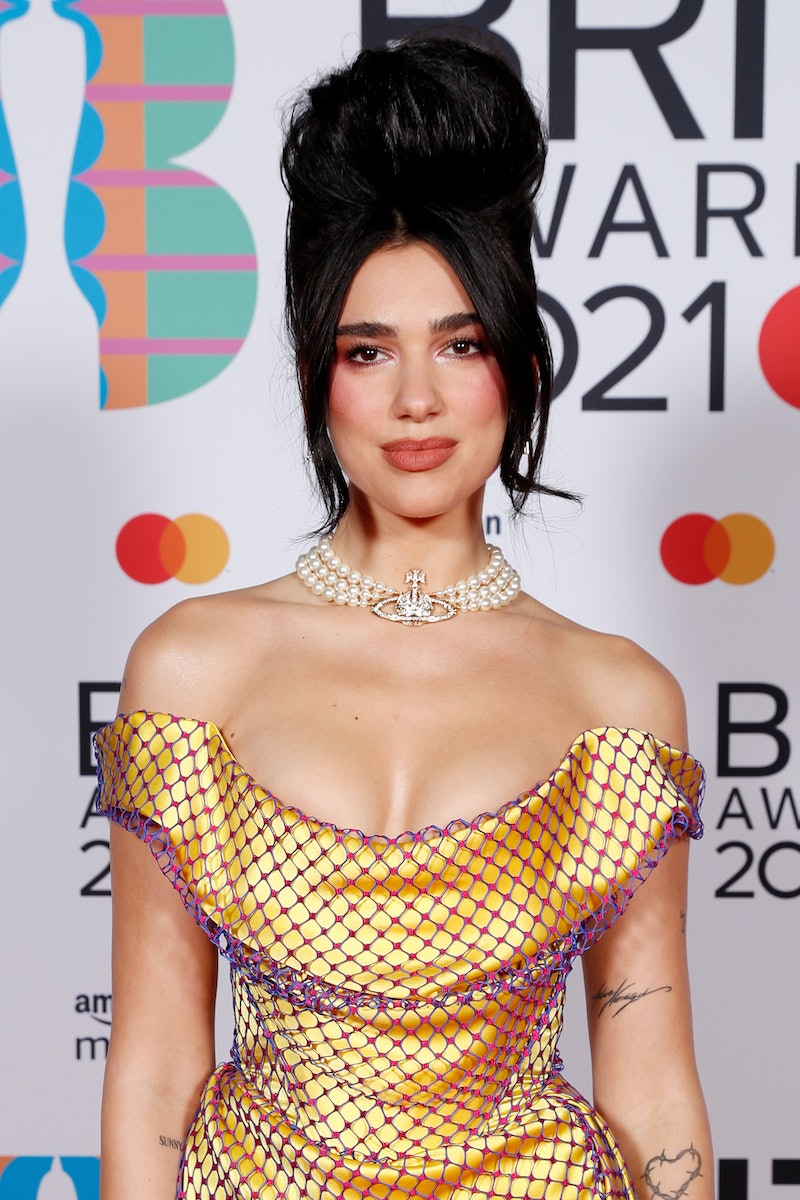 It’s officially shaping up to be The Year of the Bang. From Margot Robbie and Halle Berry to Sophie Turner and Ana de Armas, celebs are digging a post-pandemic fringe. The latest chop to capture the internet’s attention? Dua Lipa’s wispy bangs, which made their first appearance over the weekend.

The Levitating singer revealed her new look on Instagram yesterday, rocking a Y2K-friendly half-up, half-down style. While bangs of all shapes and sizes are in — from baby bangs to curtain bangs — Lipa opted for a longer shag, with slightly side-swept strands falling well past her eyes and building into her signature face-framing layers. The pop star paired her look with a colorful, graphic eye, a sheer, skintight bodysuit, and matching opera-length gloves embroidered with feathers.

To achieve her new ‘do, Lipa enlisted celebrity hairstylist Chris Appleton, the brains behind some of her most memorable red carpet moments. Remember the show-stopping ‘90s moment from last year’s Grammys? Yup, that was him. Appleton posted a selfie with Lipa, giving fans a closer look at her new hairstyle. “Bang bang,” the pro captioned the photo, likely alluding to one of the tracks on her debut, eponymous album. It’s unclear if Lipa’s bangs are permanent or temporary clip-ins à la Kylie Jenner, but either way, she looks “Hotter Than Hell.”

This isn’t the first time Lipa has rocked bangs. Last year, the singer sported a two-tone style with blonde micro bangs (which she later revealed were an accident due to bleach breakage), as well as fiery red curtain bangs. That’s not to mention the wigs she’s worn, many of which have featured sharp, blunt fringes.

If Lipa’s new bangs inspire you to jump on the trend (and let’s be honest — it probably has), peruse these nuggets of bang wisdom prior to making a salon appointment.