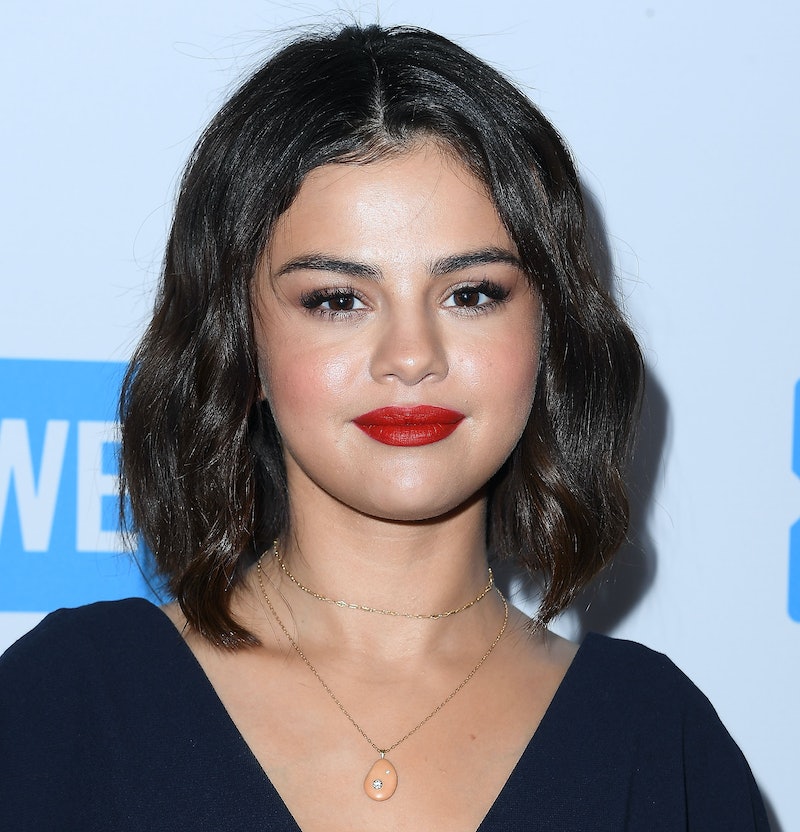 It’s official: Selena Gomez’s bob is back in a major way. Though a blunt, short haircut never really goes out of style (it’s truly a timeless and classic look), it feels like more and more celebrities are ditching their long tresses in favor of a cropped style (see: Billie Eilish and Kourtney Kardashian). Gomez is just the latest star to hop on the bob train, debuting a beautiful neck-length cut on TikTok while promoting her Hulu show Only Murder in the Building. And like Eilish and Kardashian’s styles, it’ll make you want to cut off your locks as soon as possible.

The 29-year-old multi-hyphenate took to the the video platform to let her 36.4 million followers know that she’s hosting a virtual watch party for mystery comedy series’ final episode on October 19. While doing so, she wore an oversized, cozy sweater and soft, rosy makeup — both of which let her new bob haircut take center stage.

Viewers were buzzing in the comments about her new ‘do. “SELENAAAAAAA THE HAIR!!!!” one user wrote. “YOU LOOK SO GOOD WITH SHORT HAIR,” another added. This of course isn’t the first time Gomez has slayed the short cut. Many fans noted that the style is reminiscent of the “Revelación” singer’s easy, breezy bob at the 2017 Met Gala. For an even bigger throwback, some followers said her hair reminded them of Gomez’s Disney Channel days portraying Alex Russo on Wizards of Waverly Place.

Twitter took notice too. Users on the platform gushed about Gomez’s nostalgia-filled bob. “That’s THE SELENA GOMEZ HAIRCUT from my childhood,” one user wrote. Others commented gifs of the Gomez’s various hijinks throughout the show’s four season run.

Could this new style mean a Wizards of Waverly Place reunion is in the works? Everything may be what it seems, but only time will tell. Nevertheless, the look is an absolutely winner on the beauty mogul. No wonder it’s a frequent in her style rotation.