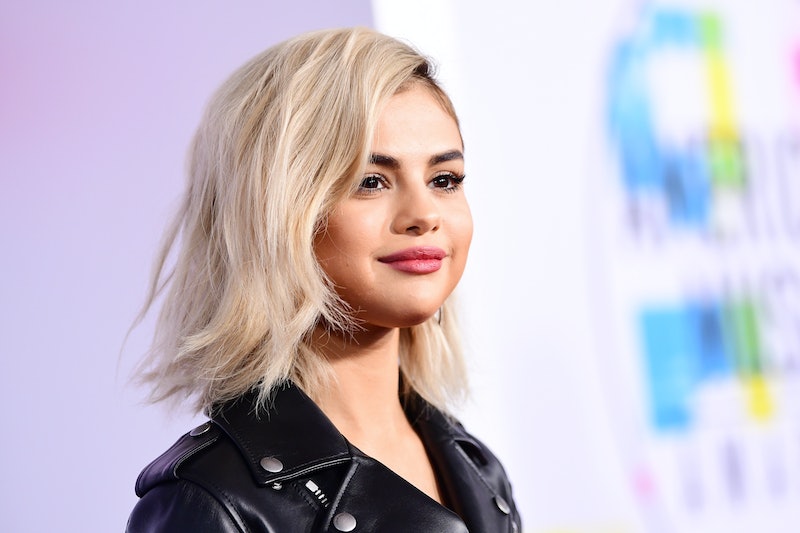 With stars like Lucy Hale, Jennifer Lopez, Ana de Armas, and more recently rocking fresh, chin-grazing chops (farewell, pandemic locks), people with thicker manes might be fearful of getting a bob due to the possibility of looking boxy, awkward, bulky, or, well, all of the above. Thick hair is usually flattened by its own weight, so “when it’s shorter, [people] are concerned it’s going to look too thick or fluffy,” Renato Campora, Fekkai artistic director and hairstylist to Amanda Seyfried and Kate Winslet, tells Bustle.

As it turns out, though, bobs aren’t just reserved for those with fine hair (though the style looks equally great on thinner strands and naturally curly locks). Yup, it’s possible to sport a bob with thicker hair — all it takes is some clever layering and styling. “It’s important to layer and remove bulk in a way that leaves a great shape,” says Laura Polko, Aquage ambassador and hairstylist to stars like Gigi Hadid and Chrissy Teigen. In other words, adds Campora, avoid a totally blunt line. “It’ll make the hair appear even thicker.”

Whatever you do, don’t fear the cut. A significant chop can really improve the quality of your hair by stimulating the scalp and promoting more growth, says Campora. And remember: After coming home from the salon, it’s “key to condition the hair and keep it healthy, hydrated, and strong,” he adds. Read on for the three best bob hairstyles for thick hair, all handpicked by Campora and Polko.

An asymmetrical short cut — meaning one that’s longer in the front and shorter in the back — helps balance out the weight of thicker locks, suggests Campora. “If you’re concerned your hair will look too big, this will help the silhouette. The longer front will give the overall style the appearance of length and weight and will avoid appearing too puffy,” he says.

PSA: Adding a little texture to your hair will go a long way with this high-low style. Polko recommends giving strands a healthy spritz of a heat protectant like Aquage Beyond Body Sealing Styling Spray, then curling them with a one-inch curling iron (she likes the T3 Singlepass Curler 1” Professional Curling Iron) to “get the right bend.” Seal the deal with a texturizing spray, and voilà.

Adding volume to already-thick hair may seem like a no-no, but a blowout can actually frame and open the face nicely, says Polko. You’ll be glad to know that it’s totally DIY-able. Polko recommends running mousse through tresses and using a round brush at the crown “for max volume.” In the front, she recommends using a flat iron to twist strands away from the face. End with spraying finishing spray on your finger tips and mussing up the bends in the hair for hold and texture, she adds.

If you’re running low on time but still want the look, Campora suggests Fekkai Baby Blonde Multi-Tasker Brightening Air-Dry Crème, which will “give your hair the right weight” in a pinch. “I even use it to prep before a blow dry to get that extra weight while still maintaining great movement,” he adds.

3. The Sleek And Straight Bob

A longer bob (think shoulder-length) is also a particularly great option for thick hair, suggests Campora. Again, it’s all about the way the hair hangs. “You need weight in the hair to keep the volume down. This way, the hair still has weight [but] won’t appear to be thicker or wider,” he says.

Once you get the cut, consider styling strands “extra, extra straight,” adds Polko. Spritz sections of your hair with a shine spray (Aquage Beyond Shine and Mielle Organics Mongongo Oil Thermal & Heat Protectant Spray are both solid choices) before flat-ironing to achieve a look that’s “shiny and smooth — never greasy.”