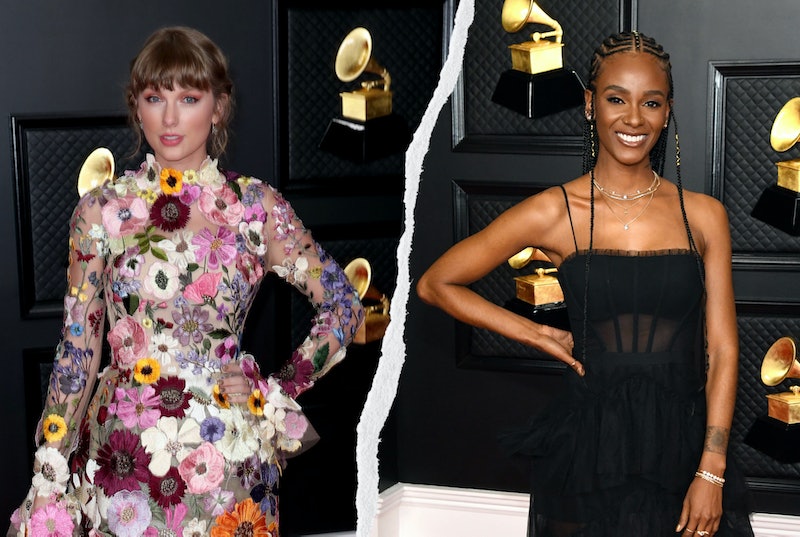 The 2021 Grammys red carpet was just as entertaining as you’d expect. Not only were the outfits bold enough to break the internet, there were a few celebrities that showed up in their pajamas (namely, John Legend). Though the red carpet was certainly unpredictable, there is one item you can count on seeing at every awards show year after year: see-through dresses.

From Cher in a halter top and duster in 1974 to Jennifer Lopez in her famous Versace gown almost 25 years later, sheer is a red carpet staple that stands the test of time. The trend pops up in every variation imaginable: gowns, skirts, overlays, or tops.

The naked dress is probably the most recognizable iteration, even making an appearance on the runway this season. And there was no shortage of the style on the 2021 Grammys red carpet. From Dua Lipa’s cut-out Versace dress to Chrissy Teigen’s corset top and sheer skirt, the ubiquitous trend showed no signs of slowing down on music’s biggest night.

But there were romantic takes on the sheer look, too. Tiara Thomas wore a full-skirted dress with layers of sheer tulle cascading down the gown. Mickey Guyton chose an embellished, sweeping sheer cape layered over a simple slip dress. And Taylor Swift wore a turtleneck sheer dress covered in floral appliqué.

Ahead, find 6 sheer dresses that won the 2021 Grammys red carpet.