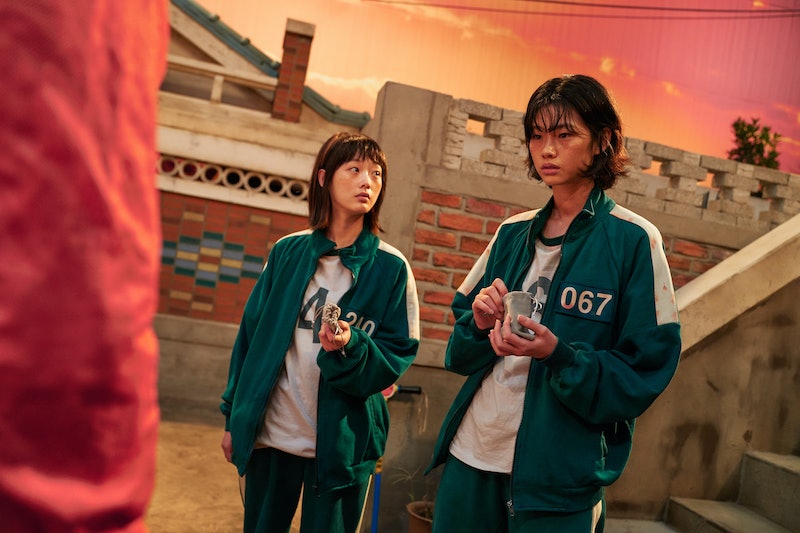 If you’re one of the many, many people who have fallen in love with the gory games in Netflix’s latest hit series, then you’ll be excited to know that Squid Game-inspired nail art has finally made its way onto social media, thanks to celebrity manicurist Naomi Yasuda. (No worries: There aren’t any spoilers for the twist ending ahead.)

Featuring a different design on each finger, Yasuda’s amazingly detailed masterpiece has a ton of different references to the series’ most beloved characters — and one of the games that had viewers on the edge of their seats. Two nails are emblazoned with numbers, painted against a metallic teal color that’s similar to the tracksuits worn by the players. Most will remember that 456 is the number assigned to the show’s hero Gi-hun, and the other number — 067 — belongs to Sae-byeok (played by actor and former model Jung Ho-yeon).

The nail pro also painted several shapes — an umbrella, a triangle, a star, and a circle — to represent the Dalgona candy (which you can actually make IRL), displayed against clouds like the room where the players competed in the honeycomb game. Also pictured on the mani: The mask worn by the shady character known as the Frontman, two guards’ masks, and the (absolutely terrifying) giant doll head from the very first “Red Light, Green Light” game that Gi-hun and co. played in the series. Fans of the show clearly approved, showering the nail expert’s post with squid, flame, and heart emojis.

If you were planning on being your favorite player for Halloween, these Squid Game nails just might be the perfect finishing touch for your costume. Start brushing up on your manicure skills now (or just take a screenshot to your local salon for inspo).