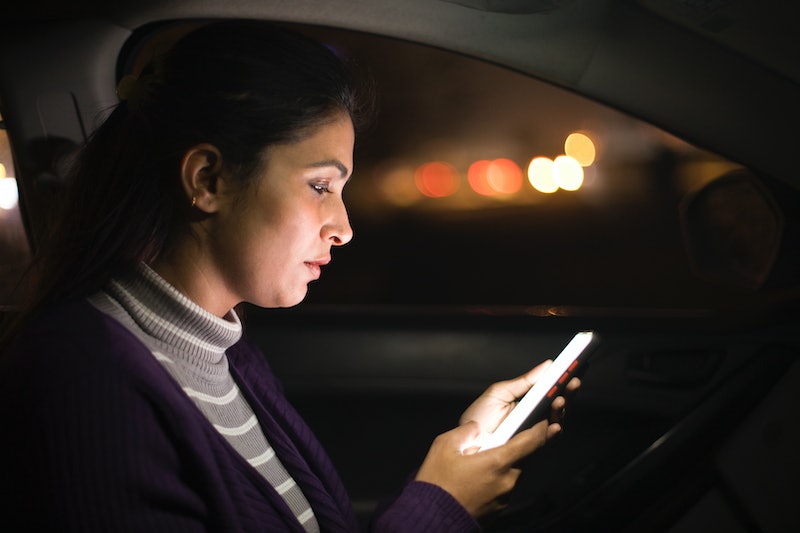 Your last four messages have gone unanswered. You convince yourself they’re having a tough time with work. But they just posted an Instagram Story, so they can’t be that busy. Your mind races: Are you getting ghosted by a friend? Confronting a pal who’s abruptly faded into thin air isn’t an intuitive endeavor, because friends are supposed to stick around. (Even Friends the TV show came back after almost 20 years.) And yet, some people do opt to ghost in lieu of talking through an issue or explaining why the friendship is no longer working for them.

This very millennial phenomenon, according to clinical therapist Caroline Given, L.C.S.W., is not always as malicious as it might seem. Given says that while many people unintentionally ghost thanks to forgetfulness, having too much on their plate, or legit technical mishaps, others choose to pull a quick fade instead of actually, you know, communicating. After a year of reflection inspired by social distancing, Given says people might be ghosting as a means to cut back on weakened friendships. “The pandemic sped up so many processes that would have maybe taken years to occur gradually,” Given says of friendships that seem to have been abruptly cancelled.

But why is friend-ghosting even a thing? “I’ve worked with many clients who tell me they wanted to respond but ended up ghosting due to feeling that they didn’t know how to express themselves adequately,” Given says. She adds that the ghoster might “think that having an honest conversation will lead to conflict or discomfort and they feel that avoiding that entirely is the easiest option.”

While it might be the most painless route for the ghoster, it can be incredibly hurtful for the friend on the other end of the phone. “When the person who is ghosted is left without closure or understanding of what happened, they are left to fill in the blanks with their own reasons that can lead us to feeling confused, rejected, or inadequate,” says Given. Friends are the people you go to to complain about harsh ghosting is in the dating world. Like, shouldn’t they know better?

Given says there are only so many ways to deal with ghosting: move on or confront your (now ex) pal. If you’re going to move on, Given says to be prepared for some lingering hurt. “It’s hard to move forward from something painful when you don’t even know what happened,” she says. She adds that you can remind yourself that if a former friend is ghosting you, “it shows that they were unwilling or incapable of communicating with you in a way that was respectful and mature and their behavior is not a reflection of your worth.”

If you choose to confront someone who’s ghosting you, Given cautions against coming off as defensive or resentful. “It’s definitely possible to be transparent about your feelings without being aggressive or passive aggressive, she says. If this friendship means a lot to you, you’ll want to set a vibe that says “Hey, this is a safe space, level with me,” so that you can have an honest, potentially friendship-saving, conversation.

Here are some therapist-approved prompts to consider when reaching out to a ghoster.

If The Ghosting Is Abrupt

If your friend typically responds at a reasonable rate, and things seemed good the last time you spoke, Given says it’s crucial to give them the benefit of the doubt and not try to fill in the blanks for them. “Address it through inquiry to show you are invested in the friendship and care about what happened, while also indirectly highlighting that it felt out of character for communication to come to a halt.” This could sound like:

“Hey, I stopped hearing from you and it felt sudden. I wanted to check in to see if you were OK and that everything was alright between us?”

If There Was A Fight

If the last time you talked to your friend, it was for them to bail on plans (again), Given suggests approaching the conflict head on. “It might feel uncomfortable or tense but it is much healthier and more productive to be kind but direct.” This could sound like:

“I feel like things haven’t been the same between us since the last time we saw each other. I care about our friendship and was wondering if we could talk about it, or if there’s anything we could do to address it?”

If There Was A Slow Fade

If your friend has slowly but surely been icing you out — maybe they reply with one word or simply a tapback — Given says to call out the situation. This could sound like:

“Hey, I feel like we’ve been distant from each other. Do you think we could reconnect? I miss your presence in my life.”

If your outreach isn’t fruitful, take an inventory of what was said and done — by both of you — leading up to the crickets. “Reflect on whether or not there is any aspect of this that you can take accountability for so that you can potentially make amends if you decide to reach out again.” If the friendship’s meaningful to you, Given says to stay focused on problem solving so you can move forward, together. But that at a certain point, she says, you’ll need to prioritize your own boundaries, “good 4 u”-style, and make sure you’re not putting too much energy into a one-way reconciliation effort.