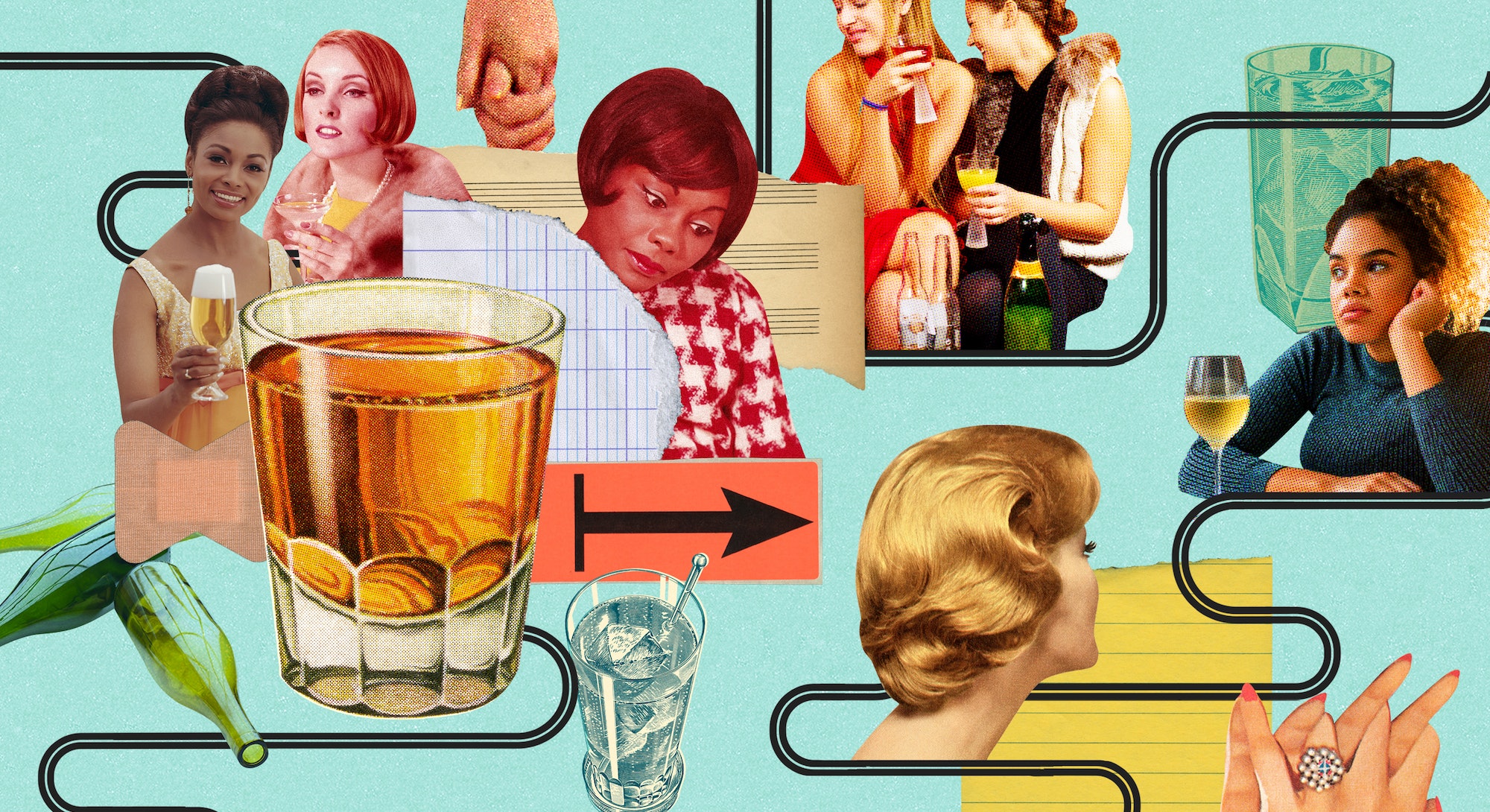 Nearly 40% of millennial women are some kind of sober, according to an April 2021 Bustle poll, but there’s still a widespread stigma that not drinking will tank your social life. These three women went teetotal and found out that the effect on their friendships wasn’t so straightforward. (Though that splitting-the-bill convo is, indeed, awkward.) Here’s how their friendships changed after quitting drinking — both for the worse and for the better.

I stopped drinking when I got pregnant about two and a half years ago. I had attempted being sober a few times before — a month here or there — but always fell back into it. Then, when my son was 3 months old, the pandemic hit, and I felt like drinking would make everything feel even worse. I wanted to be as available as I could be for my child and I didn’t want to have any additional reasons to have bad sleep, groggy days, or underlying anxiety.

The pandemic changed all our relationships, but in a lot of ways, COVID made the transition to being sober easier. Walks or meeting up in someone’s backyard naturally replaced meeting in bars. For a long time, I used COVID as a (mostly valid) excuse to not make plans where there’d be added pressure to drink.

One friendship in particular has changed since I quit drinking. Alcohol is more central in their life; every plan they make involves it by default. But when I said no to a boozy brunch, it was taken as me not wanting to spend time with that person. We are definitely still friends, but now instead of spending time together — that’s rare — we talk on the phone instead.

Maybe it sounds cheesy or dramatic, but not drinking allows me to be as present as possible, both for my baby and my good friends. Since I’m more comfortable and confident in my decisions, I can be back in boozy social situations and not feel pressure to drink, so I think those friendships that have felt strained could get back to where they used to be.

In July 2019, a drunken phone call made me realize I had an issue with alcohol. I let my feelings and pain do the talking, thinking that when you're drunk, you can say whatever you want and it will be excused because you weren’t thinking clearly. But you don't get a free pass for being mean just because you had a mimosa with breakfast. I felt not just embarrassed, but disappointed that drinking seemed to hold a higher power over me. After hanging up, I pledged to try to make it 30 days without any sort of booze, and I kept extending the timeline.

What really started to irk me was when I would go out with friends, and they’d say, “Let's split the bill.” Why do you need $50 from me when I had water and a couple bites of an appetizer? Why are you trying to get me to help pay for the bottles of wine or the pitchers of beer when you know I'm on this sober journey? I had a really hard time even being around people who were drinking, because I felt like there were so many people using alcohol to escape their problems. I didn't want to be a part of enabling them in the way I felt others had enabled me.

I lost touch with a lot of friends who were constantly drinking. Some of them don’t really know what to think of me now. Some of them are probably annoyed by the person who I've become. It’s a shift in what I value and what they value.

I grew up in a household where I often saw adults getting very drunk and making fools of themselves. When I started to drink, I thought that was normal, and I drank alcoholically from the beginning. While I was in college, there were two friendships I drifted apart from, and I think my drinking played a part in that — I prioritized people who would drink with me over those better friendships.

When I stopped drinking in November 2019, my friendships with my drinking buddies stopped too. We didn't really know each other that well; we just had fun going out together. But my best group of friends has stuck with me. We do beach days in the summer, apple picking in the fall, skiing in the winter, and, of course, marathoning TV shows. Sometimes, we’ll go out dancing at bars; I’ll go if I feel up to it and leave when I’m ready.

I've also made a lot of friends since going sober. It was difficult at first because I've always used alcohol as a social lubricant. But reaching out to others is encouraged in recovery, so I raised my hand and said, “I'm new. I've never done this before. I don't really know what I'm doing.” A bunch of women swarmed me after the meeting and gave me their numbers.

I remember thinking very early, “I don't know what I'm going to do for fun,” but there is a lot more to do in sobriety than I thought there would be. The first summer of COVID, because regular meetings were shut down, a group of us would go to the beach in the morning and have a meeting in the evening. People would get food after that and make it a day of it. Over the summer, I also was invited to play on a sober softball team.

Since becoming sober, I’ve learned who my true friends are, and that they love and respect me regardless. I’ve also gained some amazing friends who have helped expand my idea of what fun is. As for those two friendships that drifted, I have reached out to each of them. One never got back in touch, and I’ve accepted that relationships come and go. The other did, and we’ve met up a few times for coffee. I was able to own my part and show up as a better friend, so she and I are on good terms.