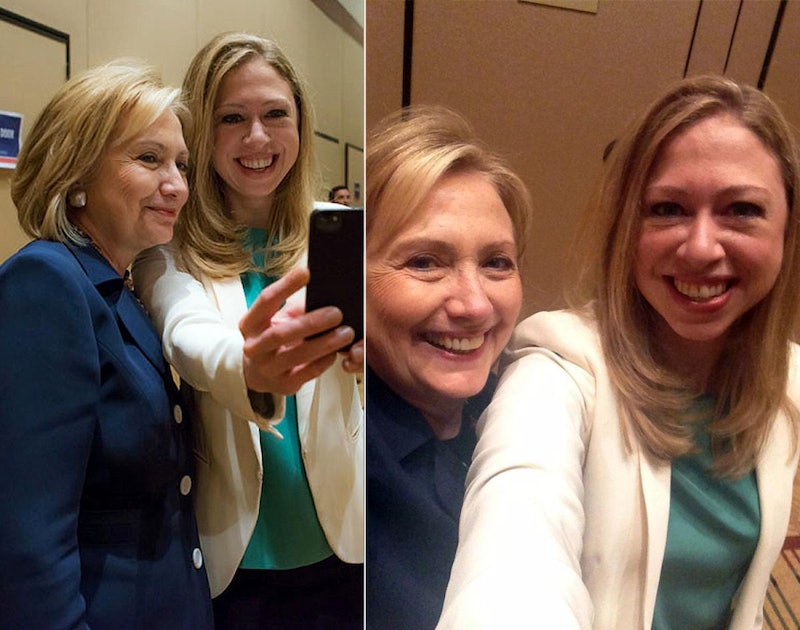 If you're a politician these days, you have to use Twitter. Yet most of the people who actually work in politics didn’t even grow up with the Internet. The oft-hilarious result is that many people on the public stage are forced to use a technology on a daily basis of which they only have a tenuous grasp. It's like your mom on Facebook — only the embarrassing status comes from a world power. Here are our awards for the best and worst political tweets and other social media of 2013.

Follow enough pundits on Twitter, and you might eventually get the feeling that you’re reading a lot without actually learning all that much. The folks behind @DCJourno and @TheFixPoints have a firm grasp on this phenomena, and regularly highlight the absurdity of most beltway reporting.

DCJourno purports to be a run-of-the-mill D.C. reporter, while TheFixPoints is an explicit parody of the Washington Post’s Chris Cillizza, but the concept behind the two accounts is more or less the same. They nail just about every tired journalism cliche there is, whether it’s projecting serious political significance into mundane everyday events, cloaking empty tautologies as serious insights, back-slapping fellow journalists, or speculating wildly about how such and such event will affect the 2016 presidential contest, these two have D.C. punditry down pat.

Few politicians have embraced the selfie (except for Anthony Weiner). But Hillary Clinton and Michelle Obama are ahead of the curve. The former Secretary of State and her daughter Chelsea posed for a cute selfie in June; a couple of months later, the First Lady posed for an even cuter one (arguably) with Bo, the First Dog.

At first glance, the tweet seems rather innocuous: It’s just Texas Attorney General Greg Abbot thanking a supporter, right? The problem is what the supporter had just said (the account is now private so the original tweet is unavailable):

Abbot acknowledged the incident but didn’t apologize, leading many in Texas to suspect that, having never had win a competitive race before Wendy Davis came along, Abbott might be running a somewhat amateurish campaign. This suspicion was confirmed weeks later, when his top advisor tweeted that Davis was “too stupid to be governor.” And that's Greg Abbott.

Worst Use of Politics For Advertising: Kenneth Cole

Before it was nixed, President Obama's plan to bomb Syria had a lot of people asking a lot of questions. How limited would the strike be? Would the administration attempt regime change? And would Obama dare to put "boots on the ground?" The gears in clothing designer Kenneth Cole's head started turning as soon as he heard the word "boots," and he sent out the following ill-advised tweet:

But was it really ill-advised? Here's how Cole responded to the backlash:

[O]ur stock went up that day, our e-commerce business was better, the business at every one of our stores improved, and I picked up 3,000 new followers on Twitter. So on what criteria is this a gaffe?

As much as we hate to say it, the mere fact that we're even writing about him sort of proves his point.

We’re all for joking around at the expense of our nation’s most powerful leaders, but @NatSecWonk (now deleted) went about it in all the wrong ways. Maintained anonymously by a staffer for the National Security Council at the time, the account purported to lampoon the pomposity of the American foreign policy officials. Yet over time, the tweets devolved into mean-spirited insults. A lot of them were blatantly sexist, and none were very funny. A typical offering:

There was plenty more like that, including a jab at Liz Cheney's weight (which is weird, because there are plenty of legitimate reasons to criticize Liz Cheney). When Jofi Joseph was unmasked as the creator of the account, he was swiftly fired.

Earlier this year, Steve Lonegan wasn’t elected to the senate. Cory Booker beat him by more than ten points, and one reason for this may have been the crude, undisciplined nature of the people on Lonegan’s campaign. One aid argued that, because Booker didn’t “use the perks of the office” to sleep with a stripper he’d known, Booker must be “a gay guy.” Earlier in the campaign, someone running the @LoneganforNewJersey Twitter account made another bad decision on behalf of the campaign when he announced that Lonegan had acquired Booker’s prep notes for an upcoming debate:

As you can see, that’s a picture of different cities in Newark (where Booker was the mayor) labeled as if they’re different countries on the globe. The racist, confusing tweet was soon deleted, and one of Lonegan’s aids — the same aid who later made the comment about Booker being gay — claimed that the Lonegan “didn’t find it funny or reflective of the way he thinks.” It would be a stretch to say the incident single-handedly killed Lonegan’s chances at making it to the Senate, as it’s questionable whether or not he ever stood a chance. But it certainly didn’t help.

We’ve written about Cory Booker’s extraordinary Twitter savvy before, so we won’t bore you with another recap. Instead, we’d like to draw your attention to the Twitter account of Mark Boughton, the mayor of Danbury, Connecticut. Boughton isn’t a very high-profile politician, and Danbury isn’t a very high-profile city, but Boughton’s lively, entertaining Twitter feed is more than worthwhile regardless. He generally alternates between live-tweeting TV shows and utilizing “hip” slang to deliver words of wisdom to the kids (“we got mad 5-0 on the road tonight...Drive safely and responsibly, aight?”). It makes for quite an endearing read, and as an added bonus, he almost never uses the account to make partisan political points.

On the 58th anniversary of Rosa Parks’ refusal to move to the back of the bus, the official Republican Party Twitter account tweeted out a picture and quote from Parks in her honor. That would have been fine, but then @GOP went ahead and credited Parks for “her role in ending racism.” The implication that racism literally doesn’t exist anymore struck many as odd, ignorant, and incorrect — especially given the party’s anemic standing with minorities. The account tweeted out an apology four hours later, but by then, the tweet had already been roundly mocked, and #WhenRacismEnded soon popped up to highlight its absurdity.

Benghazi references are a dime a dozen on Twitter, as anyone who’s ever clicked the #tcot hashtag knows (go on, you know you’re curious). Rand Paul wins the award for most egregious Twitter reference to Benghazi, though, for a ridiculous tweet he sent during the height of the government shutdown. In the midst of GOP “outrage” over the closure of the World War II memorial — which, you’ll recall, closed because the Republicans shut down the government. Somehow, Paul managed to find a way to link the whole thing back to a terrorist attack in Libya a year earlier.

It’s the kind of thing you’d expect to see on a Rand Paul parody account, not the official Rand Paul Twitter feed.

We can only imagine what embarrassment 2014 will bring.