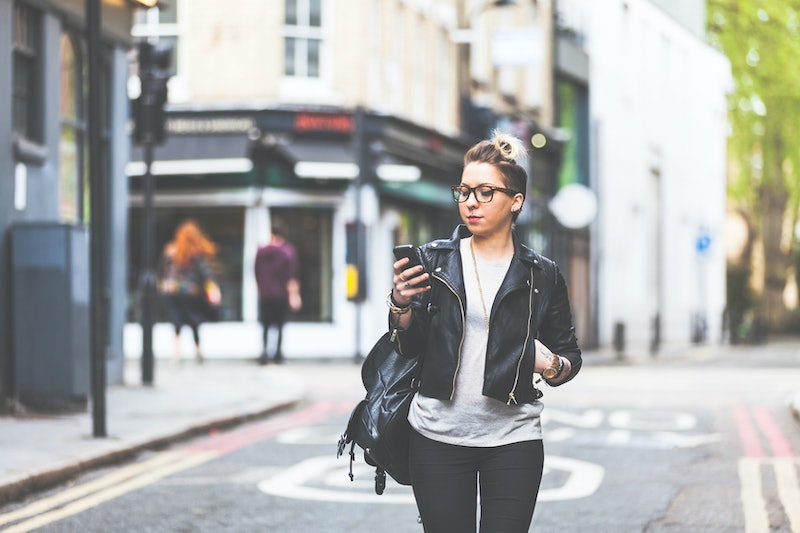 You may not believe that there is an art to something as straightforward as using Tinder to date or get laid, but there definitely is. When embarking on our swiping quest to find our next partner and/or booty call, we tend to fall into some habits that could potentially be damaging our chances of meeting someone, or skewing the type of people we're meeting.

It's very possible to make mistakes on Tinder, and I'm not talking about swiping right with a Dick Pick Vigilante who is definitely not the hero you, nor Gotham needs right now. I'm talking about the things that you can actually control which will help you to meet better quality matches who are looking for the same things as you. For example, you probably never thought that spending too much time on your “About Me” section actually made a difference. You may have not realized that you're swiping a little too fast. And that Super Like feature? Yeah, that's actually proven to get you more matches.

So in order to prevent you from making these mistakes in the future, here of the ways you're not taking advantage of all the dating app actually has to offer.

Yes, there is a lot of pressure to say something both witty, and charming on Tinder, but don't let that pressure get the best of you to the point that all you can think of is “Hello.” I'll admit, I'm guilty of it; it's a simple enough greeting that helps move the ball along (heh), but think about it. When you get a message that says “Hi,” how inclined are you to answer? If you take the time to comment on someone's picture (maybe they traveled somewhere cool, ask them about that!) or their “About me” they'll be more inclined to answer. What's more, you won't fall into a boring, overly simplified conversation that goes nowhere.

I think most of us are guilty of this one. It's hard not to treat Tinder like a game, when in many ways it's designed to be that way. Swiping right to just about anyone may get you a million matches that you can show off later, but it can also set you up for failure in two ways. First, matching with everyone means you aren't matching with who you actually want to meet. He/she might be somewhere in there, but now they're buried underneath all of the random people and unsolicited messages you're receiving. And secondly, when you swipe right to just about everyone, you no longer take the app seriously. It may sound funny – how serious can Tinder be, after all- but you're doing yourself a disservice by not using a dating platform as a way of actually meeting people you're interested in. Overall, you're less likely to talk to your matches and you'll probably meet less people in the end.

Tinder has always had the infamous label of “the hookup app,” but not everyone uses Tinder that way. (And if you do, keep doing your thing). Granted, you will meet people out there who have nothing on their minds but sex, but if you're resisting Tinder because you think it's only good for a booty call, keep an open mind. You can also use it to find your next pizza-seeking partner.

4. Not Asking For A Number

If you're chatting with someone on Tinder, it's completely OK, in fact it's recommended, that you start a conversation outside of Tinder. The way to push things forward with someone you're actually interested in is to take the next step. Once you get their number, you no longer have to log in to the app to talk with them. Texting them will also help you make plans, and keep them, for your first date.

I know a lot of women who don't want to be the first ones to make the move because they feel it's unattractive to other people. I say that's a ton of BS. What's the point of being on a dating app if you're not actually going to talk to people? There will be plenty of people who choose to message you first, but if you're really into someone, don't sit around and wait. The worst that can happen is that they don't answer, and then you just move on to your next match.

6. Not Responding To Matches Who Do Talk To You

This goes along with the “swipe right to everyone” mentality. Tinder isn't about accruing as many matches as possible, it's about meeting people who want the same thing you do. So if you're “playing” at Tinder like it's a game, even without realizing it, you're isolating a lot of people that could prove to be fun in person. If you find you're not interested in a person, or they're saying crude things, by all means, don't talk to them. But if you just don't take the app seriously, and ignore every message that comes your way, you probably shouldn't be on there in the first place.

7. Ignoring Your “About Me” Section

Like I said, your “About Me” means more than you may think it does. Don't ignore the few words you can put on your profile to teach someone about who you are. Whether it's a witty movie quote, devoting your small space to discussing your love for your dog, it doesn't matter. A person seeking someone with similar interests will not only read your profile, they'll use it as a means to start an interesting conversation. So be sure to give them that ammo. Similarly, don't forget to look at someone else's “About Me.” Even if their photos don't appeal to you, their personality might.

Tinder's newest feature helps you to gauge who is very interested in you, while allowing you to show the same level of interest. Granted, it can be a bit awkward – it's almost like you're back in grade school, telling someone you have a massive crush on them – but at the same time, you pretty much know this person is guaranteed to talk to you. By “super liking” someone every once in a while, you can express that yes, you totally want to get to know that person, and help move things along.

9. Swiping Through Too Quickly

When you mindlessly swipe left and right based on someone's initial photo, you're not actually giving them a chance. Similarly, those that you actually do match with, you've done so based on a two-second judgment. Tinder is very much designed to speed up the dating process, and yes, a lot of it has to do with appearances, but that doesn't mean you have to fall into that trap. Taking a second to scroll through someone's pictures and read their profile will help you decide just how truly interested you are, based on something more than a quick approval.