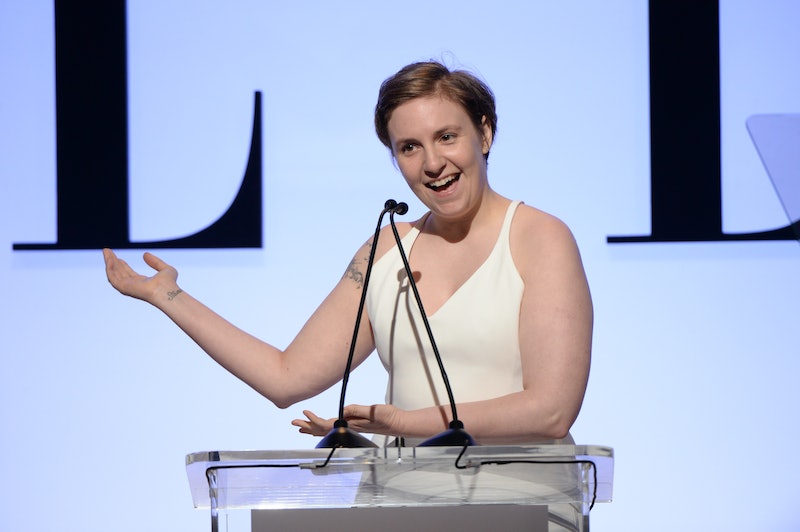 Say what you want to about Justin Bieber's personal life, but there's no denying the success of his latest single "Sorry." From the catchy chorus to the rhythmic background music, the song makes clear that teaming up with Skrillex was the right move for the Biebs. If you thought the song was good, wait until you see the music video! Not only are the outfits fantastic, but the dance moves are equally amazing, and it's all thanks to choreographer Parris Goebel. Videos of fans dancing along to the song are making their way around the Internet, and Lena Dunham is the latest star to join the trend. On Sunday afternoon, Dunham uploaded a video to Instagram, showing her jamming out to J. Bieb's hit song. The caption reads:

Though I have a very contentious (one-sided) relationship with Bieber as public male, I am still submitting my audition tape to join @parrisgoebel in her mission (in Internet time I'm like 7 years behind)

Clearly the Girls creator is referencing the slight tension between herself and Bieber in the past. Dunham wasn't shy about calling out the mixed messages in Justin Bieber's other successful song, "What Do You Mean?" Around the time the song came out, she tweeted:

Based on the above, I'm guessing Dunham's dance video was more of a shoutout to Goebel's choreographing talent than Bieber. But at the same time, it shows that "Sorry" is such a great song that it transcends any personal beef with the singer. And OK, enough talking about the past; let's focus on Dunham's glorious dance video instead. I love it, because it accurately shows what I would look like if I tried to bust a move to the song myself. Honestly, who can resist shaking their entire body along to the beat?

Can Lena Dunham please film a "Hotline Bling" video next — turtleneck and all? I'd like to get the mental image of Donald Trump dancing to Drake's song out of my head ASAP.