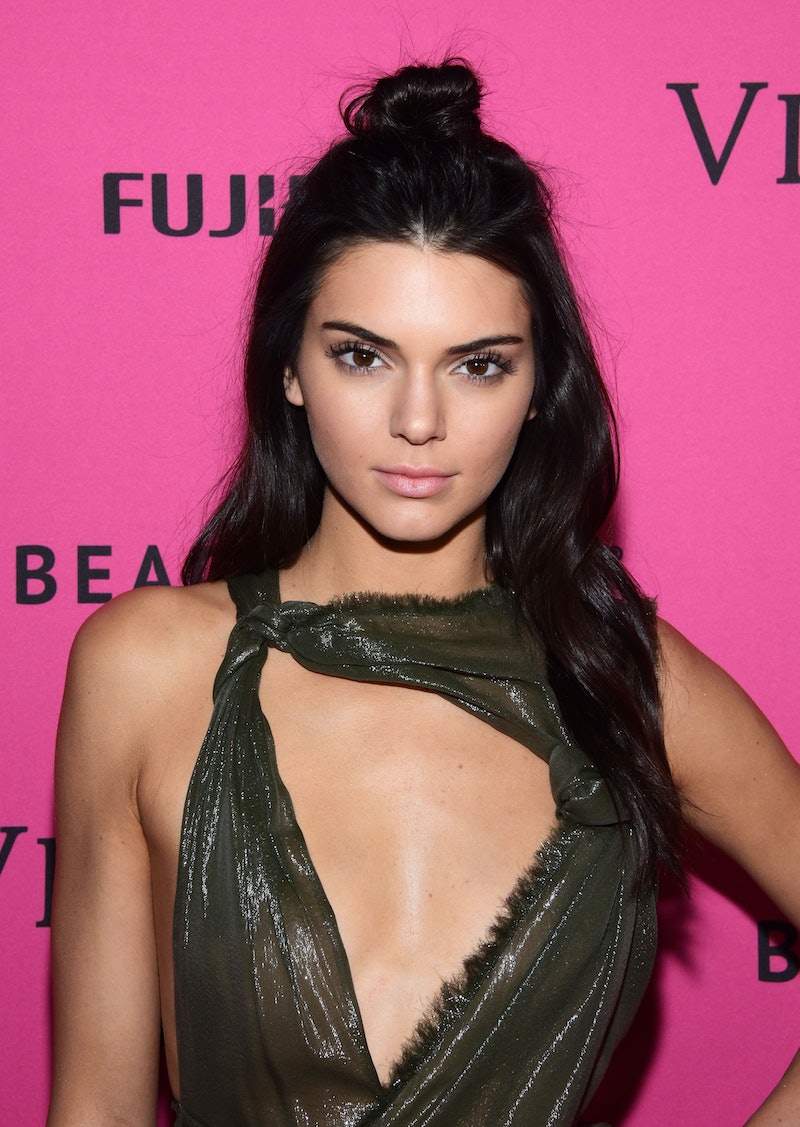 If you haven't heard about how Kendall Jenner walked in the Victoria's Secret Fashion Show on Tuesday (the show airs Dec. 8), then you are definitely living under a rock. Jenner, who has come a long way since her runway debut in 2011 for Sherri Hill, finally joined the coveted ranks of Angels, which is basically the sign that you've made it as a model. While some people might discount Kendall's modeling success as a result of her famous family, which to be fair, clearly helped her attain supermodel status at a rate that is arguably faster than the speed of light, you must admit that she has done quite a lot over the past year, solidifying her spot as the supermodel du jour.

When I'm not writing for Bustle, my day job is being a model agent, which means my life pretty much revolves around what editorials models are booking, who is walking in Paris Fashion Week, and what lucky model secured the last spot in the latest Marc Jacobs campaign. I can tell you that there are a few things that all supermodels have in common, and it has everything to do with the jobs they've booked, rather than the fact that their legs are three feet long.

You know you've made it as a model when you walk in the top designer shows (but don't have to walk in 22 other smaller shows), you've booked an editorial — or even better, a cover — for Vogue, W Magazine, or any other big fashion publication, and when you've nailed down a high-paying campaign deal. Throw in becoming a Victoria's Secret angel and you've literally done it all. Guess what? Kendall did all of those things in one year.

Here are nine times Kendall Jenner proved she was the supermodel of 2015.

1. When She Made The Cover Of Vogue Paris

I might be slightly bitter about the fact that Kendall was on the 95th anniversary cover of Vogue Paris with Gisele Bundchen and Kate Moss, because I don't think she is as iconic as they are, but if the people at Vogue Paris think she deserves to be included, that has to mean something.

2. When She Scored A Contract With Estee Lauder

Beauty contracts are one of the most lucrative deals in modeling, so they don't get doled out to just everyone. Clearly Kendall's 40+ million Instagram followers had something to do with the decision to name her the face of Estee Lauder, but you must admit that she looks like supermodel in every ad.

3. When She Walked In the H&M x Balmain Show

The H&M x Balmain fashion show was filled with exclusively supermodels, and Kendall opened the show. That's a pretty good sign that you've made it. Not to mention she had an entire commercial where people danced behind her and were called The Kendalls.

4. When She Had Two Billboards Across The Street From Each Other

When you casually have your Calvin Klein billboard right next to your Balmain billboard. Awkward. JK. That's how you know you're the best.

5. When She Had A Vogue Editorial With Justin Bieber

Not sure what's more supermodel-y here: Being in Vogue or doing a photo shoot with Bieber. Either way, a Vogue editorial is something only supermodels get (which is kind of annoying because they always use the same four models, but that's a discussion for another day).

6. When She Walked In Givenchy, Chanel, Diane Von Furstenberg...OK, You Get It

Jenner had quite the impressive fashion month. She walked in all of the biggest designer shows including (but not limited to) Givenchy, Diane Von Furstenberg, Michael Kors, Marc Jacobs, Chanel and Balmain.

7. When She Starred In A Calvin Klein Campaign

This isn't something every model gets to do, and Kendall starred in a Calvin Klein campaign this year on top of all of the other things she did in the last 12 months. Iconic.

8. When She Was On The Cover Of GQ

OK, so being on the cover of GQ isn't every supermodel;s dream growing up, but it's still a pretty impressive feat, and more evidence to support the fact that Kendall is one of the hottest models of the moment. All she needs next is a Carl's Jr. commercial and Anna Wintour's blessing with a solo Vogue cover and she'll pretty much have everything a supermodel could ever dream of.

9. When She Got Her Angel Wings

On December 8, 2015, you'll be able to watch Kendall Jenner join the likes of veterans Candice Swanepoel, Adriana Lima, and Behati Prinsloo as they strut down the Victoria's Secret runway. I think it's safe to say that Jenner has had quite the year.