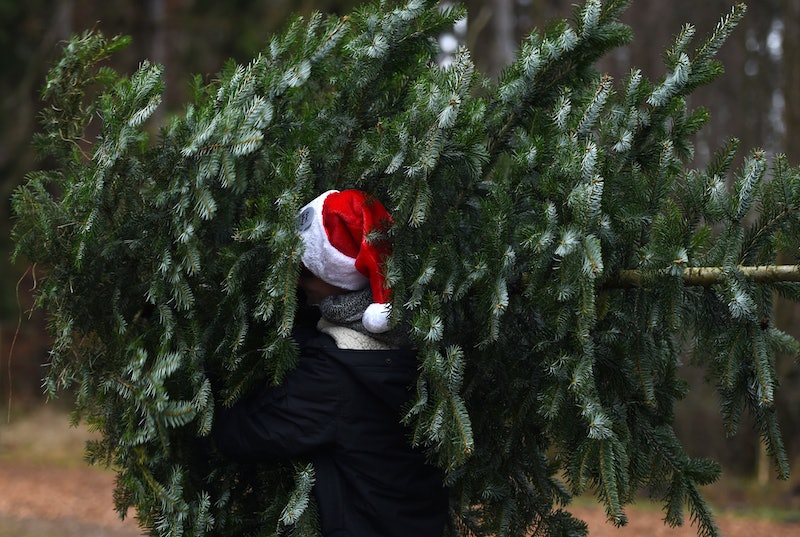 No one gets excited for Christmas in quite the same way that kids who celebrate the holiday do. There are a lot of reasons for that; the magic of the season, childlike wonder, and all that jazz definitely contribute to the thrill of the holiday. Some of it, though? It’s because you get stuff. And when it comes to the things every ‘90s kid wanted for Christmas… well, let’s just say that no one does Christmas lists quite like a ‘90s kid does. Or did, if we’re speaking retrospectively.

But although countless toys with hilarious gimmicks frequently topped our Christmas lists, there’s more to life than just wacky playthings purchased from a toy store — and those are the things I’m talking about here: Not the material trappings of the life of a ‘90s kid, but the hopes, dreams, and aspirations of a ‘90s kid. Did we ever actually get any of these things for whatever winter holiday we celebrated? Not unless we were very, very lucky — but that never stopped us from wishing for them anyway.

These 15 things likely made their way onto many a missive sent to Santa during the ‘90s. It’s kind of weird to think that those letters have likely since been destroyed by the post offices that collected them, or possibly just shoved in a closet somewhere and forgotten… but we never forget. Oh no. Because the ‘90s are forever.

1. To Have NSYNC Serenade You From The Stage

Or the Spice Girls. Or whichever group, band, or musician floated your proverbial boat. We would have settled for plain ol’ concert tickets, but this? This would have been the dream.

Not necessarily because of the slime itself; it was more for what the slime represented. If you got slimed, it meant you came in close contact with Nickelodeon in some way, shape, or form, either because you were on one of their shows or because Nick took over your school. Goals.

3. A Lifetime Membership to the Mickey Mouse Club

Particularly during the early ‘90s when Britney, Christina, JC, Justin, and Ryan were cast members (you know who I’m talking about).

Preferably for a space that would rival Clarissa Darling’s. If we couldn’t have an entire bedroom, though, we’d settle for…

Heck, most of us probably still want a closet like Cher’s in Clueless for the holidays.

6. A Glamorous and Exciting International Trip

Largely so that you could have a series of madcap adventures a la Mary Kate and Ashley.

7. Something From Your Crush

Anything. Just something that confirmed that they knew of your existence — and maybe that they liked you back.

8. Your Own Secret Hideout

Whether what you envisioned was like the treehouse in Now and Then or more like Castle Greyskull in Masters of the Universe (if you straddle the line between being an ‘80s kid and a ‘90s one, like I do), we all wanted a killer fort to call our own. These days, a blanket fort will suffice — and it’s a particularly lovely gift if the building of it is a whole thing planned out by someone close to you. Don’t forget the snacks and the Netflix.

Because everyone secretly wished they could cuddle Pikachu in real life before siccing it on their worst enemy.

Mostly so we could start our own Babysitter’s Club.

11. For Your Best MASH Game to Come True

You know the one: Everything worked out just the way you wanted it, and you didn’t have to cheat to get it. It was like magic.

12. A Letter from Hogwarts

This is probably more applicable to kids who were born in the very early ‘90s; the first Harry Potter book was published in 1997, which means that kids born in the early to mid ‘80s (like yours truly) were, alas, past the age of acceptance for Hogwarts when the series began. But hey, even if we were technically “too old” for it… you’re never too old to wish you got your Hogwarts letter. Just sayin’.

To be fair, this is probably something that kids still wish for today. But the ‘90s were full of wonderfully unconventional superheroes: People who could turn into silver goo, people who could call up giant robots on command, mutant turtles with a fondness for pizza, and so on and so forth. The kinds of super powers we wished for, therefore, were a unique variety which could only be born out of a decade in which

But not the boring, regular board game version of it that was released in conjunction with the movie. I mean the actual game — the kind that resulted in monkeys taking over your house.