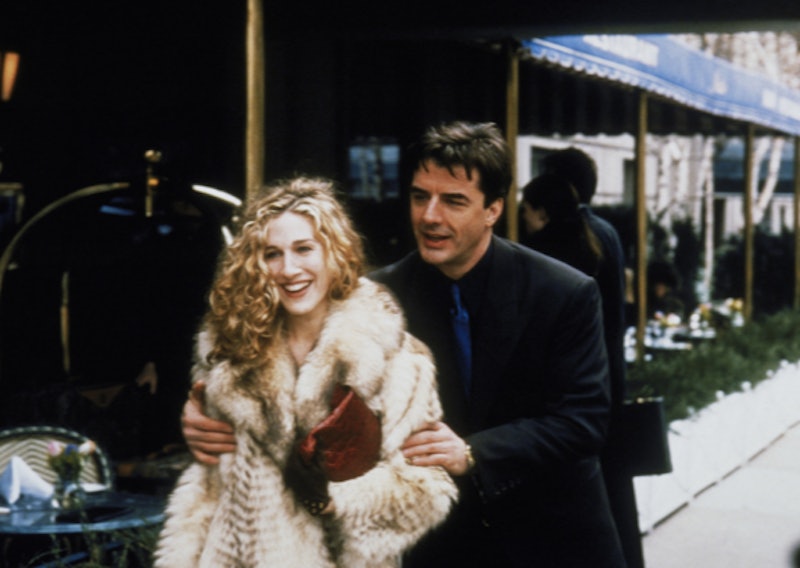 While there are many TV shows that I love, Sex and the City holds a special place in my heart. Not only was it feminist, sex-positive, and revolutionary for women, but it was also classic '90s TV. As well as being wildly popular, Sex and the City was a new breed of TV series, in which the careers, desires, and friendships of women were front and center. Sure, there were important male characters too, but we knew them in relation to the female characters in the show, something which is often unheard of. Besides being incredibly feminist for its time, the show was unashamed to delve into the messiness of relationships, and that's the main reason I watch Sex and the City again and again.

OK, so I realize that some of Sex and the City was unrealistic, and that the advice in Carrie Bradshaw's sex column all too often contradicted itself. But nothing can stop the show from being iconic, and for inspiring a generation of women to take control of their sex lives, careers, relationships, and friendship groups, and, even now — years after it left the airwaves — I can't stop rewatching it. These are just a few of the reasons I rewatch Sex and the City again and again:

2. Not All Women Are Good In The Kitchen

Sex and the City destroys the popular stereotype that all women can cook. No shame.

3. Men Aren't The Only Ones Scared Of Commitment

Another stereotype destroyed: Women get scared of relationships too, and the show isn't afraid to explore this.

5. You Can Never Have Enough Clothes

However many clothes you own, there are times when it's impossible to pick an outfit. Carrie Bradshaw knows this feeling all too well. She gets me.

7. It Asks The Big Questions

The characters are searching for love, a massive quest we can all relate to.

Especially in the early seasons, Carrie and Big's relationship is brutal. He won't commit to her in the way she wants, and he keeps her hanging on forever. It's easy to relate to situations like this, and I love how the series shows us the good, the bad, and the ugly when it comes to relationships.

9. To Settle Would Be A Mistake

Carrie's search for stomach-lurching love keeps me believing that love exists and can happen, and that settling for anything less would be a terrible mistake.

Once you've been in a few relationships, and when you hit your 30s, your priorities change. Reevaluating your life is totally natural, and the show explores what's important when it comes to love. Bad relationships make you realize what you need and want, and that's important.

11. Being Alone Is Better Than Being With The Wrong Person

Sex and the City is basically the Bible when it comes to showing that women can be strong, independent, and brilliant. There's no point being in the wrong relationship just for the sake of it.

12. #FOMO Is Responsible For So Much

Going out might seem attractive, but staying home can be just as good. I love living vicariously through Carrie, Charlotte, Miranda, and Samantha who seem to party all night and work all day. How they manage to look so fresh, I'll never know.

Sure, the show is often about sex, but the reason I keep watching it is because the characters are so distinctive, funny, and endlessly quotable.

14. It's Filthy And Hilarious

The show is never afraid to be sweary, inappropriate, and completely brazen. It never fails to surprise me.

There is true love in this show, and it's between its four lead characters. Female friendship is awesome!

16. Everyone's Approach To Politics Is Different

There's no shame in preferring parties to politics, so don't waste your time on anyone who tries to shame you for your lack of interest, or convince you otherwise.

17. It's Important To Put Yourself First Sometimes

18. Some Of The Advice Was Spot On

Although not all of the advice given in Sex and the City should be used as a manual for how to live your life, some of the show's observations were spot on, and still are.

19. The Retro Chic Is On Fleek

Have all of the outfits in Sex and the City aged well? No, of course not — that's how fashion in different decades works. But it's a scrapbook of retro fashion moments that can be truly savoured.

There are so many reasons to rewatch Sex and the City again and again. The show has gotten me through so much in my life, and it'll continue to do so — I'm certain of it.

More like this
My Partner Wants Me To Wear A Diaper During Sex. Help!
By Sophia Benoit
18 Hinge Prompt Answers To Try If You’re Looking For Something Casual
By Lexi Inks
12 Active Date Ideas That'll Get You & Your Boo Outside
By Lexi Inks
50 Valentine’s Day Instagram Captions To Post If You’re Single
By Jessica Booth, Lexi Inks and Carolyn Steber
Get Even More From Bustle — Sign Up For The Newsletter
From hair trends to relationship advice, our daily newsletter has everything you need to sound like a person who’s on TikTok, even if you aren’t.