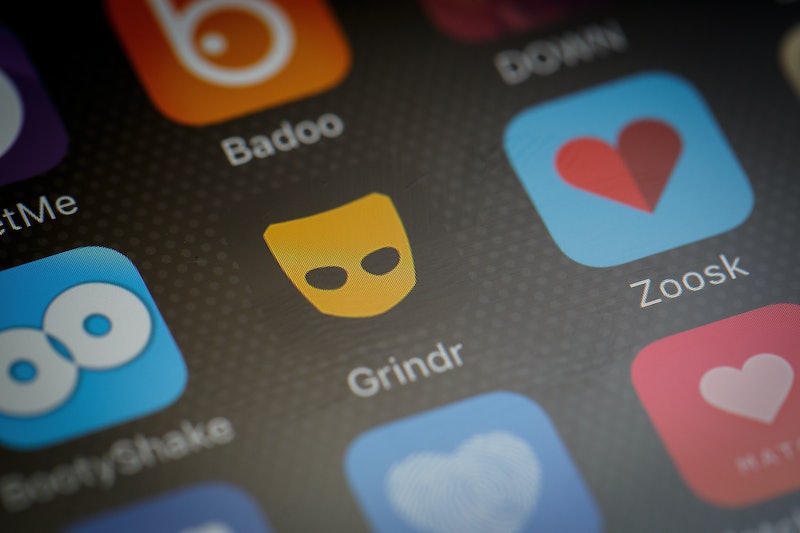 It’s always been “cool” for people to unearth old stuff and make it new again; each generation has its own definition of “retro,” but no matter what era you’re looking at, “retro” is always looked upon approvingly. What the Millennial generation has had, however — particularly the older Millennials who are currently in their 30s — that previous ones have not is the increasingly easy access of technology. Hence, the fact that many existing smartphone apps will take you right back to the ‘90s… even though we could hardly conceive of such a thing as a smartphone existing back then. The future is now, y’all. The future is now.

I’ve said this many times before and I’ll no doubt say it many more, but think about it for a minute: We carry miniature computers in our pockets everywhere we go. That is some Star Trek- level stuff right there, and the fact that it’s a reality is kind of bonkers. Sometimes, though, it makes me yearn for a simpler time — one where I didn’t have to worry about checking my email every five minutes while I’m out in the event that something comes up that I have to deal with right that second. It’s therefore somewhat ironic that I often indulge that particular desire by… doing something on my smartphone.

I know. It makes no sense. And yet, here we are.

This is the app I used when I turned my phone into a Tamagotchi for a week last year, so I can attest: It really is just like the original toy. The only difference is that the little plastic egg is displayed on your phone screen, rather than an actual object you hold in your hand. Just, y’know, make sure you strategize when you hatch your pet — that first hour is the worst.

Somewhat astonishingly, AIM is still alive. I don’t know, man; I’d thought Gchat had pretty supplanted it, but apparently I was wrong. Plus, it’s free. Now all you need to do is come up with an appropriately moody quote for your away message and you’re good to go.

Unfortunately these guys don’t seem to be available for Android devices; all I found on the Google Play Store were apps trying to capitalize on the original games, not apps that were actually ports of the original games themselves.

Still, though — it’s nice to know that iOS users can recapture their childhoods through these two classic games. Or even introduce the next generation to them. It’s the circle of life.

I was terrible at this game when I was a kid, and I’m still terrible at it as an adult… but good golly, do I love being able to turn my phone into a Game Gear and get in on some classic Sonic action. The second game in the series is available, too, so if you’re more of a Tails kind of person, you’re in luck — although it looks like the first game’s port has had a little work done on it: You can play as both Tails and Knuckles in it, even though neither character came along until later in the franchise’s history.

Sure, VHS camcorders may have been clunky and obnoxious, but there was a certain je ne sais quoi about the way anything shot on one looked that cemented them in our hearts forever. And hey, guess what? Now you can give that same look to your videos without having to actually deal with a VHS camcorder — because the VHS Camcorder app will do it for you. Bless.

If you’re an iOS user who still wishes PC gaming looks the way it did a couple of decades ago, good news: You can play the entirety of Myst on your iPhone. Originally released in 1993, Myst showed us a kind of immersive storytelling we had never seen from video games before; furthermore, it actually stood the test of time rather well — it was the top selling PC game for almost a decade, until The Sims overtook it in 2002.

There’s also a free version of the Myst iOS app, although a) it limits you to just one of the Ages explored in the game (Myst Island), and b) you’ll have to deal with pop-up ads. But if you don’t actually have the desire to replay the entire game, it’s a good pick; it lets you experience the environment that made the game so notable in the first place for zero dollars. That’s a pretty good deal in my book.

Because you know you miss writing weird little programs in your graphing calculator, particularly when you were supposed to be paying attention in AP Calculus. It’s worth noting that Andie Graph is an emulator only; it doesn’t include the ROMs you need to fully relive the TI-83 experience. Head here to get your ROM on. Oh, and Andie Graph is open source now, too, so have fun, kids.

I’ll be honest: I’m not totally sure why you would need an app to play MASH, because… well, it’s not like a pencil and paper are that difficult to get a hold of now, even if we do live in a largely digital world. If, though, the idea of playing MASH electronically tickles your nostalgia bone, there are plenty of options available. (Bonus points here for "clown college.") This one is free on Android, but you’ll have to shell out a little bit of your spare change for the iOS version.

YAAAAAAAS. I mean, I don’t even know if the app is any good, as I have not yet had a chance to sit down for a substantial portion of time and play it — but all the same. YAAAAAAAS.