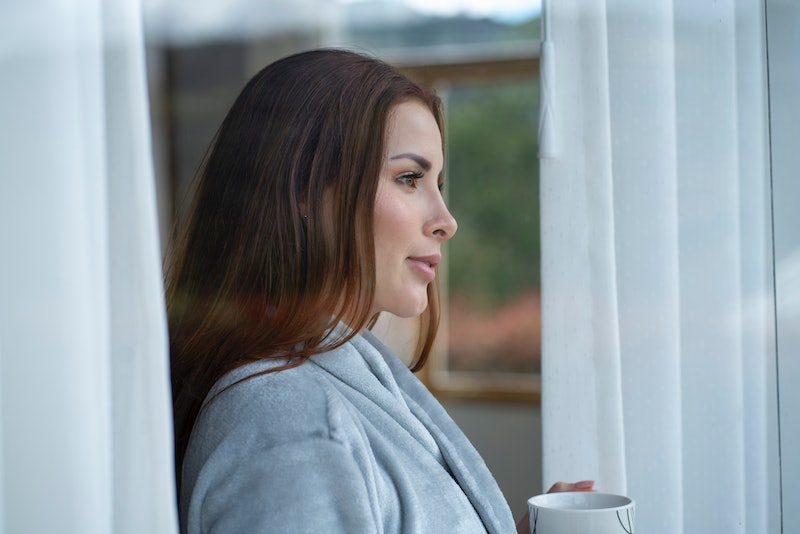 Sometimes, getting angry is just the inevitable response to all the crap life throws our way. If someone steals your bike or catcalls you when you're just trying to get home, then getting angry is a perfectly normal way to react. Sometimes, though, the things that make us more prone to anger are almost 100 percent up to us, whether we realize it or not.

If you learn how to manage your anger rather than just ignoring it until you explode, then anger, like stress, can actually be a very positive, motivating force in your life. For example, if you're angry about the state of your finances, then you might choose to react positively to that anger by picking up extra work or tweaking your budget. That said, excessive anger can also be damaging to your heart, personal life, and even your joint function.

So if you've been feeling angry more than normal lately and you're not sure why, then you might want to take a closer look at your daily habits; you just might find that what's making you more prone to anger is actually super easy to remedy. Here are nine things that could be making you prone to anger.

As Psychology Today put it in their post on the topic, "Hunger and hypoglycemia (low blood sugar) are primitive signals known to set off the stress response in a person." So basically, when your body senses that your blood sugar is getting dangerously low, you're naturally going to be more prone to anger.

It's fun to joke about being hangry, but it's important to remember that hunger-induced anger is a very real thing. According to WebMD, increased anger and irritability are both signs of low blood sugar that you shouldn't ignore. You might not even realize your angry mood is due to hunger until after you start eating.

Whether it's due to a heavy workweek, menstrual cramps, or crying babies, occasionally skimping on sleep is just one those necessary evils that all grownups have to deal with. That said, it's important not to sacrifice too much of your sleep, because sleep deprivation will absolutely make you more prone to anger.

As WebMD put it in their article on how sleep affects the mind, "lack of sleep can alter your mood significantly. It causes irritability and anger and may lessen your ability to cope with stress. According to the NSF, the 'walking tired' are more likely to sit and seethe in traffic jams and quarrel with other people."

So while I'm not suggesting you call out of work to catch up on sleep, it is important to make sure you're getting at least seven hours of sleep per night.

3. Overdoing It On Weed & Then Cutting Back

I'm a big fan of marijuana for a lot of reasons. It's helped me deal with everything from generalized anxiety, to lack of appetite, to situational depression, to severe menstrual cramps. Plus, the best sex I've ever had was stoned sex. That said, I also know that, though weed isn't physically addictive in the way that nicotine and alcohol is, it can be psychologically addictive.

Though marijuana withdrawal symptoms are generally quite mild, and typically only last for a few days, it's worth noting that, for heavy users, weaning yourself off of weed can cause irritability and mood swings. So if you've been using cannabis multiple times a day for a while now, and you've recently decided to cut back on the stuff, that could be making you more prone to anger. Like all good things, weed is best when used in moderation.

I love coffee just as much as I enjoy marijuana, so I understand how easy it can be to overdo it on caffeine. Unfortunately, though, while consuming the right amount of caffeine can result in multiple health benefits, (like reducing your risk of developing diabetes), overdoing it on the stuff can increase stress and tension levels. So if you're already feeling anxious or stressed, caffeine's literal jolt to your central nervous system will likely leave you more susceptible to anger.

Additionally, since caffeine is mildly physically addictive, trying to go off the stuff, or even just cutting back on it, can result in headaches, depressed mood, and irritability.

5. Drinking When You're Already Kind Of Mad

Everyone reacts to alcohol differently, but since alcohol literally suppresses inhibitory neurotransmitters in our brains, drinking when you're on the verge of anger will most likely just make you more angry.

If you're like me, getting drunk probably just makes you more giggly and inappropriately affectionate. However, studies on alcohol and aggression show that alcohol brings out the qualities we already have. So if you're feeling aggressive or angry before you start drinking, or struggle with anger to begin with, then the chances are pretty high that consuming alcohol will only make you that much more prone to anger.

6. Not Having Enough Sex

Not everyone experiences sexual attraction, and even some of those who do experience it don't have the highest of sex drives. Because of this, everyone's definition of what it means to get laid "enough" is going to be a little bit different. That said, sex is a proven way to reduce stress because it releases feel-good chemicals, like endorphins, serotonin, and dopamine.

You probably don't need me to tell you this, but studies show that exercise can reduce anger and stress. This is no doubt due in part to the fact that exercise, like sex, releases happy chemicals in our brains. Working out is also just a healthy way to release pent-up negative energy.

Working out is probably the last thing you feel like doing after a long day, but the correlation between anger and exercise is undeniable, so try to make the time for just a few workouts a week. Or, just take a walk today.

8. Being Stressed Out & Anxious

Stress and anger are directly connected to each other. When your stress levels rise, you become more prone to irritability and anger. In turn, being angry is literally stressful for you and everyone around you, so stress and anger tend to be cyclical emotions.

Additionally, many people struggling with intense anxiety may find themselves reacting to that anxiety with increased anger. So if you've been super stressed out and/or anxious lately, consider how you might begin managing that stress more effectively.

9. Spending Too Much Time Online

Too much technology — especially social media — could be making us miserable. We have a tendency to compare ourselves to others, and doing so can result in all kinds of negative emotions, such as anger.

Back in 2013, The Washington Post reported that angry tweets tend to spread faster on social media than tweets of joy or any other emotion. Granted, these findings came from an MIT Technology Review of China's Internet, not the United States', but If you've gotten on Twitter lately, then you already know how verbose angry trolls are everywhere. It can't help to surround yourself with all that angry energy.

If you think being online too much might be why you've been more prone to anger lately, then you might want to consider cutting back on, or even taking a break from, social media. Because, really, how many times a day do you need to scroll Facebook and Twitter?