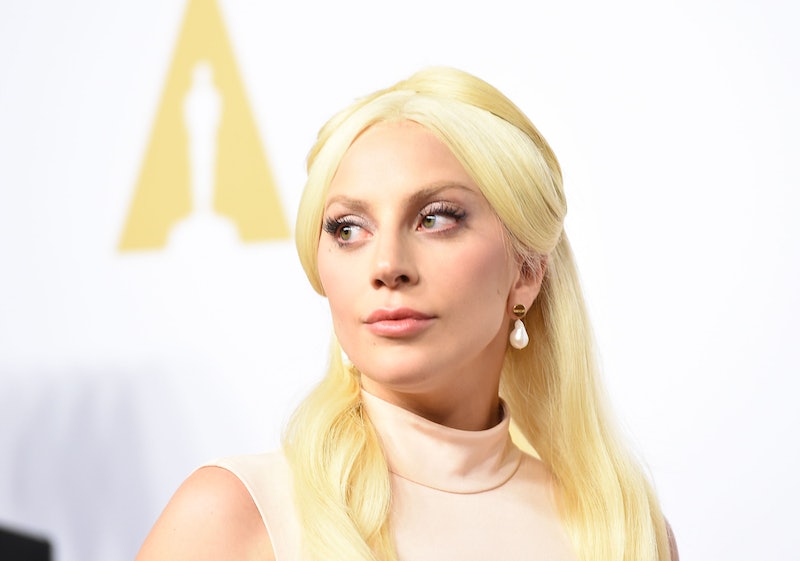 After a New York Supreme Court judge ruled against Kesha's request to end her contract with the man she accused in October 2014 of raping her when she was 18 years old, Sony producer Dr. Luke (real name, Lukasz Gottwald), Lady Gaga was one of the first celebrities to extend love and support in the "Tik Tok" singer's direction. But Gaga is not just tweeting supportive words to the singer — she's been apparently spending time with Kesha to show her solidarity and support. As depicted in a tweet and a Snapchat posted Wednesday, Lady Gaga is supporting Kesha by simply being there for her as a friend.

With her tweet, it is clear Lady Gaga is offering one of the best types of support — emotional support — by posting the image of her holding hands with the star and leaning into her with a cozy looking side-hug. It's not clear how recent the photo is — but it's still a sweet image that is clearly being shared to offer comfort and support. The image is captioned "Free Kesha," which refers to the growing movement made up of fans and celebrities who are calling for Kesha to be released from her contract with Gottwald.

Meanwhile, the Snapchat — which was posted on Twitter by a fan — shows Gaga placing a sloppy smooch on Kesha's cheek that would make any Grandma proud:

Update: Lady Gaga shared a message on Instagram in which she came even more stongly out in support of Kesha.

Gaga joins a ton of celebrities who have extended well wishes and words of support to Kesha following the court's decision on Friday to block Kesha from breaking her contract with Sony. Adele, Anne Hathaway, Reese Witherspoon, Taylor Swift, Lena Dunham, Jack Antonoff, and Fiona Apple have all spoken out in defense of the singer, and the list seems to be growing by the day.

Kesha herself has spoken out about the support she's received from celebs and fans alike. On Wednesday, the singer released a statement on her personal Facebook page:

You can read the entire thing here.

The court's decision follows a lawsuit Kesha filed against Gottwald in October 2014, accusing him of verbal and sexual abuse during the time the two worked together. Kesha's lawyer, Mark Geragos, released a statement to Billboard in 2014 about the allegations:

Gottwald countersued Kesha and her mother for defamation in October 2014, and denied the singer's claims both on his Twitter and in his complaint: "As part of the effort to get out of the Gottwald Recording Agreement, Kesha and Pebe have also orchestrated a campaign of publishing false and shocking accusations against Gottwald to extort Plaintiffs into letting Kesha out of the Gottwald Recording Agreement."

Following the court's ruling, Gottwald's attorney Christine Lepera released a statement to Rolling Stone commending the judge for her decision:

Kesha and Dr. Luke's team did not immediately respond to Bustle's request for comment regarding the situation.

More like this
How Lady Gaga & Adele Are Closer To The EGOT All Of A Sudden
By Jake Viswanath
Lady Gaga Will Star In 'Joker: Folie À Deux' With Joaquin Phoenix
By Jake Viswanath
Everything To Know About The Musical 'Joker' Sequel – & Lady Gaga’s Role
By El Hunt and Sam Ramsden
Beyoncé & Madonna’s “Break My Soul” Remix Honors A Group Of Black Icons
By Stephanie Topacio Long
Get Even More From Bustle — Sign Up For The Newsletter