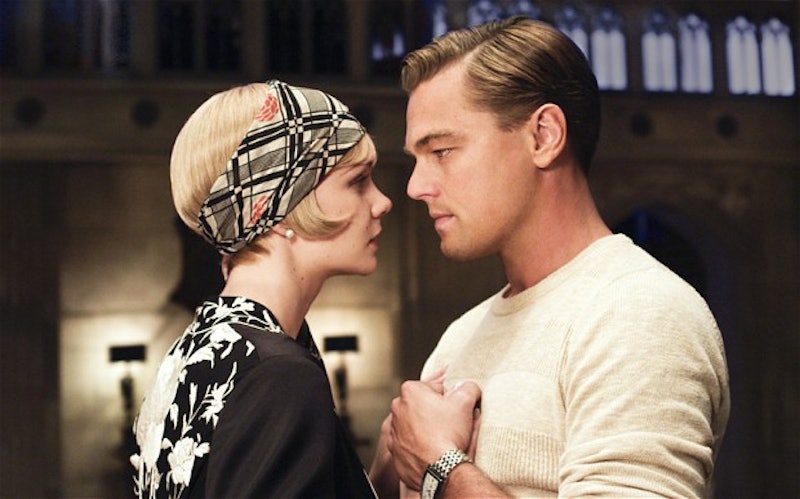 The great couples of literature have a lot of things in common. Their stories are complex and sweeping, their passion is unparalleled, and they would definitely not last in real life. Yes, there are a few exceptions. Lizzie and Darcy might have a chance, sure. I would even argue that Romeo and Juliet aren't nearly the teenaged lust monsters that everyone makes them out to be. But on the whole, healthy relationships based on mutual respect don't seem to make for great reading.

Literature is full of turbulent romances, hyper-dramatic love triangles, and deathbed love confessions. And that's great. That's part of what makes fiction so necessary. We can read about the tragic, destructive love affairs so that we don't have to actually live them. Still, sometimes it's so painfully clear that a literary couple wouldn't work in real life that you just want to pull those characters into the real world and slap them. Or at least, sign them up for some intensive couple counseling (which might be hard, since half of these clowns are married to other people). To be fair, many of these couples do eventually collapse in on themselves like dying stars. But even when they fall apart, you're left wondering how they were together for so long in the first place.

So don't be jealous of that tragic literary romance. Because these couples wouldn't make it a week in the real world:

Ok, to be fair Cathy and Heathcliff don't exactly "stay together" in Wuthering Heights . But there's no denying that they both spend their whole lives being in love with each other... and there's no way that would last in real life. They're a mess. Sure, some childhood friends might end up together in the real world, but these two are just plain mean to each other and everyone else around them. Cathy claims to love Heathcliff, but she won't marry him because it would hurt her social station. In actuality, Heathcliff would probably take the hint and move on, instead of dedicating the rest of his life to revenge.

Every couple in The Great Gatsby is terrible. All of them. Nick and Jordan were never even really that into each other in the first place. Daisy and Tom would never last IRL, because both are cheaters who resent the other and never seem to remember that they have a child together. But Daisy and Gatsby would never have worked out either, because they're mostly interested in what the other one represents. So... it's all bad.

Twilight has been bashed enough on the internet, but it's tough to make a case that Bella and Edward would actually stay together forever in real life. Their relationship is based primarily on one of them not eating the other, which can't possibly be a healthy foundation. Edward is fairly controlling, which doesn't bode well either. And he's about a hundred years older than her. You'd think he would rather talk to a woman his own age, and not hang around underage teens.

Jane Eyre gives us another controlling Edward. I'm all for Jane and Rochester, but it's a little hard to forgive Rochester for hiding his insane first wife in the attic and not telling Jane about it. There's no way that would have worked out well in reality. Rochester married Bertha in Jamaica, but soon after their marriage he discovered that she was mentally ill and prone to violent outbursts. Rather than deal with it, Rochester chose to lock her in an attic... and do nothing else. Divorce might have been a more realistic option.

Forget Romeo and Juliet, this is the Shakespearean couple that never would have worked. In real life, Lady M would have dumped Macbeth's ass and become queen of the universe by now. They clearly care about each other in their own messed up way, but Lady Macbeth is all about gaining power by any means necessary and Macbeth is all about being easily influenced by witches. Sure, Lady M goes nuts with guilt eventually, but up until that point she just sort of sees her husband as a means to an end.

Again, they don't actually stay together forever, but... let's still hope this wouldn't work out at all in real life. Humbert Humbert should have gotten arrested, like, three pages into this mess. Lolita is a child. Yikes.

Speaking of horrific couples, Nick and Amy from Gone Girl would absolutely not stay together in reality. There's just been too much cheating and murdering and framing for murder that's gone on between them. At least this couple isn't presented as especially romantic in the book. They're supposed to be wildly dysfunctional. If you haven't read this one yet... let's just say they go from terrible to unimaginably terrible.

Love in the Time of Cholera is about a youthful love that blossoms again in old age. It's very romantic... but maybe not entirely realistic. Florentino swears to love Fermina forever, even when she marries someone else. But he sure does sleep with a lot of other women while still "loving" her. And she has an entire lifetime of marriage before she gives Florentino a second chance. It makes for an interesting book, but in real life their five decades apart might have changed both of them too much to get back together.

Jaime and Cersei from A Song of Ice and Fire are twins. And lovers. That alone should be plenty to say that this couple would fall apart IRL. But on top of that, they're both pretty conniving characters, who don't exactly try to provide for each other's happiness. Mostly it's the fact that they're twins. But even if they weren't, both are so warped by their lust for power and lack of empathy, that they're not an ideal match.

I know that The Odyssey is the ultimate story of a couple staying together out of pure faith. But Odysseus is gone for up to thirty years in some versions of the myth. We're all supposed to applaud Penelope for staying faithful all that time, with all those suitors banging down the door, but honestly there's a good chance she would have given up at some point and assumed that her husband had died. Odysseus certainly gets around with the ladies while off on his adventures, and he knows that his wife is alive.