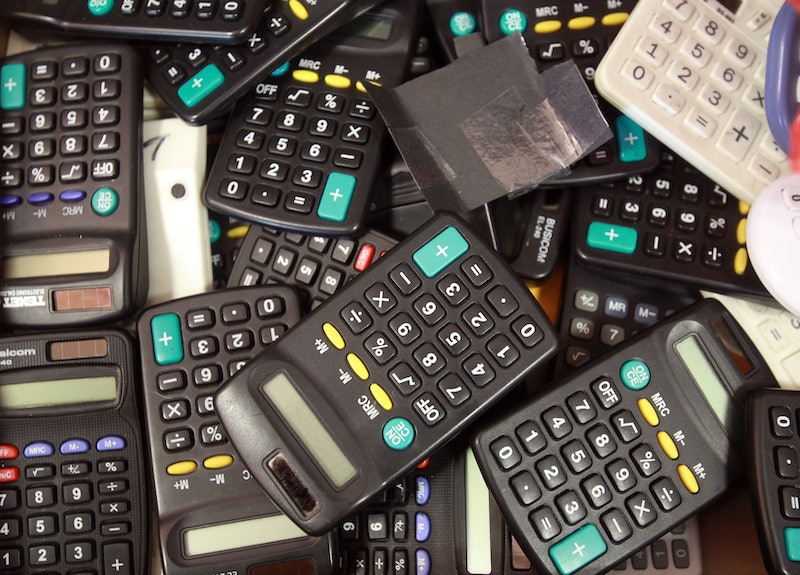 It is a truth universally acknowledged that a child of the ‘90s in possession of a Trapper Keeper must be in want of all the things every ‘90s kid had in their Trapper Keeper. The beauty of it, though, was how personalized each child’s Trapper Keeper could be — from its exterior right on down to the pencils lovingly cradled in its requisite pencil pouch. We may all have had more or less the same type of supplies tucked away between those Velcroed covers… but the actual details of them all made them uniquely our own.

Make no mistake — the Trapper Keeper itself was by far the most important school supply a ‘90s kid could own. It was the ‘90s kid equivalent of the smartphone (and the '70s and '80s kid equivalent, as well — Trapper Keepers date back to 1978): It kept you organized, it reminded you to do your homework, it kept a few nifty tricks up its sleeve to make day-to-day life easier, and more. But in much the same way that a smartphone’s usefulness depends on what apps you install on it, a Trapper Keeper, of course, was only as good as the things we decked them out with. It couldn’t keep you organized if you didn’t have any folders or dividers to do the heavy lifting; it couldn’t help you hack the classroom if you didn’t have any useful tools tucked away in it; and it obviously couldn’t keep you amused if you didn’t decorate it to the proverbial nines.

Here are those things. May they live long in our memories, and in our hearts.

One for each subject, of course. Bonus points if at least one of them was Lisa Frank.

Because loose-leaf paper was boring. More bonus points if this, too, was Lisa Frank.

Why? No reason. Just… because.

Yes, you had a separate pencil case. Yes, it was probably a mechanical one. Yes, you had an additional pouch for pencils, erasers, and pens in your Trapper Keeper anyway.

There was no pencil like a Yikes! pencil. I mean, who could resist taking notes with a tool that was half bright purple, half lime green, and all awesome?

While it’s true that it probably didn’t fit on top of your Yikes! pencils (they had some pretty oddly-shaped erasers), you usually kept at least one regular No. 2 around specifically for the purposes of troll toppage. Or you had at least one pencil with a troll actually glued to the top. Either way, trolls were had, and they were magnificent.

Or, y’know, five. 10, maybe, if you were lucky. Basically you jammed as many of them as possible into your pencil pouch, because of course you did. And hey, at least we can still buy Gelly Rolls today!

8. And Also A Couple Of Milky Pens

9. And A Plain Old Ballpoint With Blue Or Black Ink, Too

Because your teacher wouldn’t accept assignments written in Gelly Roll or milky pen.

The kind in a bottle with a brush, because those nifty little pens—or, even better, the ones that just put a strip of something resembling white tape over your mistakes — hadn’t been invented yet. Odds are it opened and leaked all over everything in your pencil pouch at least once, too.

It usually fastened right into the rings of your Trapper Keeper. You always felt so special being able to hole-punch your own math assignments without having to wait for the big ol’ metal one that usually lived on your teacher’s desk to make its way to you. You can also still buy these, by the way, so if you have a notebook or binder hanging around that needs a little somethin' somethin', here you go.

You rarely used it, but you had one anyway.

13. And A Colorful Compass To Match

14. A Couple Of Random Butterfly Clips

For recess. Or, if you were feeling rebellious, for hiding under your desk when you were supposed to be paying attention during your geography lesson.

16. At Least One Piece Of Paper With That Wacky “S” Thing Doodled In The Margins

I say “at least one,” but it’s likely that literally every piece of paper in your Trapper Keeper had that “S” drawn all over it.

You didn’t get a proper graphing calculator until later on — and when you finally did, it was way too bulky to fit anywhere other than in the front pocket of your backpack. A pocket calculator, at least, fit nicely in your pencil pouch.

You earned the Dum-Dum by getting a 100 on your spelling test. You ate it on the bus on the way home, and because you were an environmentally-minded child, you stuck the wrapper in your Trapper Keeper so you could throw it out properly later… except that you kept forgetting to actually stick it in the trash can. Ah well. Points for trying.

If you didn’t already have a Lunchable stashed in your locker, that is.

20. Something You Weren’t Supposed To Have

Pokemon cards? Pogs? Something else your teacher confiscated? Take your pick.

More like this
The 'Hocus Pocus' Sequel Finally Has A Release Date & It Makes Total Sense
By Shannon Barbour and Radhika Menon
David Schwimmer Doesn't Remember This Classic 'Friends' Episode
By Sam Ramsden
5 Mini Skirt Outfits To Wear, Inspired By These Brave Souls
By Avery Matera
If Your Refrigerator Is A Mess, These 25 Organizing Products Can Help
By Courtney Young
Get Even More From Bustle — Sign Up For The Newsletter