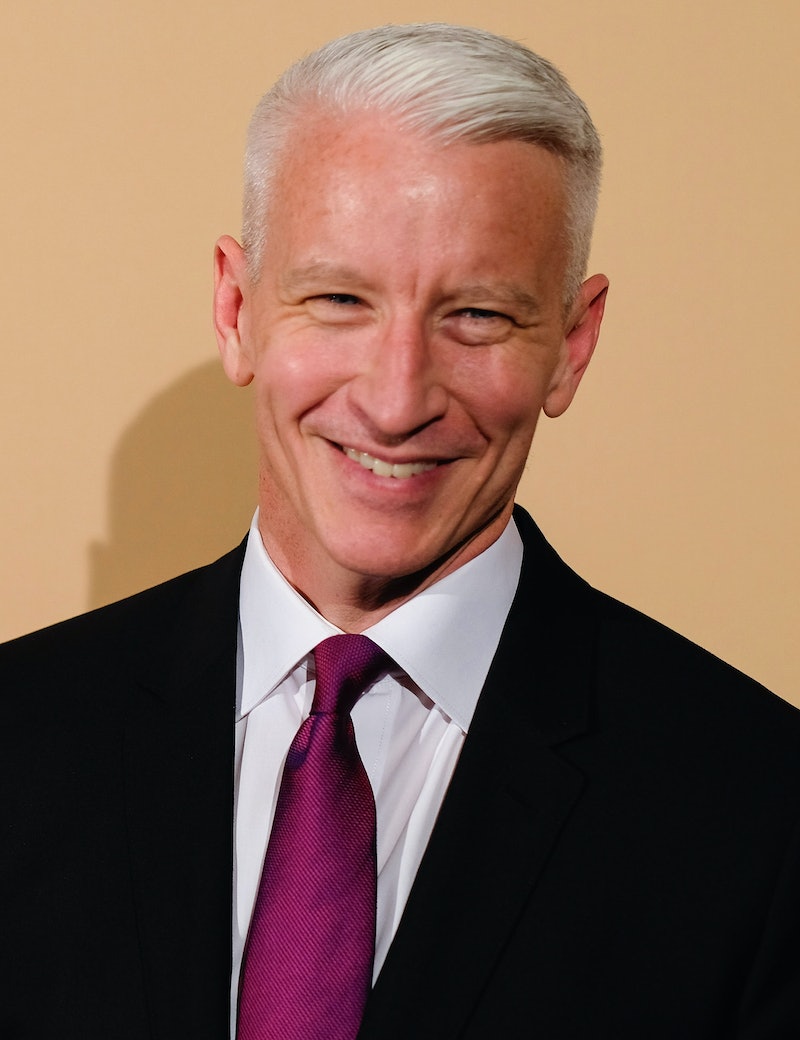 In addition to being one of the most special effects-laden films of the year and featuring some of the most iconic characters from pop culture like Superman, Batman, and Wonder Woman, Batman v Superman also featured tons of cameos. Every aspect of the two-and-a-half hour film was stuffed to the gills, from the action to the plot, and that includes the number of celebrities who were squeezed into the runtime. One of the most fun aspects of the movie was trying to spot the familiar faces who kept popping up, and there were a lot.

Some of these cameos teased future movies in the DC universe, offering fans their first glimpse at some of the heroes of the Justice League. Other cameos highlighted the past, with actors unexpectedly reprising their roles from 2013's Man of Steel. Then there were the out of the blue cameos that featured famous actors in tiny parts, as well as a surprising number of appearances by real life TV journalists and other media personalities. And just like Star Wars: The Force Awakens before it, there were even a few voice cameos that you probably didn't notice. So here are 21 cameos from Batman v Superman, ranked from worst to best.

Cassidy played fan favorite Daily Planet reporter Jimmy Olsen, who in this world is actually a CIA agent who gets murdered five minutes after he's introduced. A serious disservice to the character.

I like Costner as an actor, but his cameo had "deleted scene" written all over it. He appears as Jonathan Kent to Superman in a vision, which does nothing to advance the plot. Instead he just tells a story filled with sad, heavy-handed, pseudo-philosophy in a movie that's already overflowing with sad, heavy-handed, pseudo-philosophy. His appearance also serves as a reminder of his controversial turn as Jonathan in Man of Steel, in which he instructed young Clark Kent to let a school bus full of children die and then unnecessarily sacrificed himself in a tornado rather than let Clark save him.

These are four diverse media personalities: Gandhi is a documentary filmmaker, Sullivan's a conservative blogger, and Bash and Baldwin are both CNN journalists. But I'll be honest, I don't really remember any of their appearances. Maybe it's just that they're not as famous as the other media stars who played themselves in the movie, but these four came and went without much impact.

General Zod's dead, naked body spends a surprising amount of time on screen. I was expecting him to open his eyes or do something that would warrant Shannon's presence in the movie, but nope. Just a lot of being dead and naked. A wasted opportunity.

The actress again voices the alien ship, just as she did as Man of Steel. She does a great job, but doesn't really offer anything new this time around.

Gugino's Watchmen co-star voices the President of the United States, heard over the phone. This cameo is more retroactively fun than anything else, since most people had no idea Wilson was in the film since he's never seen.

Rose is a big name in journalism, and he plays himself in a fun appearance as he interviews Senator Finch. I just wish he had gotten some screen time with a more significant character.

The senior Senator from Vermont is a big time Bat-fan, and he offers some real-life experience to his role as... a U.S. Senator. Real life politicians playing politicians is always fun.

O'Brien also plays herself, and her live reporting offers another great does of realism to the film.

Guess who he plays? Cooper as himself is given more to do than any of the other journalists in the film, as he narrates a lot of the action from his news desk directly to the audience, making the film seem at times like the most insane CNN broadcast ever.

The third alum from Zack Snyder's Watchmen in the film, Morgan has a very brief role as Thomas Wayne, the father of Bruce Wayne, doing what the character is best known for: Getting murdered.

The Walking Dead star's turn as Martha Wayne, Bruce's mother, is very brief, but it ends up being crucial to the film.

Miller has two cameos as The Flash, and the second redeems the first. His first cameo is very confusing, as he appears to Bruce Wayne in a vision, directly after another vision, to offer a vague warning. There's nothing to identify him as The Flash to viewers who weren't expecting Miller in the role, but his second appearance clears up this issue in a cool reveal.

Pine's cameo is limited to an appearance in an old-timey photograph, where he's seen alongside Gal Gadot's Wonder Woman in 1918, but it serves as a reminder that Wonder Woman is getting her own movie next year, a period piece, no less, and that alone is enough to get fans excited.

Momoa's Aquaman makes a brief underwater appearance, and fans even get to see him wield his trident. It's pretty sweet.

Of all the journalists in the film, Grace felt the most like herself in the movie, debating the moral implications of Superman.

Out of the three future Justice League members to cameo, Fisher's Cyborg gets the best reveal, as fans get to see him slowly built via documentary-style footage, culminating in an appearance by an alien mother box.

The astrophysicist had me believing that superheroes could be real as he discussed the science that makes them tick, and that's why his cameo was the best of the bunch.

Just like the movie itself, not everything works when it comes to Batman v Superman's cameos, but when they do, they sure are fun!