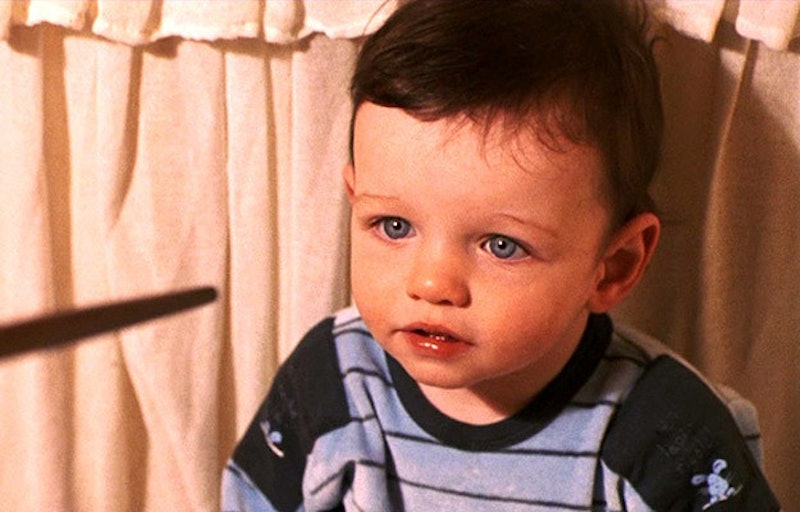 From family names passed down from generation to generation, to the names of pop-culture icons you've been obsessing over since you were a kid, there are dozens of places to find ideas for baby names. For the bookworms of the world, it's only natural to find a character or author name from your favorite book, and if you're a Potterhead, there are dozens of fun and unique baby names inspired by Harry Potter to choose from.

Like fashion and design, baby names have their own trends. There are the retro names making a comeback, like Emmett and Ava, and gender-neutral baby names, like Riley and Arlo, that are popular this year, but literary baby names from books will always be classics. Girls will continue to be named Charlotte, Elizabeth, and Scarlett thanks to the writings of E.B. White, Jane Austen, and Margaret Mitchell, and boys are still called Dallas, Atticus, and Holden because of the enduring works of S.E. Hinton, Harper Lee, and J.D. Salinger. Bookish baby names are unique, beautiful, but above all else, meaningful — especially if they're from your favorite childhood series like Harry Potter.

Whether you're an expectant parent trying to narrow down the list, or just dreaming about the future, here are 17 literary baby names inspired by Harry Potter.

From princes to presidents, there are a lot of famous Harrys out there, but none more famous (at least, for book nerds) as The Boy Who Lived. A simple yet classic moniker, Harry is the perfect boy's name for serious Potterheads.

Did you know Ginny's real name is actually Ginevra? Too weird for you? Go with Virginia, a more common first name that's often shortened to Ginny.

Adorable and unique, Teddy is a great boy's name that radiates kindness and innocence, just like Harry's godson does.

Floral names have always been popular, including Harry's mother's name, Lily. Beautiful and simple, it's the perfect girl's name for HP fans.

While you might not instantly think of Harry Potter when you hear the common name James, it's an important one throughout the book. Not only is it Harry's father's name, but it is also Harry's middle name, and the first name of Harry and Ginny's first son.

Another more commonly used one, Molly's name radiates warmth, kindness, and strength — just like the matriarch of the Weasley family herself.

If you want a name with strength and power behind it, you can't go wrong with Victor. Doesn't it make you tremble with fear (in a good way) just hearing it?

She may have had a few screws loose, but Sybill Trelawney is certainly a unique and interesting character, as is her name. Unique and old-fashioned, Sybill is a fun girl's name you won't hear anywhere else.

The name of Dumbledore's youngest sister, Ariana is bold and beautiful girl's name you won't hear every day.

Sure, there's the king from legend and the aardvark from TV, but the best Arthur is the one from Harry Potter. Strong, brave, and loyal, the head of the Weasley family would make a fantastic namesake for any kid.

Delicate and beautiful, just like the character, Fleur is an elegant name for an elegant little girl.

Sirius Black's middle name is not only a constellation, but a kick-ass baby name that will definitely stand out from all the Joes and Mikes of the world.

Another floral name, Poppy screams optimism, energy, and kindness. Okay, the nurse from the books who shared the name wasn't exactly like that, but hey, working in Hogwarts can be pretty stressful work, especially in the infirmary.

Barring any rude nicknames (like Loony), Luna is a celestial name that gives off an impression of magic and wonder. What more could Harry Potter-lover parents want from a name?

The captain of Gryffindor's Quidditch team, Oliver was always a supportive team player and a great role model. Maybe by naming your son the same thing, you can tap into some of that greatness.

Rounding of the list with another floral name, Lavender's character may not be the best namesake, but she does have a beautiful moniker any baby girl would be lucky to have.