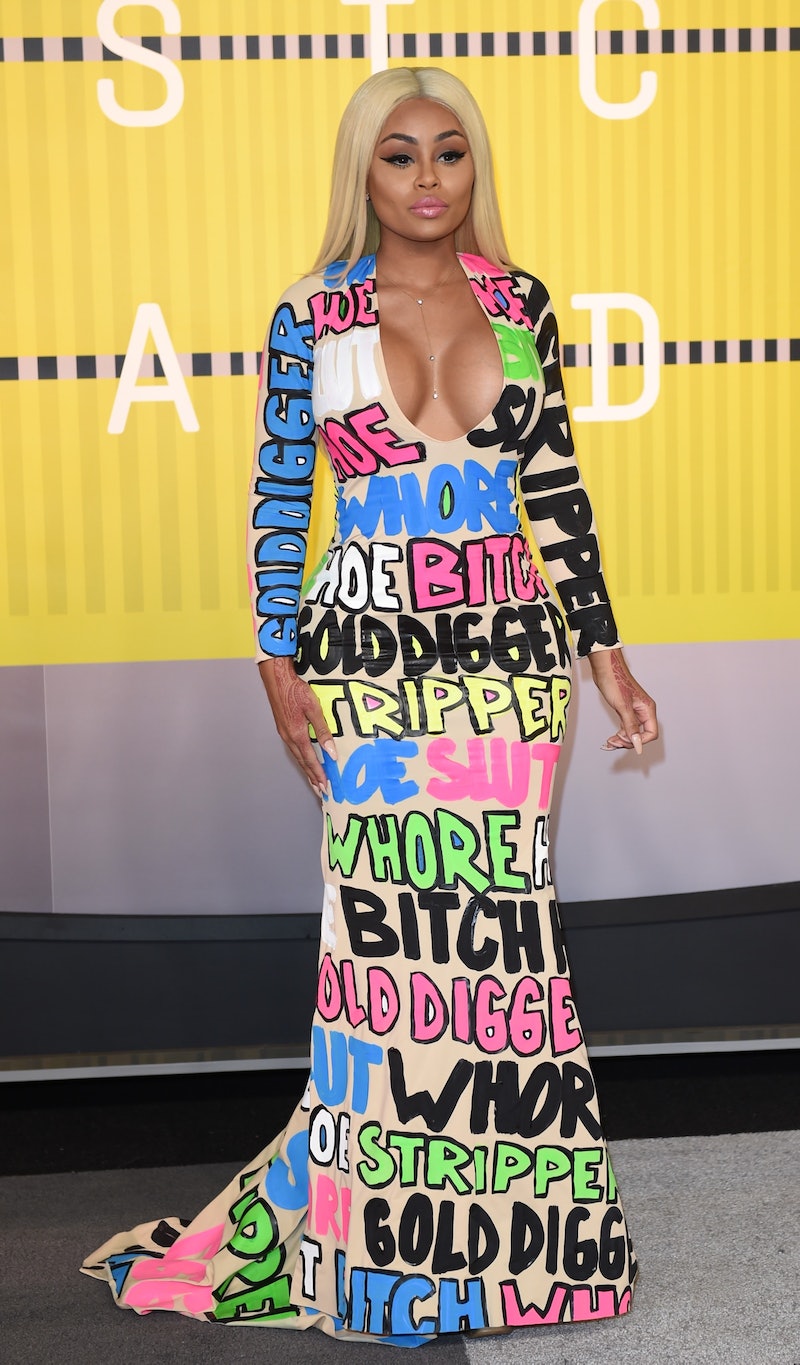 In the Instagram seen 'round the world, Friday, both Blac Chyna and Rob Kardashian confirmed they're expecting a baby. But instead of being met with messages of congratulations and praise, Rob & Blac Chyna were hit with tweets and memes lobbing jokes (some far meaner than others) at their happy news and calling Chyna opportunistic, trivial, and, well, some things that are a whole lot worse (but we won't give those folks the attention they clearly crave). Sadly, this has become a prevalent trend during their steadily progressing relationship and right now, it needs to stop. Like any other couple in Hollywood, Chyna and Kardashian are seemingly euphoric, so what gives anyone the right to bully them out of their happiness?

Back in April, the couple announced their engagement much to the chagrin of the internet. Many people equated the ire to the shortness of the duo's relationship, seeing as the couple only went public with their romance in January. However, much of the remaining widespread opinion to go against the couple's love is due to the complicated feud Chyna and Kardashian were allegedly in with his sisters. You see, their relationship logistics are complicated: Chyna is Kylie Jenner's current boyfriend, Tyga's, ex (though Kylie and Chyna now seem to be on pretty good terms). And reportedly, Chyna has had issues with Kim Kardashian over Chyna's friendship with Amber Rose, who is also Kanye West's ex (though it should be noted that Rose and Kim Kardashian seem to have made up). "Complicated" is an understatement, I know. As the couple continue to try and maintain some joy, I am tired of the countless rumors that continue to surround them — including everything from how the relationship is going or how it's about to end, and now, the mean tweets about their future child.

Just two hours following Chyna and Kardashian's announcement, "Blac Chyna" was trending worldwide on Twitter, with more than 113,000 tweets. And what's upsetting is that within these 113,000 tweets, it's not at all odd to see extreme negativity towards the couple. Both Chyna and Rob are happy, and with the announcement of their baby, too many fans of Kardashian drama are taking the low road. And it's just plain wrong.

Besides, Kardashian fans, none of the dramatics behind this relationship should surprise any of you. Why was it easier for us to accept Khloe's marriage to Lamar after a month, and support Kim for divorcing her husband after 72 days, but we are not there to encourage Chyna and Kardashian for finding their own slice of happiness, no matter how weird it makes the family history? I doubt they are hurting anyone in the process. Recently, Chyna's ex, Tyga, even reportedly congratulated the couple, both on their engagement and now their pregnancy.

Luckily, the couple has its supporters as well:

Today, we have to put ourselves into other people's shoes and maybe try and do a little better, people. Before you criticize, congratulate. Chyna and Kardashian don't deserve your hate, especially at a moment as happy as this one should be.