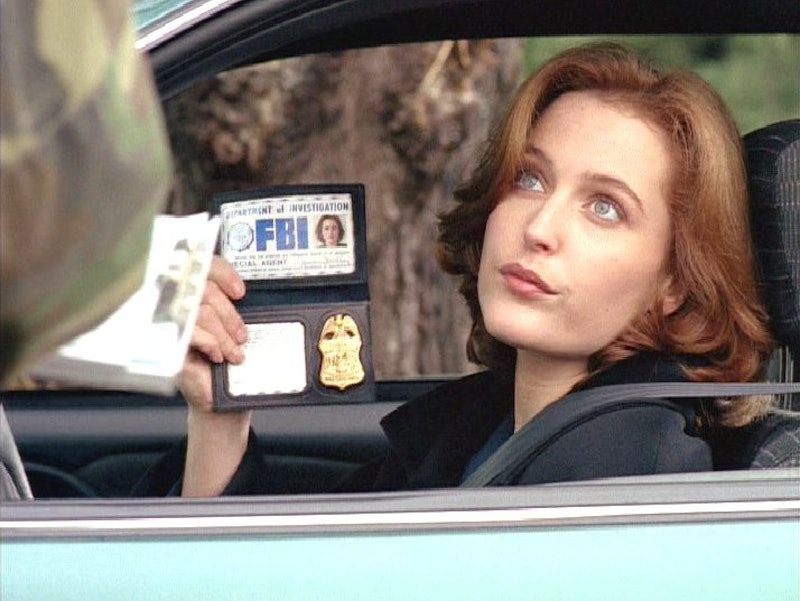 The media we consume helps shape the way we view and process the world — so it’s not exactly unexpected that for us older Millennials, a lot of our favorite ‘90s career role models would come from the television and movies we watched, the games we played, and the books we read. Were they always the most realistic? Of course not; generally speaking, “wizard” is not a viable career path for your average human being. But for these ‘90s characters, jobs were no joke — and they taught us not only what kinds of fields we might be interested in, but also how to conduct ourselves once we got there. Unless you are very, very lucky, no one is going to hand your career to you, so you’d better be prepared to work for it.

Obviously these aren’t the only career role models we had; we each undoubtedly had plenty of real life examples to follow, and of course role models can be of any gender. I’ve focused on women in particular here, though, largely because in retrospect, I’ve realized how valuable it was to have them to look up to when I was a girl. They forged paths for themselves in fields that weren’t always amenable to women, and they made sure they had a seat at the table, because they damn well deserved to be there. They were smart, they were savvy, and they were capable — all skills I’ve tried hard to cultivate in myself over the years.

I may not have grown up to be an FBI agent, but there are still lessons to be learned from Dana Scully and all the rest of the women seen here — as well as many, many more. Here, though, are a few to start:

In this case, I’m talking about the April O’Neil depicted in the Ninja Turtles cartoon show and live action movies; a badass reporter, she went after her stories with the kind of no-nonsense, take-no-prisoners chutzpah to which most of us aspired. That said, though, the original April as she was depicted in the comics is also worth a mention: She was a computer engineer, giving us a solid STEM role model, too.

Admittedly I’m more fond of Vivian as played by Janet Hubert-Whitten than I am of the same character as played by Daphne Maxwell Reid; the character was somewhat rewritten during the last three seasons of The Fresh Prince of Bel-Air, and I’m not totally convinced the move was a good one. During the first three seasons, though, she was a strong career role model, never playing backseat to any of the men in her life; furthermore, the fact that she worked so hard to earn her Ph.D. showed us that we really are in charge of our own destinies.

If you wanted to be a teacher when you grew up, odds are you wanted to be the kind of teacher Ms. Frizzle was. While it’s true that the likelihood of us having a Magic School Bus at our disposal was slight, she really cared about her students — and the wonder from which she approached both her lessons and the world opened up so many fascinating possibilities.

The Mystery Files of Shelby Woo may only have run for two years, but it made a huge impression on an awful lot of ‘90s kids. Shelby was not only absurdly smart, but she also forged her way in a field that was not always welcoming to her — something which so many women, people of color, LGBTQ people, and more struggle with frequently as adults. And she did it all as a teenager. You go, Shelby. You go.

No, I’m not advocating being a criminal mastermind as a viable career path. That would be illegal. But not unlike Shelby Woo, Carmen Sandiego created the career she wanted for herself, rather than bowing to what society said she could or couldn’t do. Granted, doing that by pursuing illegal activities probably wasn’t the most advisable method… but it’s still a valuable lesson to learn.

Like a lot of ‘90s cartoons, Chip ‘n Dale: Rescue Rangers fell into the trap of having a single, token female character — but on the plus side, that character was Gadget Hackwrench. As fast a thinker as she was a talker, she wore tons of proverbial hats, among them pilot, mechanic, and inventor (hi there, STEM role model!). She was always curious about how things worked, and she never shied away from a challenge; furthermore, she wasn’t afraid to fail. Being able to make mistakes, then learn from them is one of the most valuable job-related skills you can have, whether you’re an engineering genius or an arts administrator.

Both individually and as a team, the Baby-Sitters Club provided another teenage dose of career inspiration. First off, the fact that a group of 13-year-olds was able to run a viable business is nothing to sneeze at; and second off, they all brought their own strengths to the table and were better business owners and employees because of it: Kristy for her big ideas, Mary-Ann for her organizational skills, Claudia for her think-outside-the-box creativity, Stacy for her math smarts, and more. Sure, they had their disagreements, but by and large, they showed us the members of a company working together to be its very best.

We all harbored dreams of being an FBI agent after watching Scully kick butt time and time again on The X-Files, right? At least just for a little while? Heck, she also made a lot of us want to be doctors. And she proved that we could be doctors and FBI agents at the same time. Like so many of the women on this list, she was smart, she was savvy, she was really good at her job, and she often demonstrated how to function in a work environment that didn’t always think you deserved to be there (even though you totally did). She knew her worth, and she conducted herself accordingly.

Sometimes I forget that the first Harry Potter book was published in 1997; I always think of it as having arrived much later on. Regardless, Minerva McGonagall remains one of my favorite characters both in literature and on the screen — and not necessarily just because she was a phenomenal teacher and extraordinarily skilled witch (although obviously she was both of those things). Basically, McGonagall is the kind of boss you both hope you’ll have at some point in your career, and later on be. She was tough, but fair, pushing her students to do the best work they could — and moreover, they all wanted to do their best work for her (even if Harry and Ron slacked off a little more than they probably should have at times). That’s exactly what the best leaders inspire their employees to do.

It’s only as I’ve gotten older that I’ve realized how much I appreciate Star Trek: The Next Generation's Dr. Crusher as a character. She was never shoehorned into one identity: She was an accomplished doctor, a single mother, and frequently a romantic lead. While in some ways this characterization sort of falls into the trap of the “can women have it all?” debate that’s raged so heatedly in recent years, it’s also an excellent example of the many different roles adults have. Having kids doesn’t necessarily mean that you stop falling in love or having sex; you don’t necessarily have to choose between having a successful career and being a parent; and apparently dating in the workplace can be done, as long as you’re able not to let either interfere too much with the other.

More like this
The 'Kenan & Kel' Reunion On 'SNL' Took A Dramatic Turn, Thanks To Keke Palmer
By Brad Witter
The First Trailer For 'That '90s Show' Includes So Many Nods To The Original Series
By Jack Irvin, Alyssa Lapid and Grace Wehniainen
20 Christmas Movie Quotes That'll Get You In The Holiday Spirit
By Alexis Morillo
This 'Derry Girls' Reunion Has Delighted Sister Michael Fans
By El Hunt
Get Even More From Bustle — Sign Up For The Newsletter