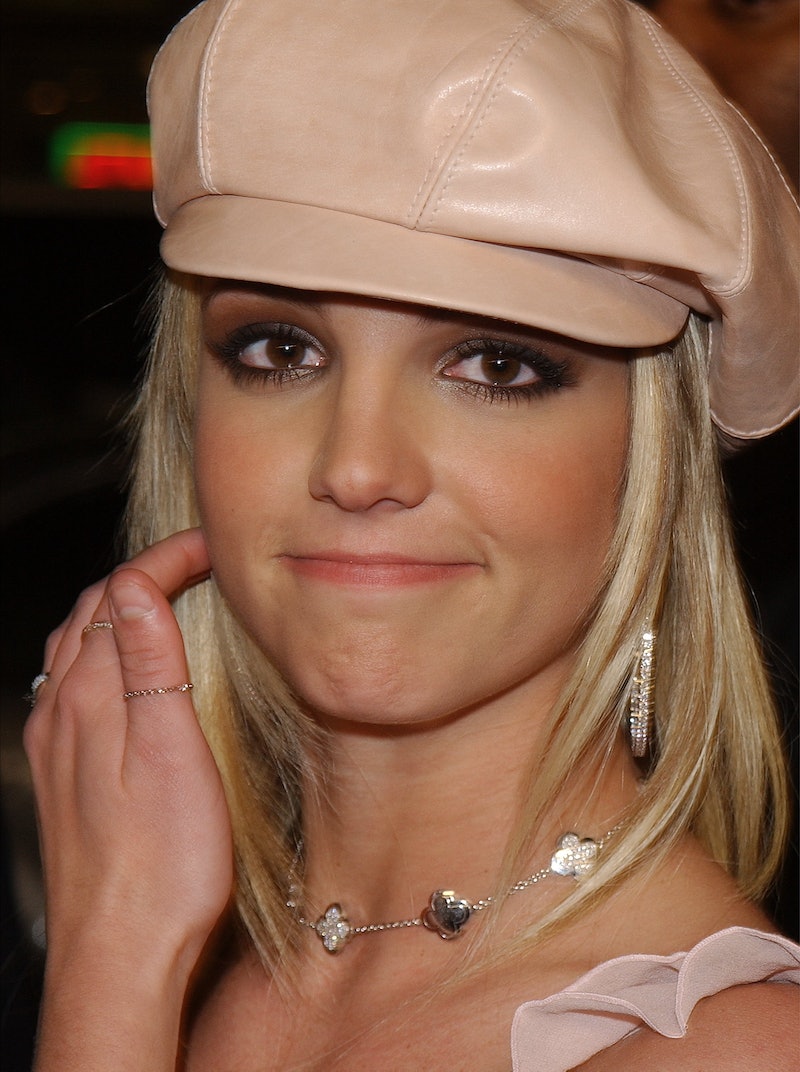 There are certain things that come to be cultural norms for different generations, and that other generations are completely baffled by. This is definitely true when it comes to fashion trends older Millennials don't get, but that younger Millennials loved.

There were so many changes in pop culture between the early '80s and the early '00s — particularly in the realms of fashion and technology. Thus, older and younger Millennials may view each others' upbringings as completely alien to their own, despite being part of the same generation.

Although we have our similarities — like our shared love of the Spice Girls — there are some trends that younger Millennials loved back in the day, and that older Millennials don't often seem to get their heads around. So here are some fashion looks that confused the older among us.

The skirts and dresses worn over pants trend was probably totally weird to older Millennials. Why couldn't younger GenY-ers just make their minds up and wear "normal" clothes like the rest of us?

WTH is a popcorn shirt and why did it exist, let alone become fashionable? It looked like something you cobbled together in home economics, thus causing you to flunk the class.

Sure, we were all on board with the whole underwear as outerwear trend that got resurrected when Moulin Rouge! hit movie theaters in 2001, but lace-up pants on tweens? Not cool. Older Millennials may have been in their late teens or 20s in the early '00s, so "sexy" lace-up clothes should have been their territory. Instead, they were rendered totally untouchable by all the lace-up pant-wearing, 11-year-old Christina Aguilera wannabes of the world.

Shirts emblazoned with some kind of random phrase or provocative noun, such as "Babe" or "Flirt," became super popular with younger Millennials in the early '00s. Along with the rise of these arguably inappropriate shirts came the rise of pants featuring butt slogans, which were even more uncomfortable than their top-half counterparts.

It's not that older Millennials don't get athleisure, because duh, Clueless practically invented the trend; it's more that velour tracksuits took the athleisure trend and got Barbie to throw up on it. Younger Millennials wore their matchy-matchy velour tracksuits to the mall, likely paired with their fuzzy boots, all the while trying desperately to be like Paris Hilton and Nicole Richie on The Simple Life .

This trend was way too immature for older Millennials who were likely in their angsty phase when butterfly clips hit it big.

Everyone could see your thong, even if they didn't want to see it. Older Millennials would usually much rather slip into their familiar mom denim than a pair of super uncomfortable low-rise pants.

Avril Lavigne rocked this look frequently, but did anyone honestly think that wearing dad's old tie over their tank top would transform them into a sk8er girl?

What was so alluring about octopus trousers, anyway? The fact that you could spin around and random pieces of fabric would fly around you, making you feel like a Sky Dancer? Octopus trousers will remain a mystery to older Millennials, I'm sure.

10. Things That Glowed For No Reason

OK, so glow sticks were pretty cool if you were going to a party or sneaking into a rave, but flashing pendants and light-up sneakers? Younger Millennials thought that things that glowed in the dark for no reason were awesome, but older ones worked out that these items were just another way for parents to keep track of you.

When grunge fashion peaked in the 1990s, older Millennials would purposely pull holes in their hosiery and hack into their jeans with a pair of scissors. In the early millennium, GenY-ers could buy clothes that came pre-ripped, which totally took the DIY element out of it. Grunge died and emo took its place with pre-torn fashions, including items with safety pins already attached to them.

In the early '00s, looking like a futuristic street urchin became a thing. Strange doesn't even cover it.

If you weren't a fan of looking like you stepped out of a Dickens novel, you could always add a random pair of knuckle gloves to your ensemble, just to make you look like an inappropriately dressed character from the Tekken franchise.

There are some mysteries in life you will never find the answer to. But don't worry, older Millennials: You aren't alone in your lack of understanding when it comes to these sartorial trends that younger Millennials loved.

More like this
Here Are All 703 Outfits Rachel Wore On Friends
By Kat George
The 'Kenan & Kel' Reunion On 'SNL' Took A Dramatic Turn, Thanks To Keke Palmer
By Brad Witter
The First Trailer For 'That '90s Show' Includes So Many Nods To The Original Series
By Jack Irvin, Alyssa Lapid and Grace Wehniainen
8 Nail Art Trends That Will Be Everywhere In 2023
By Jordan Murray
Get Even More From Bustle — Sign Up For The Newsletter