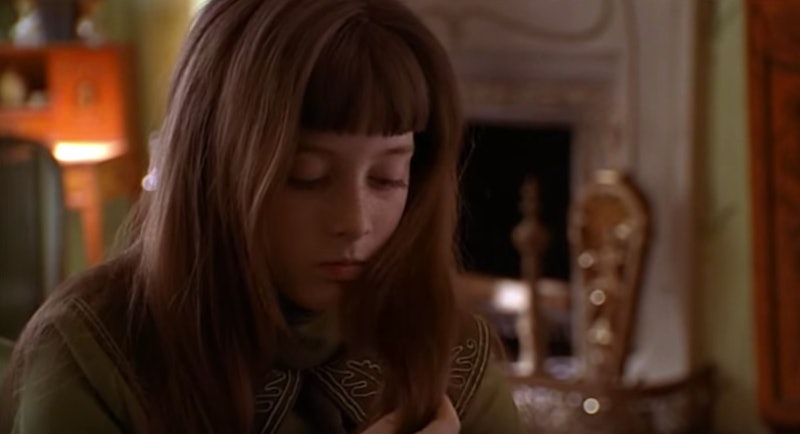 Kids have the best imaginations, often enabling them to dream up stories, games, and other worlds with ease. If you grew up in the 1990s, it’s very likely that you believed in '90s beauty myths that were in circulation at the time. After all, a new one seemed to surface each week.

I believe that many of these beauty myths stemmed from desire, rather than actual truth. They were things we desperately wanted to be true, when ultimately we were kind of kidding ourselves. Beauty and fashion toys of the ‘90s arguably didn’t help in perpetuating these myths. With dolls that could grow their hair in a matter of seconds or change the color of their makeup by getting it wet, we weren’t exactly being shown realistic scenarios when it came to beauty.

There were also a handful of creepy myths around in the ‘90s, such as the urban legend of Bloody Mary. Apparently, if you looked into a mirror and called “Bloody Mary” three times, she would appear before you. This was enough to put 8-year-old me off looking into mirrors for a long time. It didn’t help that my closet doors took up an entire wall in my bedroom and were fitted with mirrors.

So here are a bunch of crazy ‘90s beauty myths I encountered in my youth, and that you too probably believed when you were a kid.

1. Brushing Your Hair 100 Strokes Each Day Makes It Grow

Perhaps this was the fault of bedtime fairytales or watching mean girl Lavinia brush her hair so much in A Little Princess, but whatever the reason, there was an urban legend in the '90s that if you brushed your hair 100 strokes every day, it would grow to be like Rapunzel's. Too bad it wasn't that easy IRL.

I guess it was easier for parents to play pretend in this department than explain why 6-year-olds shouldn't get tattooed.

3. Sun-In Will Give You A Barbie-Esque Blonde

This was a pretty sad myth. Once you tried the product, your dreams were likely shattered upon noticing that your brown hair was turning slightly orange rather than platinum.

4. Color-Changing Lipsticks React To Your Mood

Let's just say that "mood lipsticks" could predict your emotional state as well as mood rings. I'll leave that one with you.

5. The More Eyebrow Hair You Pluck, The Better

In the '90s, thin eyebrows were the only eyebrows. So you plucked your caterpillars to within an inch of their existence, before your mom caught you in the bathroom and saved you from bald brows. They still haven't recovered to this day.

6. Wearing Perfume Will Help You Attract All The Suitors

You thought that you'd be irresistible to your crush if you bathed in your mom's musk. But the reality was that everyone in a three-foot radius thought you smelled like their grandmother's sock drawer.

Hair mascara of the '90s was not as advanced as it is today. I don't know what we were thinking, but clumpy, straggly blue strands didn't really suggest we'd had a proper dye job.

8. There Is No Greater Pain Than Ear Piercing Pain

Whether you weren't allowed to get your ears pierced growing up, or you just didn't fancy it, you probably heard all of these horror stories about how painful it was. However, your friends were likely exaggerating to feign being mature and able to deal with the worst aches known to man. According to them, ear piercing was basically up there with childbirth.

Black nail polish had a bad rep throughout some of the '90s, since it apparently meant that you were a "goth." This, of course, was something you did not want to be if you were to become popular in school. Kids can be so cruel. Ironically, goth girl fashion is perceived as edgy and trendy these days.

It didn't matter if your personality sucked. Having a belly button piercing meant you were the coolest tween around.

11. Short Hair Will Make You Look Like A Boy

We can probably blame this on Disney princess movies, but for some bizarre reason, many '90s kids thought that wearing a haircut above your shoulders automatically made you look like a boy. Little did we know that pixie cuts were actually one of the most feminine haircuts you could rock, or that androgyny and wearing whatever hairstyle you desired were the epitome of cool. Thankfully, adulthood opens one's mind to things that are different just a little bit more.

All I can say is, thank goodness we now know the truth.

More like this
Introducing Beauty Beat, The UK’s First Luxury Beauty Event For Women Of Colour
By Justine Knight
8 Gorgeous Hair & Makeup Moments From The 2022 American Music Awards
By Audrey Noble
Tracee Ellis Ross Says 'The Hair Tales' Is “A Love Letter To Black Women”
By Erin Stovall
The 117 Best Black Friday Beauty Deals Of 2022 To Shop
By Audrey Noble
Get Even More From Bustle — Sign Up For The Newsletter