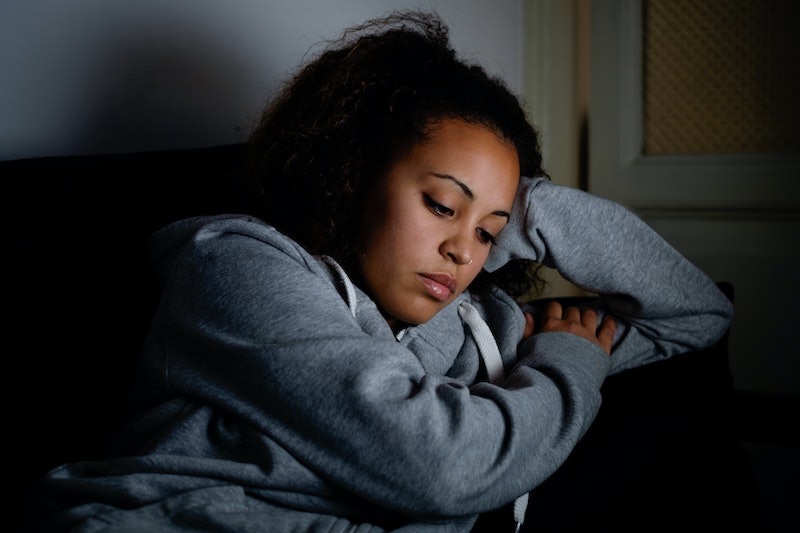 Gender politics and mental health may seem like two separate things entirely — one large and cultural, and one personal and individual. But when something is widespread throughout your society, it's impossible for it not to influence you on an emotional, psychological, and even physical level. In fact, the ways gender norms affect your mental health can be hard to perceive, but once you're aware of them, it's hard not to see how they apply to nearly all of us.

Research has found that women are more prone to certain mental illnesses than men, although it's sometimes difficult to tease out biological factors contributing to this disparity from cultural ones. However, a number of studies have examined how specific factors like workplace sexism and toxic masculinity can cause mental health issues. These issues can range from full-on mental illness to unpleasant experiences like stress that don't necessarily constitute a diagnosis, but which nevertheless impede our daily lives.

Whatever the specifics of each situation, mental health issues based on gender are symptoms of a mentally unhealthy society. When a large portion of the population is suffering, that's a sign that we're doing something wrong in how we raise our kids, how we treat people throughout their lives, and what messages the media is sending. Here are some of these many ways gender norms affect our mental health.

1. Women Who Experience Objectification Have More Anxiety And Depression

A study published in Sex Roles found that women — especially black women — who experience objectification, including sexual harassment and the threat of rape, are more likely to suffer from anxiety and depression. This correlation could help explain why women are 70 percent more likely to have depression, according to the National Alliance on Mental Illness, and twice as likely to have an anxiety disorder, according to the Anxiety and Depression Association of America.

A study presented at an American Sociological Association meeting last year found that women in professions where they constitute 15 percent or less of the workforce have higher levels of the stress hormone cortisol than men do. Another study in the American Journal of Sociology found that both men and women experience heightened cortisol levels when they're outnumbered and the rest of their group is talking about something gender stereotypical that excludes them. This suggests that women's greater workplace stress could result from the bro culture prevalent in a lot of male-dominated fields.

3. Women Who Are Victims Of The Wage Gap Are More Anxious And Depressed

Here's another blow to the idea that women's higher anxiety and depression levels result from innate differences: A study published in Social Science & Medicine found that women who make less than men in comparable jobs experience more depression and anxiety. The authors speculate that this is because women take the difference of pay to mean they are inferior. Considering that women make 78 percent of what men earn nationally, that's a lot of inferiority complexes.

4. Women Are Half As Likely As Men to Feel Good About Their Bodies

20 percent of men and 11 percent of women feel positively about their bodies, according to a survey by Yahoo Health. This indicates that women are feeling more pressure from the media to meet unrealistic standards, but these numbers aren't particularly high for either gender. Nobody has it good when it comes to beauty standards.

5. Women Are Less Confident Than Men

To varying degrees throughout the world, women exhibit less self-confidence than men, according to a study in the Journal of Personality and Social Psychology. This isn't surprising given the way women are taught not to take up too much space or time, be too aggressive, or ask for too much. It could also help explain why women are less likely to negotiate their salaries, ask for promotions, or apply for jobs.

6. Men Are Less Likely To Get Help For Mental Health Problems