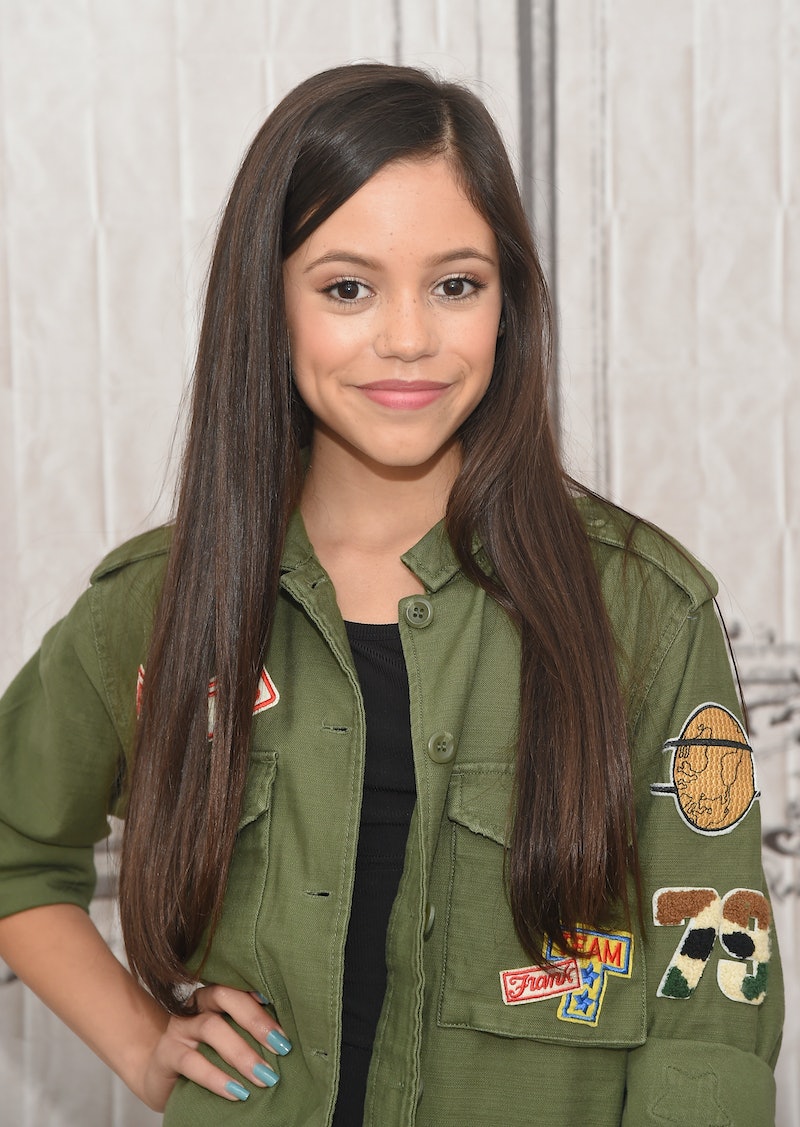 If you've seen even one episode of Jane the Virgin, you know there's a seemingly never-ending love triangle. Gina Rodriguez's character, Jane Villanueva, is torn between Michael Cordero (played by Brett Dier) and Rafael Solano (Justin Baldoni). When chatting on the phone with Jenna Ortega, who plays Young Jane on the CW series, I pose the ultimate question: Team Michael or Team Rafael? The 13-year-old star immediately gushes, "Michael all the way." I ask her to elaborate and she gives an answer fans will have trouble arguing with.

"I feel like he deserves Jane. He’s like the OG fiancé and I think he’s super sweet. And I love how he’s always looking out for Jane... how he helped her grandma stay in the country and things like that. It’s just little things that help Jane’s life so much, even if she doesn’t feel the same way about him."

However, like other Team Michael fans, Jane the Virgin 's most recent finale left her in distress. (Spoiler alert: If you haven't caught up on Season 2, you should probably stop reading right now. Seriously, step away from the laptop.) That's because an otherwise heartwarming episode ended with a devastating cliffhanger. On the same day that he and Jane finally tie the knot, Michael gets shot. Because, of course, no happiness ever lasts on this show; the drama is unfortunately inevitable.

When pressed for spoilers, unfortunately Ortega can't spill any secrets about what happens next — because she's still unsure herself. "I don’t know what’s going on, because I haven’t read any of the new scripts yet," she says. "I want to see Michael heal and get better, and him and Jane live in this happy world. But you know, it’s a drama comedy. Who knows what’s going to happen."

Beyond rooting for Michael's recovery, here's what Ortega would love to see play out on the show. In terms of the show's flashbacks to Jane's childhood, she says,

"I would like to see if Jane ever had a rebellious streak ... because I always think those are the funniest stories to tell. Like, 'Remember when this happened?' Some crazy story that would embarrass Jane when she’s older. I think that would be really fun to do."

It's true, the character is quite the goody two shoes. Everybody would be shocked if she really did have a rebellious stage.

On the flip side, something that's pretty unsurprising about Jane is her choice of food, which is exactly why I have one more very important question for Ortega: Is she sick of eating grilled cheese yet? Considering it's one of Jane's top-three favorite things (as a kid and adult), there must be a limit to how many one person can consume, right?

Wrong. The star disagrees and tells me, "No, I love grilled cheese! And it’s so easy to make. It’s something my family and I are always eating."

That's the best possible answer, so here's to more episodes of Jane the Virgin and endless grilled cheese sandwiches. It's a comforting snack, especially to help get through the show's most drama-filled moments.