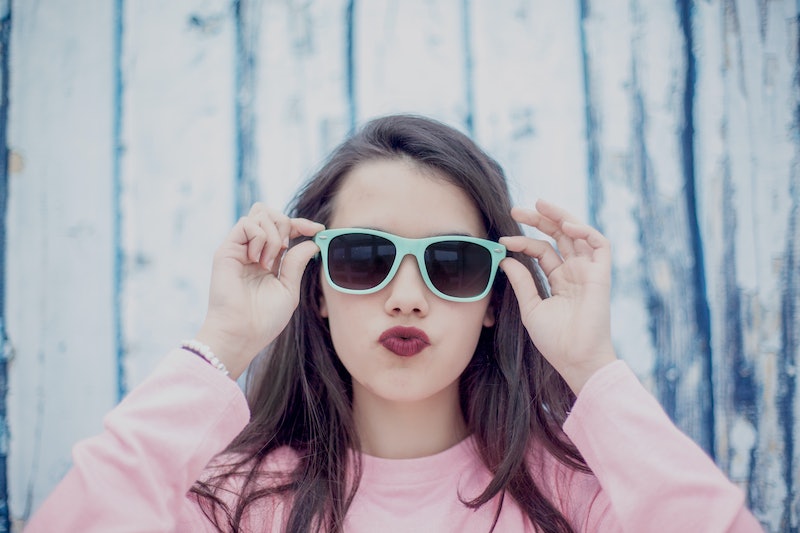 Misogyny comes from a lot of places — the media, our parents, our coworkers, our partners, etc. — but it can also come from within ourselves. Misogyny directed toward oneself is called internalized misogyny, and though we may not realize it, there are lots of thoughts we have due to internalized misogyny on a daily basis. Sexism really does seep into our minds and affect every area of our lives.

Since we’re in our heads all day long, the thoughts we have about ourselves and others have the potential to impede our work, relationships, and lives, but they also have the potential to transform our lives for the better. By working through internalized misogyny, I’ve been able to become more confident, assertive, and at peace in all areas of my life. But it's still in progress; even the most feminist people have misogynistic thoughts lingering within them, and it can take a long time to unlearn the harmful lessons our culture has taught us.

Here are a few of the thoughts that many women and other feminine-presenting people have on a daily basis that we can likely chalk up to internalized misogyny — and why they're worth challenging.

This is a thought many of us have not just when we’re looking in the mirror but also when we’re talking to other people, working, and even just hanging out alone. Social scientists know this as “objectification consciousness”: Constantly picturing ourselves in our heads as a result of the way the media and other people focus on our looks. This is not our fault, and it’s very normal — even though "normal" isn't really a great thing for it to be. The fact that it is reminds us yet again of the shift in thinking needed in our culture at large.

This is a common worry for all groups of people, obviously, but feminine people especially are taught they not only benefit from pleasing other people, but also exist to do so. When other people don’t like us, then, we feel worthless. It took me a while to realize I was allowed to be in a room even when I didn’t please the people there.

Even when we wouldn’t judge others, a lot of us end up slut shaming ourselves for having casual hookups, wearing revealing clothing, having a lot of sexual partners, and other things people don’t condemn men for. When I catch myself thinking these thoughts, it helps me to ask whether someone would say the same about a man — and get angry if the answer is “no."

Women are less likely to be confident in themselves than men are. Combined with the feeling that we exist to please other people, it can feel like we’re never enough for our partners, for our families, for our jobs, or for anyone.

When we’re not feeling like we’re not enough, we’re often feeling the opposite: Like we’re too much — too demanding, too exuberant, too powerful, too masculine. We’re caught in a double-bind where we’re penalized for not being smart, competent, and successful and for not possessing these qualities. It can be freeing, though, to realize you’ll always be too much or not enough in society’s eyes, so you’d might as well stop trying to be the “right” amount.

Internalized misogyny isn’t just directed toward ourselves — it can also be directed toward other people. When we judge women’s sexual behavior, view them as competition, or dislike them for no explicable reason (like we often see with Hillary Clinton), we have to ask ourselves whether internalized misogyny is at work. Misogyny ends up pitting women against one another, but the good news is that if we can challenge it, we can become one another’s greatest allies instead.

More like this
How To Fight For Reproductive Rights, Based On How Much Time You Have
By Courtney Young
Sandra Bullock, Girlboss Extraordinaire
By Matt Harkins & Viviana Olen
Lydia Leonard Is Setting The Record Straight
By Olivia-Anne Cleary
Here's Your Daily Horoscope For May 16, 2022
By Mecca Woods
Get Even More From Bustle — Sign Up For The Newsletter