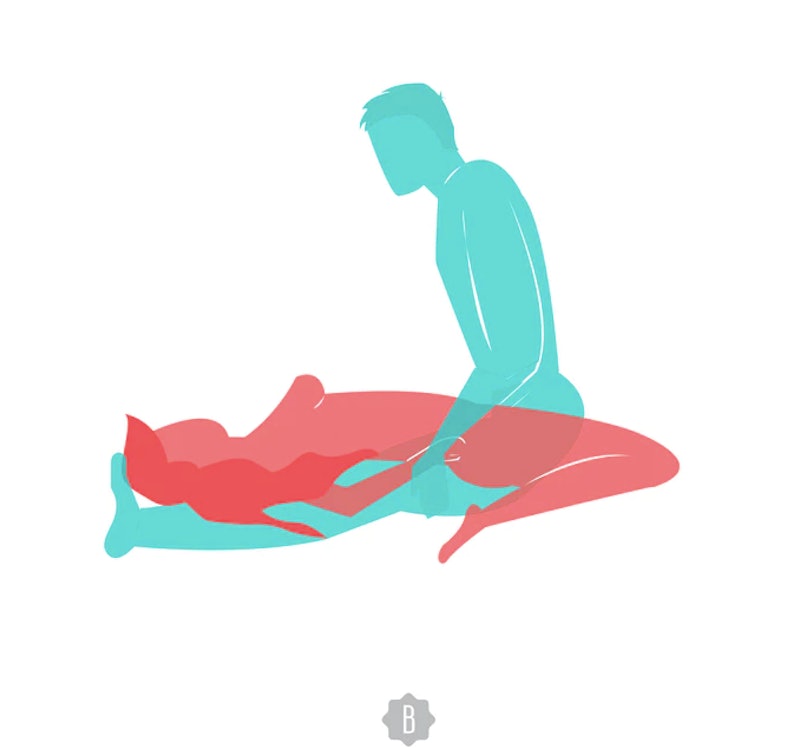 When it comes to maintaining a healthy and happy sex life, variation is a big part of it. Of course, there needs to be a lot of communication, trust, intimacy, and all the other important habits that couples with great sex lives have, but since variety is the spice of life, it’s also variety that keeps a sex life spicy. There’s only so many times you can alternate between the missionary and doggy style position, without saying to your partner, “This is it? This is all there is?” while knowing that actually, no, there’s so much more than just this.

And if you're nervous about switching it up? Know that there's a position out there for you. There are positions for the experts out there, the timid, the lazy, the tall, the short, the well-endowed, the far less endowed, and those who can contort themselves into positions that one usually only sees during Cirque du Soleil, making the Kama Sutra and typical 69 positions look like child’s play.

But if you just read that paragraph and wondered, “But what about me? I’m adventurous! I like to do things that give me a good jolt of adrenaline!” Then not to worry; there are positions for you, too. Here are seven positions for when you feel like throwing caution to the wind and being a bit adventurous.

1. Weak In The Knees

How to do it: Well, as you can see by the picture, one partner lies on their back, while the other mounts their face for some epic oral action.

Why it’s good for when you’re feeling adventurous: A lot of people are really into this wild position. Don’t believe me? September 19 is National Sit on My Face Day. So there you go!

2. Sitting In A Chair

How to do it: With your partner in a chair, straddle them, facing them or facing away — it’s your call. From here you can get the gyration party started.

Why it’s good for when you’re feeling adventurous: You’re in a chair, for starters. This requires balance. Balance, especially if you don’t have any, is always adventurous because you just might fall on your ass. Then have a good laugh about it, of course.

How to do it: Not only do you have to be adventurous for this one, but limber AF, too. First, have your partner sit down with their legs stretched out in from of them — in the shape of an L, if you will. Next, straddle your partner, facing them, while lowering yourself onto them. Then, because we’re not finished yet, keeping your legs bent, lie down so your back is against your partners’ legs. From here, they can penetrate you while using your hips for extra leverage to pull themselves deeper inside you.

Why it’s good for when you’re feeling adventurous: Honestly, it’s a tricky one. It’s not a position one does every day. It’s truly an adventurous type of thing that you’d probably try after a couple drinks when you’re thinking you’re far more limber than you actually are.

How to do it: While standing and facing your partner, lift one of your legs. With your leg in the crook of one of their arms, you basically want them to do all the work. You can do your best to move along with them, but it can be tricky since you’re only on one leg.

Why it’s good for when you’re feeling adventurous: Did I mention how you’re only on one leg? Ah, yes; I did! I’d say adventure is anything that involves taking a limb out of the equation. Especially if that limb is a leg.

How to do it: This is just like your usual 69 position, but you’re both on your sides. If you’re not sure what that means exactly, then get into 69, then roll on to your sides and voila! Basically, as long as your faces are in each other crotches, you're doing it right.

Why it’s good for when you’re feeling adventurous: The 69 position is an up-close-and-personal position that one only does when they’re feeling wild and like, “Hey! I totally want balls dangling on my forehead for like the next 10 to 20 minutes!"

Check out the “Sex & Relationships” stream in the Bustle App for tips, tricks, and advice on friends, sex, dating, and everything in-between.

This article was originally published on Sep. 9, 2016