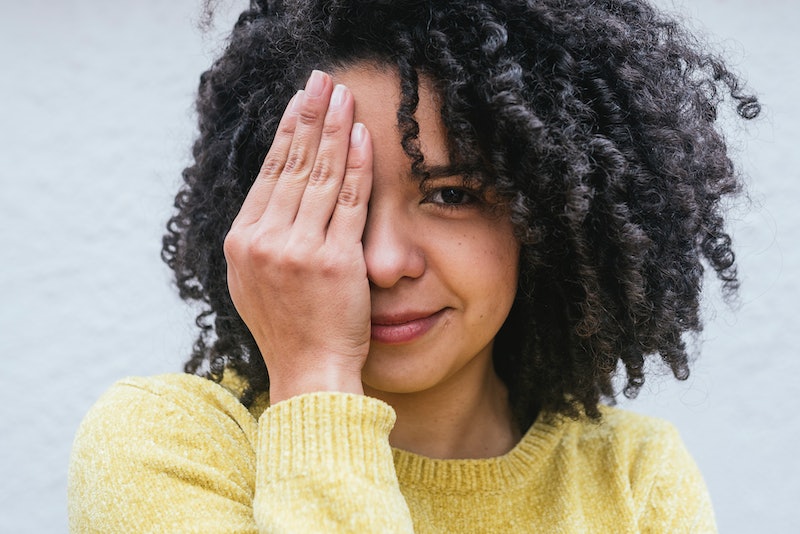 The Anxiety and Depression Association of America reports that at least 15.7 million American adults experienced at least one major depressive episode in 2014 — and I was one of them. It wasn’t the first time I’d been depressed, either; though I’ve never been formally diagnosed with depression by a doctor, I’ve been dealing with depression off and on since the age of 12. That first depressive episode was a surprise to me, because unlike most of my experiences with depression, no major life events precipitated it. I really did just wake up depressed one day, and despite all the well-intended (but incredibly unhelpful) pieces of advice people gave me for dealing with depression, I was unwell for about a year.

Since then, my bouts with depression have typically been situational. (Meaning my life got kind of sh*tty for awhile, and those events triggered an episode.) But I consider myself one of the lucky ones. Unlike so many people who struggle with depression, I’ve never been homeless, never contemplated or attempted suicide, never lost a job due to my depression, and my episodes aren't constant. That said, for me, depression also isn’t really something that just goes away. It may go away for awhile, but that doesn’t mean it won’t swing back around again.

The thing is, whether you deal with depression or not, maintaining solid mental health is as much an ongoing process as staying physically fit. Moreover, life will never stop throwing us things that can trigger depressive episodes — and when that inevitably happens, a depressed person needs help and support — not a bunch of unsolicited, bad advice for dealing with depression. So take it from me: you don't want to give the following pieces of "advice" to someone who's depressed.

To be fair, prayer is a great source of comfort to many people — so I feel like this advice almost always comes from a place of love. On top of that, meditation has been scientifically proven to alleviate depressive symptoms, and it's somewhat similar to the act of prayer.

That said, I can tell you from experience that you can't simply "pray away" depression, and suggesting otherwise is the epitome of unhelpful. Plus, it's not like I've never tried this approach. As someone who was raised in a fundamentalist, evangelical Christian home smack dab in the middle of the Bible belt, prayer was the first thing I tried when I was experiencing depression for the first time. I prayed about my depression daily as a preteen, but it only left me feeling worse. Not only did praying about my depression do nothing to ease my depressive symptoms, my consistently unanswered prayers only increased my feelings of hopelessness. Now that I identify as agnostic, I personally have zero patience for this depression-fighting "tip." (But if you're a depressed person and prayer helps you, by all means, keep it up.)

2. "Just Think About How Much Worse Your Life Could Be!"

Gratitude journals can be a great tool for fighting depression, but depression doesn't just happen because someone's not feeling grateful frequently enough in their daily lives. There's this huge misconception that people who deal with depression are ungrateful, chronically negative people — but that's simply not the case. Even when my major depressive episodes have been triggered by life events (like financial stress, career failures, or breakups), I have never doubted that my life is generally pretty awesome. I know I'm fortunate and privileged in a wide variety of ways; so my knowledge of how much harder my life could be only makes me feel worse when I can't seem to pull myself out of a depressive episode. So telling me (or any person who struggles with depression, for that matter) that keeping depression at bay is as simple as "counting my blessings" is just about as unhelpful, irrelevant, and hurtful as it gets.

3. "Don't Ever Admit To Having Depression On Health Questionnaires"

A few months ago, I briefly got back together with hormonal birth control. (It was a mistake for me, and we broke up again after two months.) Since I don't currently have health insurance, I had to go to my county's public health department and answer a bunch of personal questions before I could start taking it again. Most of them were pretty standard, some of them seemed irrelevant to me, and one of them was about specifically about depression.

My sister says this a lot, and she's not wrong. Happiness is a choice most of the time; but depression isn't quite the same thing as being unhappy, and you can still feel happy from time to time when you're depressed. Going for a walk, eating a good meal, having sex — these are all things that have succeeded in bringing me moments of happiness in the past when I've experienced months-long episodes of depression. But while happiness may very well be a choice, depression is not.

No one becomes depressed (or stays depressed) simply because they're weak-willed, but comments like this one suggest otherwise. As I've already made clear, my depression isn't even that severe when compared to the suicidally depressed. Still, for me, no amount of willpower can cure depression. In my experience, only treatments and time can do that. Even then, there's no guarantee that I won't become depressed again at some point down the line — and if/when that happens, it won't be something I actively chose.

Friends, family members, my ex-boyfriend, and even physicians have advised me against taking antidepressants. I have not ever taken antidepressants, for a variety of reasons that have nothing to do with this awful advice; but for people who have trouble functioning while depressed, or become depressed frequently, who could see a serious uptick in their quality of life if they tried antidepressants, this advice is unhelpful and stigmatizing. And for people whose depression causes them to struggle with thoughts of suicide, advice like this isn't just bad — it's life-threatening. So don't ever tell a person with depression that they shouldn't "resort to medication" — because you're not just shaming them, you're putting their very lives in danger.

6. "You Just Need To Exercise More"

I get why people say this to me, because exercise has always been my go-to activity for treating both depression and anxiety. That said, exercising a lot doesn't magically make depression disappear. Though I usually stick to some sort of exercise regimen regardless of my current mental health status, I probably work out even more when I'm depressed than when I'm well. Honestly, the last time I had a major depressive episode, I was more physically fit then than I am now, but I felt like a worthless piece of crap almost all of the time. Exercise eases my depressive symptoms, but it's not a cure-all for mental health, and suggesting otherwise is ignorant.

So when people tell me to go for a run or whatever, as if exercise alone can cure depression, it bugs me. Yes, exercise is awesome , and I love how good it makes me feel. But when you're depressed, and you're already exercising a ton, the last thing you want (or need) to hear is that you should exercise more.

In fact, when you're depressed, the last thing you want to hear is any comment about how it's your fault, or how you should cover it up — because it's not, and you shouldn't. People with depression don't usually need any advice at all, in fact, unless that advice is to see a mental health professional; we're not talking to you about our problems because we expect you to solve them, but rather because we want to be heard. Because what people with depression really need is support.