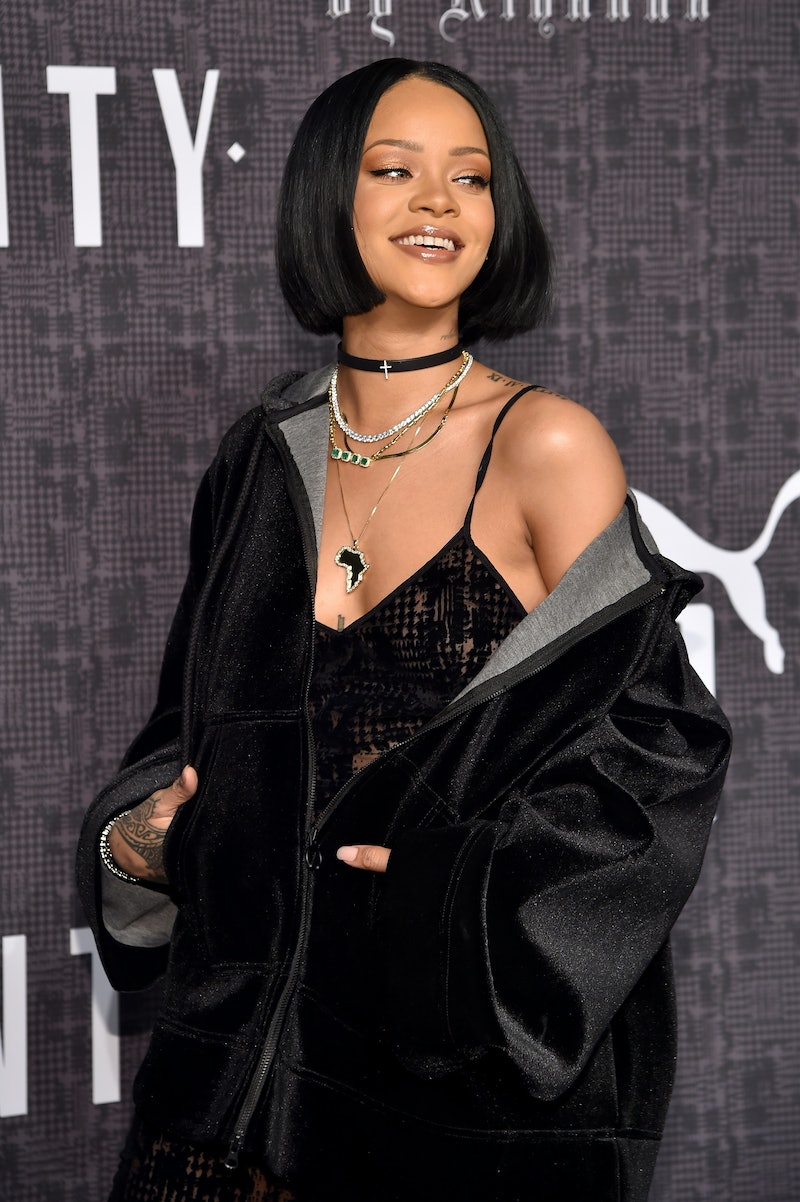 Celebrities are the new designers, or at least that's what it would seem like based on the number of fashion collaborations in 2016. Now whether fashion collabs with celebrities are because designers are honestly out of ideas and need a fresh perspective, or more realistically, are in need of a giant PR push, it doesn't mean we like them any less.

That's why H&M x Kenzo sells out immediately (at least in the US — when I was in Copenhagen at the end of November, Kenzo pieces were still very much available in H&M), Kanye's Yeezy Boost 750s sell out before they even become available, and anything Kylie Jenner touches turns to gold. Fans freak out when their favorite celebs make sellable merch.

One of the most popular fashion collaborations this year was celebrities and athletic wear, at least those collaborations seemed to get the most hype. Also this year, we got to experience a one-of-a-kind collab when Who What Wear created several collections for Target, which is an interesting move as a media company. And by interesting, I mean smart.

It will be pretty hard for the fashion collabs in 2017 to beat those of 2016, although the rumors of Selena Gomez x Coach, Victoria Beckham x Target and Zayn x Versace, the odds are pretty good. Here are the fashion collaborations that made people lose their minds in 2016.

This one is obvious. As I'm writing this Rihanna's Puma Velvet Creepers are already sold out after being released less than 24 hours ago on Dec. 10. Besides, who doesn't love RiRi?

People love Palermo. She's come a long way from being a socialite on The City to being a socialite designing clothes. But regardless, she has a great taste in clothes and Nordstrom's in-house brand Chelsea28 has definitely benefited from this partnership.

Gigi teamed up with Stuart Weitzman to create the "Gigi" boot, and the proceeds went to Pencils of Promise to help build schools in impoverished areas. Plus they're super cute.

4. Target x Who What Wear

Unlike most of Target's collaborations that only last one collection, Target's collab with Who What Wear is a full out partnership, with a new capsule collection being released every month. It's safe to say that people love being able to get super trendy pieces at an affordable price.

Kanye's Yeezy Boost 750s sold out BEFORE THEY WERE EVEN AVAILABLE. That's how you know people love you. Not that Kanye needs an ago boost. Pun not intended.

H&M's designer collaborations have always been a huge hit, and 2016's Kenzo collab was no different. The collection was really well done and people couldn't contain their excitement.

If there's one thing people love more than fashion collabs, it's family drama. Rumors swirled that Kanye West was irked when he heard about his sister-in-law Kylie Jenner's Puma deal — but that didn't stop people from buying everything in the collection.

Gigi Hadid seriously slayed 2016. Her collection with Tommy Hilfiger was the talk of the town, especially during New York Fashion Week.

Rihanna knows a thing or two about shoes. Her Puma shoes always sell out and the Manolos are no different. She's teamed up with Manolo Blahnik twice in 2016 and it seems like the successful collaboration will continue for the foreseeable future.

Famous beauty YouTuber/makeup artist Desi Perkins teamed up with Quay to create a line of seriously dope sunglasses. People went nuts over them. Like even Kylie Jenner went nuts over them. They kept restocking them and they kept selling out, so it's safe to say this collab will probably continue into 2017.

I can't wait to see what collabs 2017 has in store for us. One thing's for sure — they aren't slowing down anytime soon. Get those credit cards ready!