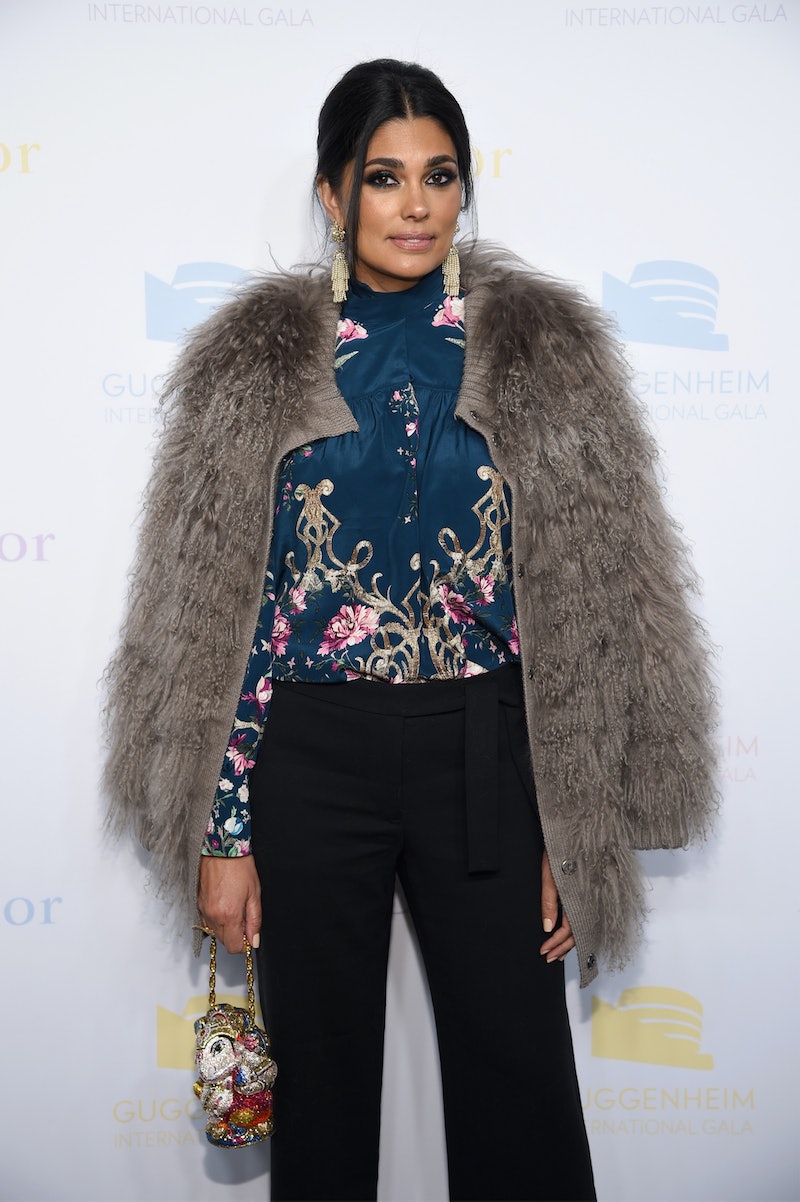 It's sometimes easy to forget how entwined fashion is with pop culture. Although you don't always think about it, fashion designers are also celebrities, and the most famous fashion designers are often ones who are famous for more than one reason. From designers who make headlines for their clothes to ones who make headlines for other reasons (think Kendall and Kylie, Kanye West and Ivanka Trump), brand recognition is sometimes also about name recognition.

Google annually releases lists of the most Googled fashion designers of the year, and 2016's list came out on Wednesday. It was full of big names, some more recognizable than others. But the main thing I noticed about the list is that most of the designers on it were making headlines for reasons other than their designs. After all, 2016's most-Googled designer probably received the top spot because Beyonce wrote a song about her. Yep, the number one most-Googled person in fashion this year was Rachel Roy.

Although Roy is a famous fashion designer in her own right, she made headlines most in 2016 because Beyonce allegedly wrote the song "Sorry" on her Lemonade album about her (and husband Jay Z allegedly cheating on Bey with Roy).

The other people on the list had slightly less dramatic years — scroll down to see who else made it.

I can't say this one surprised me, but as I said above, Roy topped the list.

Years from when their careers started, Mary Kate and Ashley Olsen are still relevant. Although now it's more for their lines The Row and Elizabeth and James than it is Full House.

You may know her from Growing Up Hip Hop, but Angela Simmons (who's also Rev Run's daughter) is also a faux fur fashion designer who has her own line, Foofi & Bella.

The actress/singer is a full blown cultural phenomenon, including her eponymous clothing line.

Color me (not) surprised, Kendal and Kylie Jenner made this list. Their Kendall & Kylie line is crazy popular.

Again, this one's not much of a surprise. Beyonce's Ivy Park line was one of the biggest newcomers to the athleisure space in 2016.

You may not know her name off the top of your head, but Dongre (pictured on the right here) is India's biggest fashion designer, and her Anita Dongre saris are crazy-beautiful.

Designer Sonia Rykiel, who passed away at 86 in August, was known for her whimsical bridal designs and gorgeous beauty collaborations.

The daughter of President-elect Donald Trump made headlines for other reasons this year, but her Ivanka Trump fashion line is increasingly popular.

Are you at all surprised? The Yeezy designer is constantly in the news for his clothes, music and much more.

So there you have it, the most-Googled designers of 2016. I can't say I'm surprised by many of them, but it's still interesting to see just who people have been searching all year.