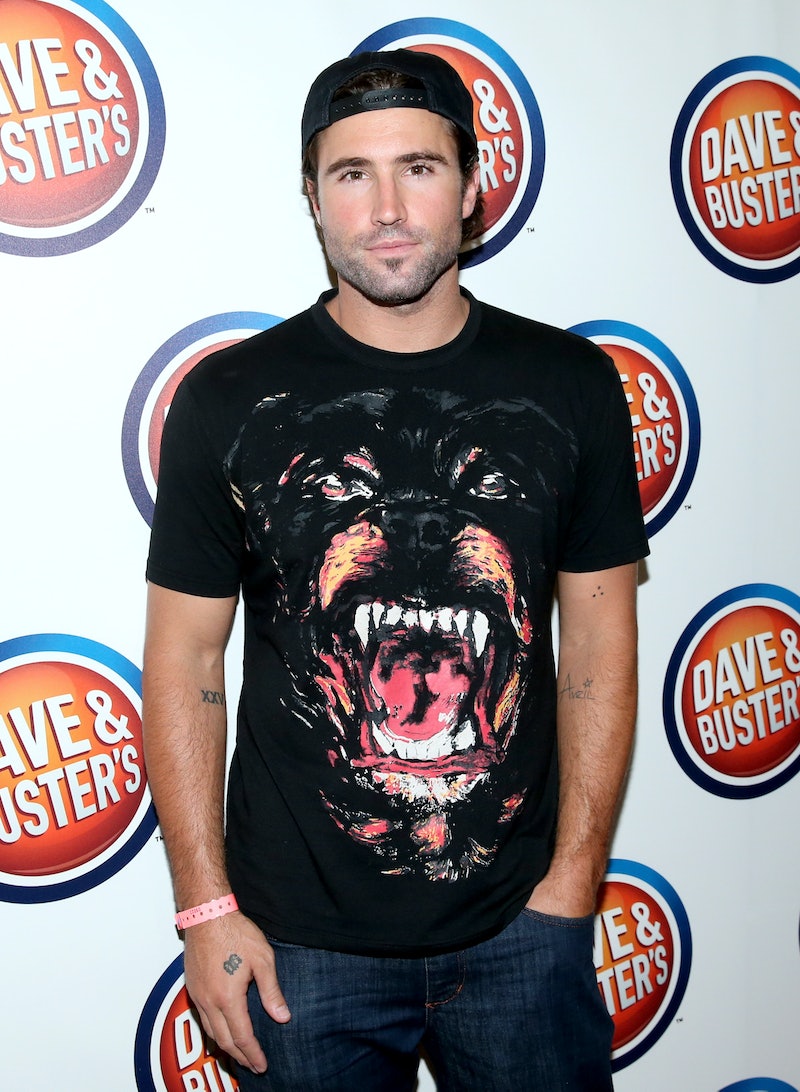 The list of celebrities who have participated in the ALS Ice Bucket Challenge seems to be never-ending. And considering this has raised millions of dollars for an amazing cause, I have no complaints about that. However, there are some celebs noticeably absent from this whole phenomenon. For example, why haven't we seen Brody Jenner take the Ice Bucket Challenge? As a former fan of The Hills, who's kurrently obsessed with Keeping Up With the Kardashians, I'll admit I'm quite a fan of the Brodester. (Can we call him that?) But I'm a bit disappointed in his lack of charitable participation.

Maybe he's following the footsteps of step-sister Kim Kardashian, who hasn't done the challenge either. She might have a totally valid reason though, like Kris forbidding her. Or maybe she was too busy playing her iPhone game. But what about Brody? What reason could he possibly have for not participating? After all, his half-sib Kylie Jenner filmed a video with his step-mom Kris. Really, your 17-year-old sister can do the challenge, but you can't? That's pretty lame.

Still, let's give Brody the benefit of the doubt. After all, I don't even think he's been nominated (or at least by no major celebs). But he should just get in the fun, because well, it's fun! Here are some potential explanations for why he's not covered in ice water right now.

ICYMI, this was his excuse for not attending Kim and Kanye's wedding. Riiiight, you're too busy working, Brody. What is your job title anyway?

OK, this is unlikely, especially considering those rumors that Brody and Lauren Conrad never really dated (which I refuse to believe). But who knows, maybe he'd rather cry a bucket-full of tears than dump a bucket of water on his head.

He didn't want to mess up his hair

Those Jenner men take their hair really seriously. It must be genetic. I mean, have you seen Bruce's latest 'do?

Wait, no. That doesn't make sense. He's been filmed shirtless on numerous occasions on reality television. That makes him the opposite of shy.

He's planning a spooky shindig with Scott Disick, so maybe this Ice Bucket Challenge outfit will be his Halloween costume! You never know.

Nope, actually this isn't possible, since he is in a pool in this very picture.

He's patiently waiting for his nomination

Like I mentioned before, he hasn't actually been nominated. Maybe he's sitting at home on his phone, refreshing his notifications, just dying to be nominated. Aww, poor Brody! This must be the reason, right?

If that's the case, here you go: Brody Jenner, I officially nominate you to do the ALS Ice Bucket Challenge. You have 24 hours!