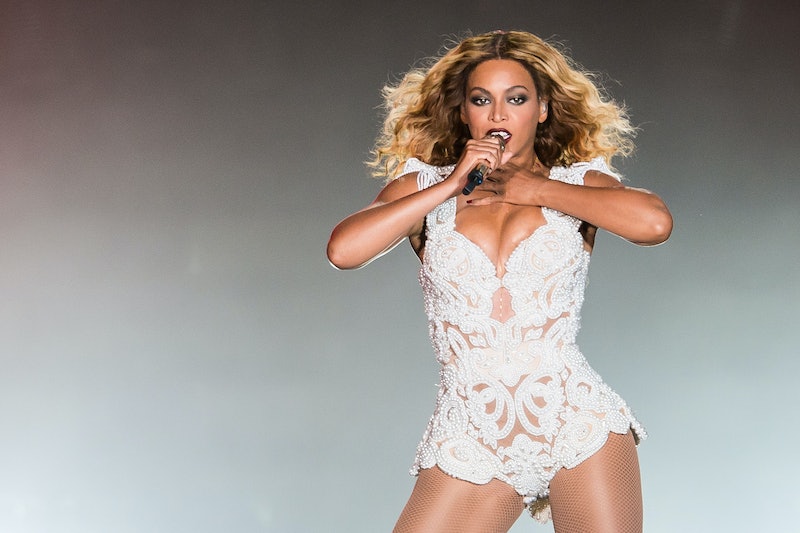 These days it seems like we can't go five seconds without another celebrity dumping ice water on themselves for the ALS Ice Bucket Challenge. Everyone from Chris Pratt to style-maven Anna Wintour have gotten soaked for the cause. Some movie stars like Anna Kendrick even get their whole casts to join in. But even though tons of A-listers have banned together to raise money and awareness for the disease, a number of celebrities have flat out ignored their Ice Bucket Challenge nominations. It spoils the fun a bit when a challenge goes unfulfilled in those 24 hours they have to complete it. It also makes people question whether they don't want to get wet, or whether they just don't want the attention.

In reality, there are probably a lot of reasons why a star wouldn't respond to an Ice Bucket nomination. And in the hopes of helping the likes of Blake Lively, Khloe Kardashian, Leonardo DiCaprio and more maintain their dignity, I've taken the liberty of guessing at what some of those alternate reasons may be.

In a time when everyone seems so excited to participate (Justin Bieber even did it twice) why wouldn't these 10 well-known faces want to join in? Let's see.

Nominated by Martha Stewart, Lively has stayed out of the Ice Bucket limelight. Perhaps she was actually hurt that Stewart trashed her lifestyle site. But come on Lively, now was the time to show her up!

He knows what he looks like when drenched and he decided he didn't need anything like this out there ever again. Sorry David Beckham!

He really has no excuse since his own girlfriend, Emma Stone, challenged him. I'd say he didn't want to because he wouldn't want to get his hair wet, but he doesn't even have that hair anymore!

It seems like he just wants to stay dry and instead donated to the ALS foundation and encouraged his followers to do the same.

He also said he would follow back anyone who donated, so there's that incentive. Almost as good as seeing him dumping freezing water on his head. (But not quite.)

She was nominated by little sis Kylie Jenner but never took the literal plunge. Seems like she's too distracted by doing French Montana PR-damage control to pay attention to Jenner's Instagram video.

He was challenged by George W. Bush, but hasn't accepted. Perhaps Hillary asked him not to, so their family wouldn't be associated with the Bush family as she maybe/maybe not gears up to run for presidency. No one wants the Bush kiss of death on their campaign.

To be honest, I think it would reflect badly on Obama to take this challenge at this time. Not only was he nominated by Justin Bieber, but he has a lot more serious things to deal with than dumping water on his head. He said he would donate instead.

I think with everything happening in Ferguson right now, his head needs to be there and not covered in ice. I speculate that he sees that too, and that's why he declined. Besides he gets tied to Hollywood by the Republican party enough as it is, he probably didn't want to seem any more in their pocket by answering their challenge.

Drake and Glee's Kevin McHale nominated Queen Bey, but she probably declined because she's too busy gearing up for her VMAs performance. Or, more likely, she's waiting until Jay Z is around to do it with her so she could further use Instagram as a tool to show the world she's not getting divorced.

Nominated, like, three times now, most recently by Hunger Games co-star Liam Hemsworth, Hutcherson has still yet to accept the challenge. One fan suggested that the reason was he didn't know how to work a camera. But I'm thinking that he's waiting to see how many nominations he can rack up so he can prove to everyone that people really do like him, despite all the mean things they say about him playing Peeta. Or maybe he's just trying to get more nominations than Jennifer Lawrence. Who knows, but it doesn't look like we'll be getting any soggy Peeta any time soon.

Will's brother has yet to accept chef Jamie Oliver's nomination, so perhaps he's turning over a new leaf and putting his party boy status behind him. The Queen would be proud of his restraint. Maybe his lookalike Matt Hicks can take the challenge on his behalf.

Hah. We all know he's not a good enough person to donate or to participate. He can't show America that he takes orders from celebs. Nice try Vin Diesel.