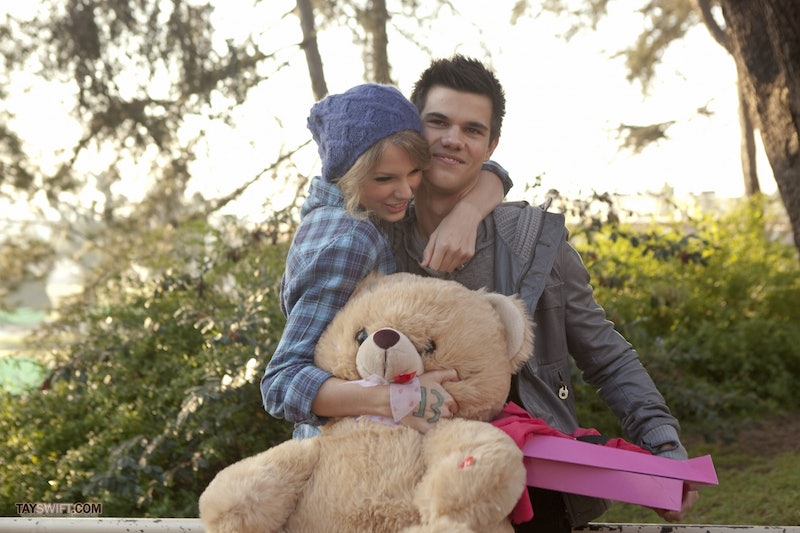 I'm not going to pretend to know anything about men, because I don't. I tend to identify most strongly with the idea that cats trump boyfriends, and I will almost always choose a grilled cheese sandwich over a romantic night out with my significant other no matter what the circumstances, a personality flaw I stopped apologizing for a long time ago. So each year when February 14 rolls around, which it inevitably does, trying to find Valentine's Day presents men actually want tends to give me anxiety. Unless, of course, they want a grilled cheese sandwich too, in which case now we're finally getting somewhere.

Ask anyone, and they'll probably tell you Valentine's Day is the worst. This holiday only exists because people love complaining about it so much — and because if it wasn't for Valentine's Day, we would have basically nothing to break up the dull, freezing cold monotony that is the month of February. But you know what I say? Commercial gift giving can be totally fun once the initial fear of getting your boo something they'll completely hate subsides a bit. When else will you have the opportunity to waste your money on stuff your SO doesn't really need, and only kind of wants? When else will you be able to put a tangible price on love? When else will you be able to say things like “we go together like Kanye and Kanye" with a straight face and sort of mean it?

This year, I've decided that not only am I going to embrace this whole "Valentine's Day" thing with wobbly open arms, I'm going to do so stress-free. Because I'm an impossibly resourceful journalist with a whole social network of male friends I never actually talk to IRL, I decided to have the Internet answer the question women like me are struggling with right about now — I did the obvious thing and hit up Facebook and Twitter to ask men what they really want this year for Valentine's Day. And their answers, while not totally surprising, were at least enlightening. Here are 14 of the best responses.

Basically this person, under the guise of wanting to seem easy to please, wants to pick out their own Valentine's Day present, so long as they don't have to actually pay for it. Which, really, I kind of think is the perfect compromise. I'll throw some money at the problem while you do all the work. This is love.

Actually, this person's exact response to my Facebook inquiry was, "A day off of work, and then, leave me and the Playstation alone. Serve beer every 30 minutes." And then, after I got done rolling my eyes eight zillion times, I had to start rolling them again because I realized six more people had liked his comment in the short amount of time it had taken me to seriously regret posing this question to the Internet. Just a friendly reminder that sometimes the simplest of requests can also be the most annoying.

3. A book, movie, or "romantic something-or-other"

I see what's happening here. You want me to think you aren't picky. Books and movies! A romantic something-or-other! The possibilities are endless! Think of all the creative freedoms I have at my disposal to pick you out the perfect present! But just so we're both clear, chances are the book or movie I choose for you will probably be the very first thing I see walking into Barnes & Noble. So, I guess, 50 Shades of Grey. Or maybe The Fault In Our Stars, if we want to get really heartfelt here. That counts as a romantic something-or-other, right?

"Really, I'll take anything," this person says. Which is great, because honestly I like the idea of making you a home-cooked meal, so long as "home-cooked" means something I can easily pop in the microwave. Like Bagel Bites.

"Somebody had to say it," said one refreshingly blunt Facebook friend I think I probably had a class with in college. And thank God somebody did say it. Finally, a gift both parties can enjoy. After we eat our Bagel Bites, of course.

As one Twitter follower so eloquently put it: "Boys only want love if it's torture. But we want sex pretty much no matter what. Second place: Delicious food." Sex, food, torture. Got it. (And don't think that Taylor Swift reference went unappreciated.)

Because nothing says "I love you" like watching grown men try to kill each other on ice.

So we can continue to blissfully adore each other while completely tuning one another out. I'm down.

"Anyone willing to get me a 20 year Macallan has my heart," one former colleague quipped. See guys? Love isn't that hard. *wink.*

10. Quality whiskey and a hunk of meat

"A 20 year single malt scotch. And a steak." You bros always have to one-up each other.

According to another old coworker who decided to hit me up a la Facebook chat: "Women tend to buy Victoria's Secret-type stuff, but most dudes would probably wear cargo jeans and an old Iron Maiden T-shirt to bed, even on Valentine's Day night. So [underwear] would be my answer — because I don't think most dudes would buy such a thing, but if the love of his life did, he'd probably wear it... I mean, when appropriate." I like how the tables have turned, here.

"I mean, if you really loved me, you'd get me an Xbox," one former flame told me via gchat. Funny to think our relationship could have been saved for the small price of $350 and a trip to Best Buy.

13. A surprise on any day OTHER than Valentine's Day

One anonymous Facebook friend was outraged I would even ask such a question. "If you are with someone, you should show them your love every day, and it would mean more if you randomly picked a day to surprise them with something." So THERE.

Nope, this isn't a trick. Apparently, the best thing you can do on Valentine's Day is simply act like it's NBD. "Really, nothing," said one friend via Twitter. "[My wife] and I don't celebrate Valentine's Day, and it's a big thing I like about us. I imagine other guys would not like to participate in it, too." So forget everything you've read on this list, and go about your day. Nothing more to see here.