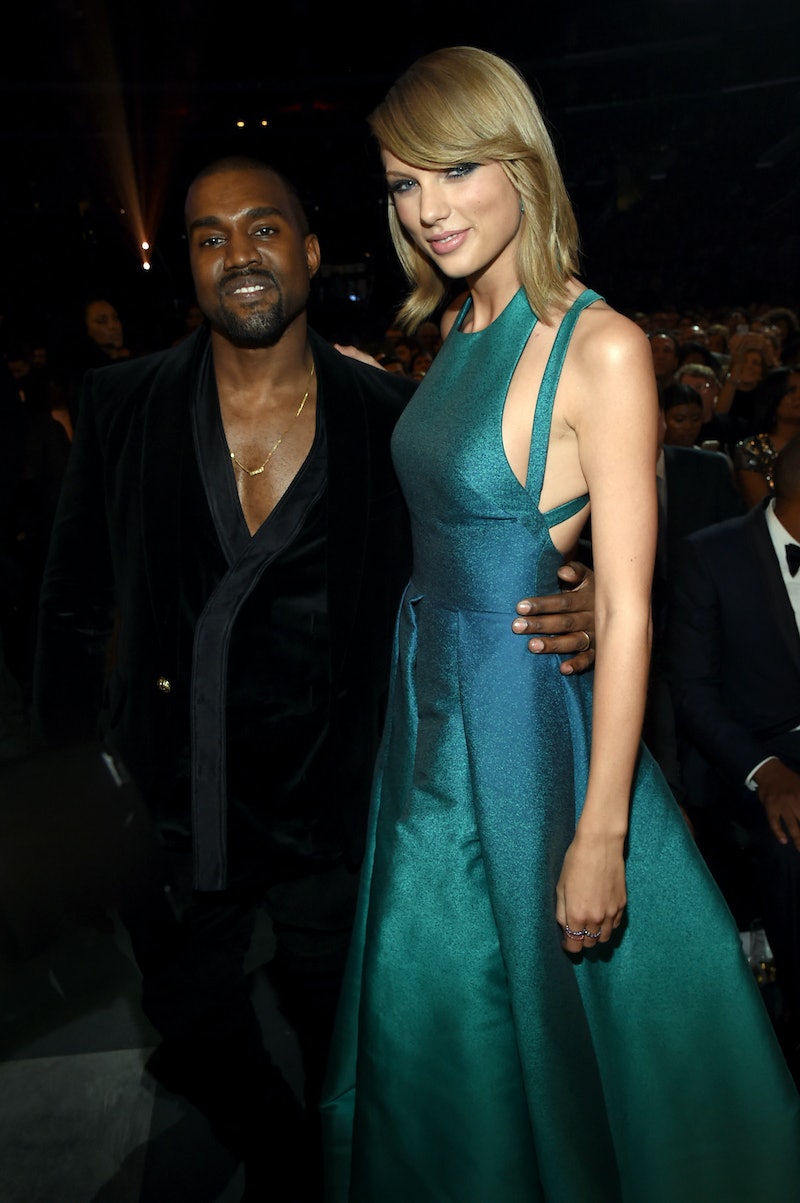 The idea of this friendship being a thing is still baffling to me, but is looks like Yeezy and Sweezy are actually becoming biffles. The other night, Taylor Swift and Kanye West went to dinner and conceivably spent around two hours in conversation with one another. Other than their rumored collaboration, I'm guessing that they were talking about, I dunno, beer?

Following the ostensible squashing of their six-year-old beef at this year's Grammys, West and Swift grabbed a fancy meal together in NYC on Tuesday night at the haute gastropub The Spotted Pig. (She probably would've rather have met Jay Z there for brunch, but this works too.) From the looks of it, West repurposed his oxblood velour hoodie from the Grammys, which is always nice to see celebrities do. Outfit-repeating is a mark of being a man of the people, after all.

I know this news still seems a bit shocking after the seemingly unforgivable VMA interruption of 2009, but this dinner date was likely a business meeting first and foremost. Last week, West confirmed on air to Ryan Seacrest that he and Swift will be "going into the studio together." Wait, like to record something?? CAN IT BE?!?! Given this storied meeting, I think we can infer that this collab is indeed full steam ahead.

But odds are, they had to engage in a bit of forced small talk before and after their professional plans. Given their history, we'd all be lying to ourselves if we didn't think that their conversation was a little stilted and awkward. Because they needed something to talk about, I'm guessing the following topics came up.

Their Shared Adoration Of Beyoncé

And West is a one-man Beygency, devoted to the cause of Beyoncé winning ALL of the awards. EVER.

How Awesome The SNL 40th Anniversary Show Was

He politely said she was funny on the Californians (although he was clearly just being nice)...

And she confessed her TOTAL OBSESSION with his wolf contacts. Like, where did you get those?!?!

The Crazy Winter Weather In NYC

And he was like, "Yeah! How could mother nature be so heartless?"

Their Mutual Love Of Matching Sets

Babies are always safe conversation for people with a history of weirdness. Also, cats! Perhaps Olivia Benson came along with Swift. I mean, cutest mediator ever, right?