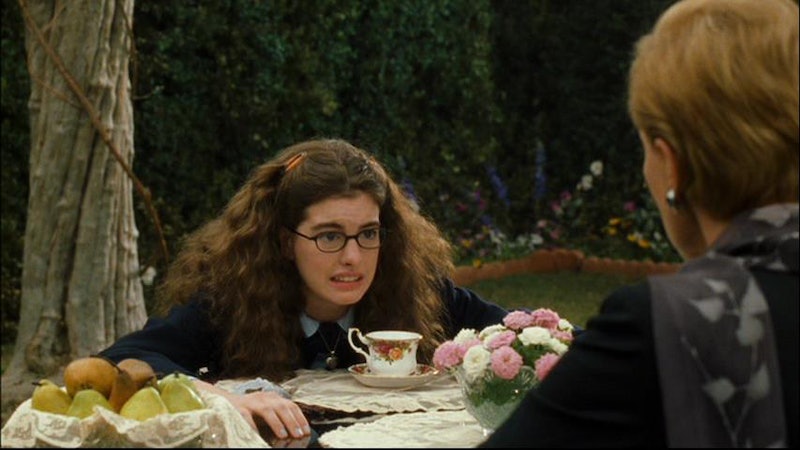 As a church-going homeschooler and part-time preacher's daughter who basically came out of the womb anxious, I was pretty much destined to be a late bloomer. I didn't get my first real kiss until I was 17 (it was awful BTW, like kissing a thirsty camel); I was uncomfortable in my own skin until my teen years had completely passed, (oh, the outfits I would wear if I could go back in time!); and I had such constant self-doubt it literally hurts my heart to remember. But now that I'm a quarter of a century old, I'm really happy I bloomed so late. Yes, I was a pretty awkward chick growing up, and yes, I'm still kind of a weirdo. But I love how being a late bloomer has shaped me into the person I am today.

I'm not trying to say blooming on time isn't good too, but being a late bloomer comes with It's own set of character-building challenges and rewards that you'll only understand if you've been there. So, if you were ever one of those kids who stayed in on Friday nights watching Nickelodeon while everyone else was out letting their hormones take control of their bodies, then this list is for you. Here are ten things only late bloomers will understand.

1. You Were The Last Of Your Friends To Lose Your Virginity

I can't tell you how many sex stories I listened to before I had one of my own to tell. My friends would all be talking about their latest romp and I'd just be in the corner inner monologue-ing like: yeah, yeah, I can relate to this. This doesn't make me feel out of place at all. To be fair though, when you choose to hold on to your v-card until 21 years old like I did, you've got to get over the fact that your friends will have sex at a normal age and want to talk about it.

Even though I felt kind of like a weirdo for waiting so long to have sex, I have never regretted it. My first sexual experience was everything I wanted it to be. It was romantic, it was with someone I loved and still love, I felt respected the whole time, and most importantly, there was no pressure. It was 100 percent on my terms, and I will always remember it fondly.

I don't know how else to say this, but it took me a long time to get hot. Most of my girlfriends were curvy as hell in high school, whereas I was pretty much all nose, knees, and bad haircuts for most of my adolescence.

4. ... But It Taught You To Own Your Individuality

Being in what felt like a perpetual awkward phase throughout my early teen years taught me that it's kind of awesome to look unique. Yeah, I had a big nose and curly, frizzy hair — but you know who else did? Sarah Jessica Parker, Meryl Streep, and lots of other uniquely beautiful women.

5. You Didn't Misbehave Until Your Late Teens/Early Twenties

I didn't smoke my first full cigarette until my 18th birthday, the first time I got drunk I was 19, and I didn't lose my virginity or smoke pot until I was well into 21. A wild night for me in high school consisted of texting my friends and watching Good Burger . Seriously, the naughtiest thing I ever did was drop the occasional F-bomb.

When I did finally start to act like a normal young person after moving off to attend university, I didn't do it because I felt like I had to or because I thought it was cool. All my drinking, smoking, and sexing happened purely because I wanted it to and was ready. Not because I felt in any way that I had to prove something.

7. Your Parents Still Talk About What A Good Kid You Were

The key word here is were. I'm obviously a heathen now and I don't exactly try to hide it, but my parents still tell me how grateful they are that I didn't go crazy until after I moved out. No amount of heathenry has kept me from being responsible and hardworking in their eyes.

8. ... And Your Friends Still Talk About How Dorky You Were

9. You're Extremely Familiar With Urban Dictionary

After a while you, just learned to save yourself the humiliation of asking for definitions and just turn to the shame-free teacher that is UD.

10. You Don't Put a Deadline On Life Experiences

The best part about being a late bloomer is you don't feel rushed to bloom. You've taken your time with all of life's big steps so far, so you don't feel like you have to rush the ones that are ahead. For example, people are always asking me about marriage and babies, and while I think I probably want those things someday, I am in no hurry to make them happen before I'm good and ready.

Because we late bloomers don't force life — we just let it happen naturally.