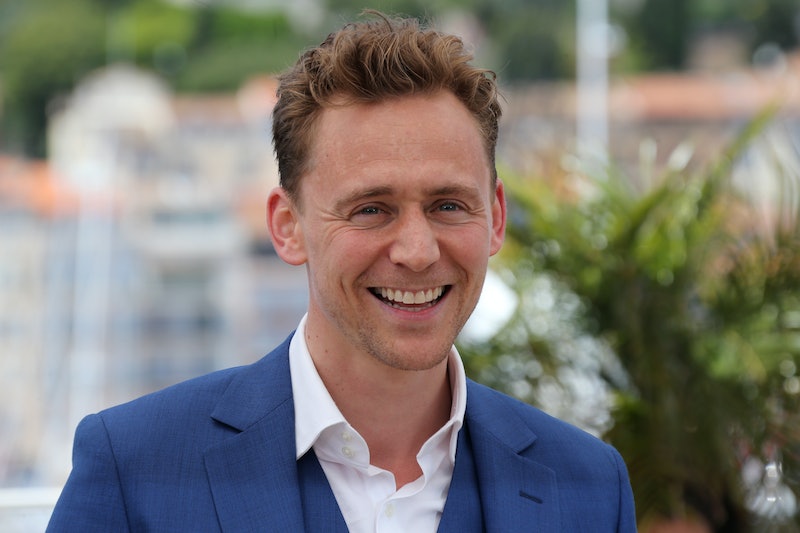 For the past two months, rumors have swirled that Tom Hiddleston and Elizabeth Olsen are dating. The rumors remain just that, but that doesn't mean their fans can't cross their fingers in hope of some romance between these two talents. After all, they've been spotted together on more than one occasion. Plus, sources told Us Weekly in May 2015, that Hiddleston and Olsen "have been hooking up," but that it's definitely "casual." However, that source also said they always "text when they're apart." I can tell you we're not going to figure out for certain if they're dating until one or both confirm it publicly. But until then, I guess we can learn as much as possible about them. Like, how did Hiddleston and Olsen meet?

Similar to many celebrity couples, it appears the 34-year-old actor and 26-year-old actress met at an event, though it's hard to pinpoint the exact moment these two crossed paths for the first time. In 2011, they both attended the War Horse movie premiere. Then, again in 2012, they were both spotted at a fashion show. With that said, it doesn't seem like they got close until they started filming the Hank Williams biopic, I Saw the Light, where Hiddleston plays the titular character and Olsen plays his wife, Audrey Mae Williams. Not much more is known about their first encounter or what it was like during filming, but I can only imagine each encounter went extremely well. After all, this past year they're grabbed lunch, allegedly walked down the street all cozily, and stirred so many romance rumors that Hiddlestoners can't even handle it.

With that said, until more juicy details are revealed, let's imagine what it was like when these two first met. Spoiler alert: it was totally amazing.

Hiddles Was Super Impressed With Elizabeth

Similar to Hiddleston's, Olsen's acting resume is impressive and continues to grow. From Avengers: Age of Ultron to Kill Your Darlings, who wouldn't be impressed?

They Bonded Over Their Marvel Roles

Elizabeth Asked Tom To Do His Best Loki

You know he wanted to know how Michelle Tanner is doing.

There Was An Instant Attraction

And Then They Totally Went Out For A Drink

And that's how they met... probably.

Editor's note: This article originally stated that Hiddleston and Olsen first met while filming I Saw The Light. It has been edited to show that they had interactions previous to this.