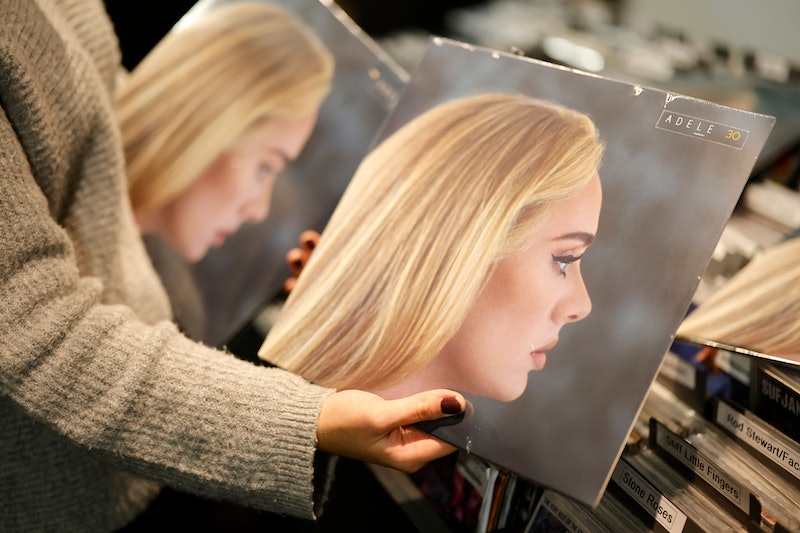 After a wait of six years, the first new Adele album since 2015’s 25 came out on Nov. 19. Upon the 15-time Grammy winner releasing her fourth studio album, 30, fans all over the world completely freaked out and expressed their immediate reactions to the new music on Twitter.

Adele only released one song before 30 arrived in full, choosing the heartbreak ballad “Easy On Me” as the lead single. The track was a glorious return to form for the singer, as it appeals to a mass audience by focusing on the kind of universal pain many people feel after a breakup. The tune quickly became a huge hit, rising to No. 1 on charts in almost every country.

READ NEXT: Adele’s “My Little Love” Has Voice Notes For Her Son

But what’s next? Now that everyone can consume 30 in full, fans have started voicing their opinions about which of the 11 new tunes should become the album’s next single. A handful of songs seem to be rising to the top. Here’s a look at Twitter’s three favorite album tracks on 30, which are the likely candidates to be the next single from the powerhouse vocalist.

“To Be Loved” isn’t just being described as the best song on 30, it’s also being considered as one of the greatest recordings of Adele’s career. In fact, Variety suggested that fans might walk away from the tune “thinking it’s one of the best vocals anyone has ever recorded.” Billboard placed the title at No. 1 on its ranking of the songs on the new album, calling it “the most masterful moment of 30.” Should Adele choose to share the cut as a single, it would be a massive critical success, and it will likely earn her some Grammy love as well.

Adele has worked with hitmakers Max Martin and Shellback only on two songs, and both of them feel tailor-made for top 40 radio. The three teamed up for the 25 single “Send My Love (To Your New Lover),” which became a fast top 10 global hit. For 30, they came together again for the upbeat “Can I Get It,” which deserves to be a single at some point.

In an interview with Rolling Stone, Adele discussed the 30 track “I Drink Wine,” hinting that it might be the album’s second single. While she may have opened up about the cut, it hasn’t been confirmed as the second promotional push for 30. Depending on what fans think, her team may change course and go with something that is clearly more popular, like the aforementioned “To Be Loved” or “Can I Get It.”

More like this
Grammys Host Trevor Noah Made Adele's Dream Of Meeting The Rock Come True
By Brad Witter
Adam Levine & Behati Prinsloo Welcome Their Third Child Together
By Jake Viswanath
Meghan Trainor & Daryl Sabara Are Expecting Their Second Baby
By Jake Viswanath
Beyoncé Just Announced Tour Dates: Here's How To Cuff Tickets To Her 2023 Shows
By Jake Viswanath
Get Even More From Bustle — Sign Up For The Newsletter
From hair trends to relationship advice, our daily newsletter has everything you need to sound like a person who’s on TikTok, even if you aren’t.